The family and supporters of a Sri Lankan woman who died in March while being detained at an immigration center in central Japan have started an online petition to press the Japanese government to release video footage of her in the facility, they said Wednesday.

Speaking in a press conference in Tokyo, a younger sister and supporters of Ratnayake Liyanage Wishma Sandamali, 33, criticized the immigration authorities for refusing to release the footage that could reveal her health condition while in custody. 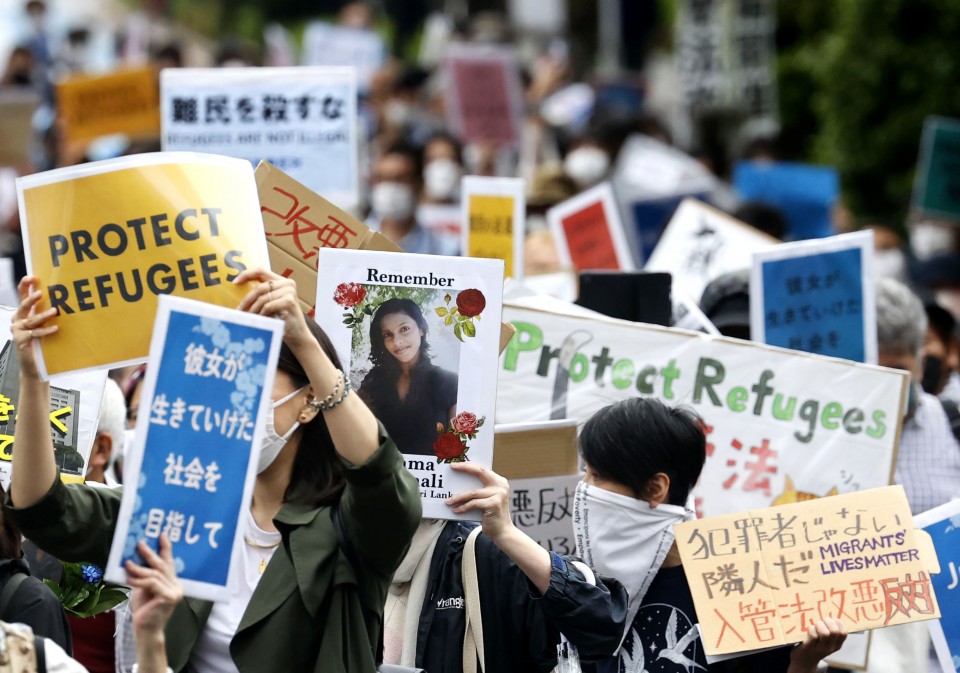 People opposing the revision of Japan's immigration control and refugee recognition law march in Tokyo on May 16, 2021. A photo of Ratnayake Liyanage Wishma Sandamali, a Sri Lankan woman who died in March while being held at the Nagoya Regional Immigration Services Bureau in central Japan, can be seen in the center. (Kyodo) ==Kyodo

Wishma died March 6 after complaining of stomach pain and other symptoms from mid-January while being held at the Nagoya Regional Immigration Services Bureau in Aichi Prefecture. 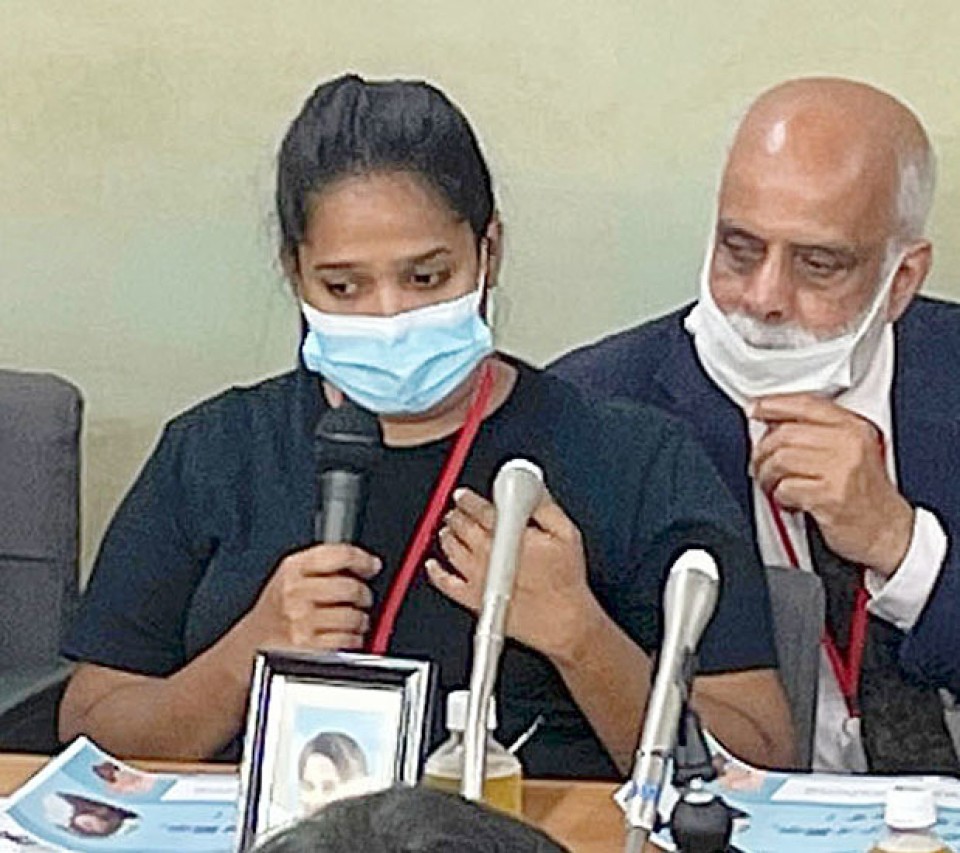 On Wednesday, Wishma's younger sister Wayomi, 28, said in a press conference that she does not believe the Justice Ministry's reports about the incident and she wants to learn the truth about her sister's death.

In an interim report on the incident released on April 9, the ministry did not state the cause of death. Wishma's supporters allege the tragedy was caused by insufficient medical treatment provided by the immigration facility.

Wishma, who came to Japan in 2017 on a student visa, was taken to the facility in Nagoya in August 2020 after overstaying her visa. While being detained at the immigration center, she applied for provisional release for hospital treatment but was denied.

Facing criticism over the alleged improper treatment of Wishma, the Japanese government in May withdrew a bill that would have made it easier to deport individuals ineligible for refugee status.

"If citizens speak out, we can also make the government release the video," said Shoichi Ibusuki, a lawyer for Wishma's family.

Immigration bureau sued for locking up 17 foreigners in small room