Chinese Foreign Minister Wang Yi avoided negatively referencing North Korea on Wednesday after holding talks with his South Korean counterpart Chung Eui Yong in Seoul, even as North Korea fired what appeared to be two ballistic missiles into the Sea of Japan.

"For example, not only North Korea but also other countries are engaged in military acts," Wang told reporters in response to a question about the North's announcement earlier this week that it had launched long-range cruise missiles in a test. 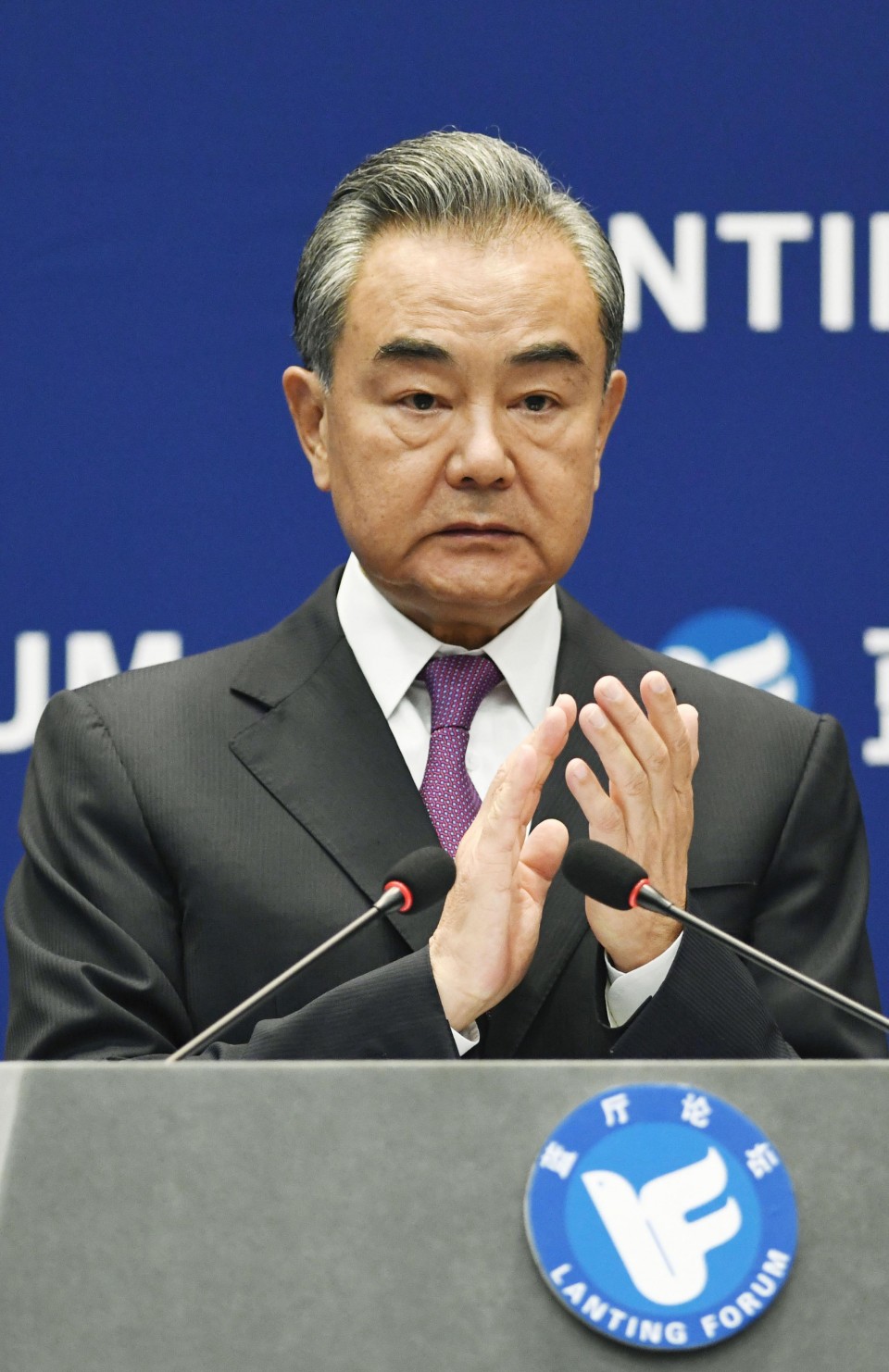 Wang said he hopes all countries will work together in a way that is "helpful to peace and stability on the Korean Peninsula" so that talks with North Korea could be resumed. "We all should make our own efforts to restart talks."

His remarks were apparently aimed at the United States and South Korea, which held a joint military exercise last month despite repeated calls from North Korea that it be canceled.

At an international conference in August, Wang expressed opposition to the military exercise, saying that if the United States hopes to resume dialogue with North Korea, no action that would raise tensions should be taken.

North Korean media said Monday the country successfully carried out tests of a new long-range cruise missile over the weekend, adding they flew for just over two hours before hitting targets 1,500 kilometers away.

And on Wednesday, North Korea fired what appeared to be two ballistic missiles into waters off its east coast, Japanese and South Korean authorities said, with the South's military saying they were launched in the afternoon from a central area of the North.

At the start of Wednesday's meeting, Chung told Wang that South Korea and China have closely cooperated as "core partners" in their common quest for complete denuclearization of the Korean Peninsula and lasting peace on the peninsula, expressing hope for Chinese support in the process.

Wang responded by saying the two neighbors are partners who cannot part ways with each other, adding that bilateral ties should be elevated on the occasion of the 30th anniversary of the normalization of diplomatic ties between the two countries next August.

After the talks, Wang also met with South Korean President Moon Jae In.

Wang arrived in Seoul on Tuesday for a two-day visit.