Shohei Ohtani will make his next pitching start for the Los Angeles Angels on Sunday against the Oakland Athletics, his club said Friday.

He had been tentatively slated to start Friday's series opener against Oakland at Angel Stadium but was kept off the mound after feeling soreness in his arm. 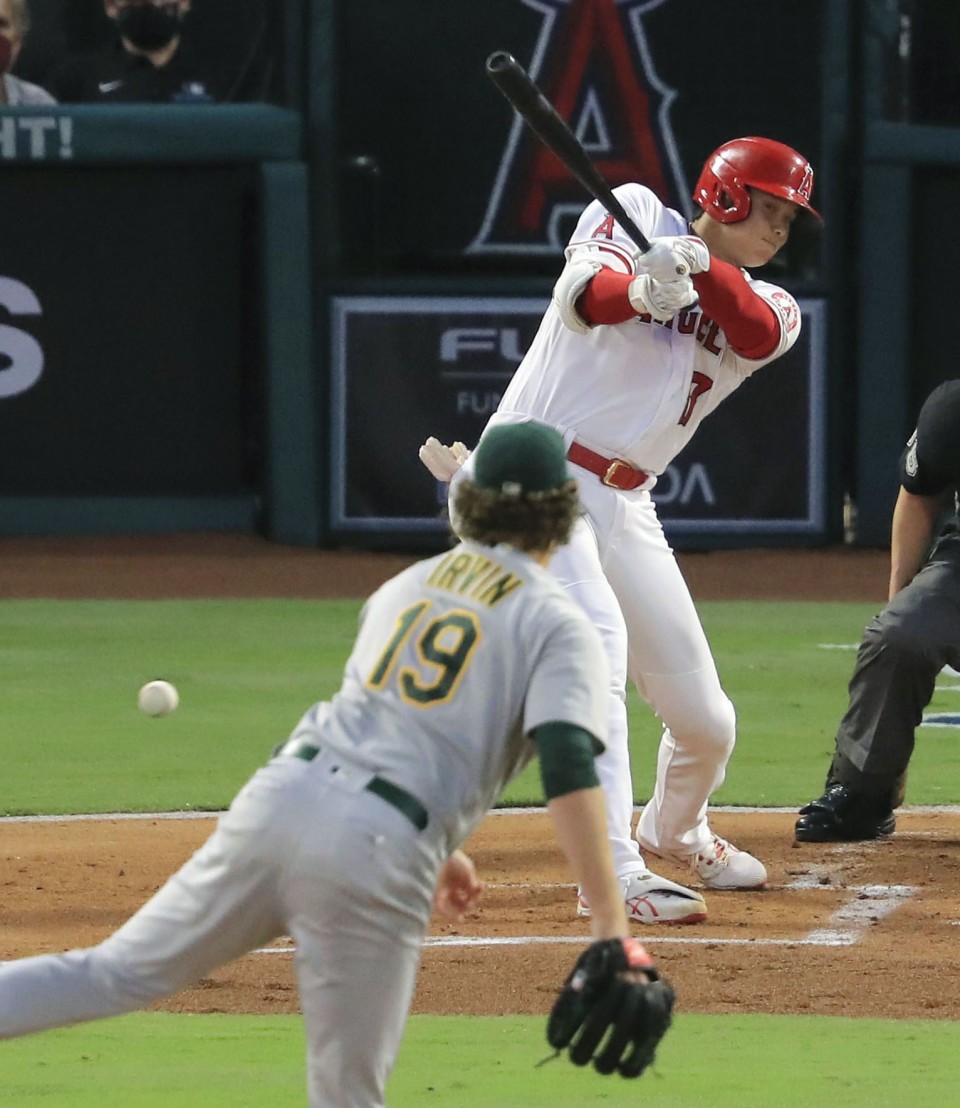 Shohei Ohtani of the Los Angeles Angels singles during a game against the Oakland Athletics on Sept. 17, 2021, at Angel Stadium in Anaheim, California. (Kyodo)

The two-way superstar batted third in the lineup as designated hitter Friday, going 1-for-4 as the Angels fell 5-4 to the Athletics.

At 9-2, Ohtani is one win away from recording double-digit wins and home runs in a single season, the first American or National league player to do so since Babe Ruth in 1918.

The 27-year-old is third in the home run race with 44 big flies, trailing the Toronto Blue Jays' Vladimir Guerrero Jr., with 46, and the Kansas City Royals' Salvador Perez on 45.