Ohtani had been tentatively slated to start Friday's series opener but Maddon told reporters Ohtani came away with a sore arm after playing catch on Wednesday. The team will keep him off the mound while monitoring his condition.

While the situation "hasn't gotten there yet" in terms of shutting Ohtani down as a pitcher, Maddon said "we just have to wait and see" if Ohtani can take the mound for the 22nd time this season.

Ohtani will continue to regularly serve as the Angels' designated hitter.

The 27-year-old Japanese is one win away from recording double-digit wins and home runs in a single season, a feat last accomplished by Babe Ruth 103 years ago. 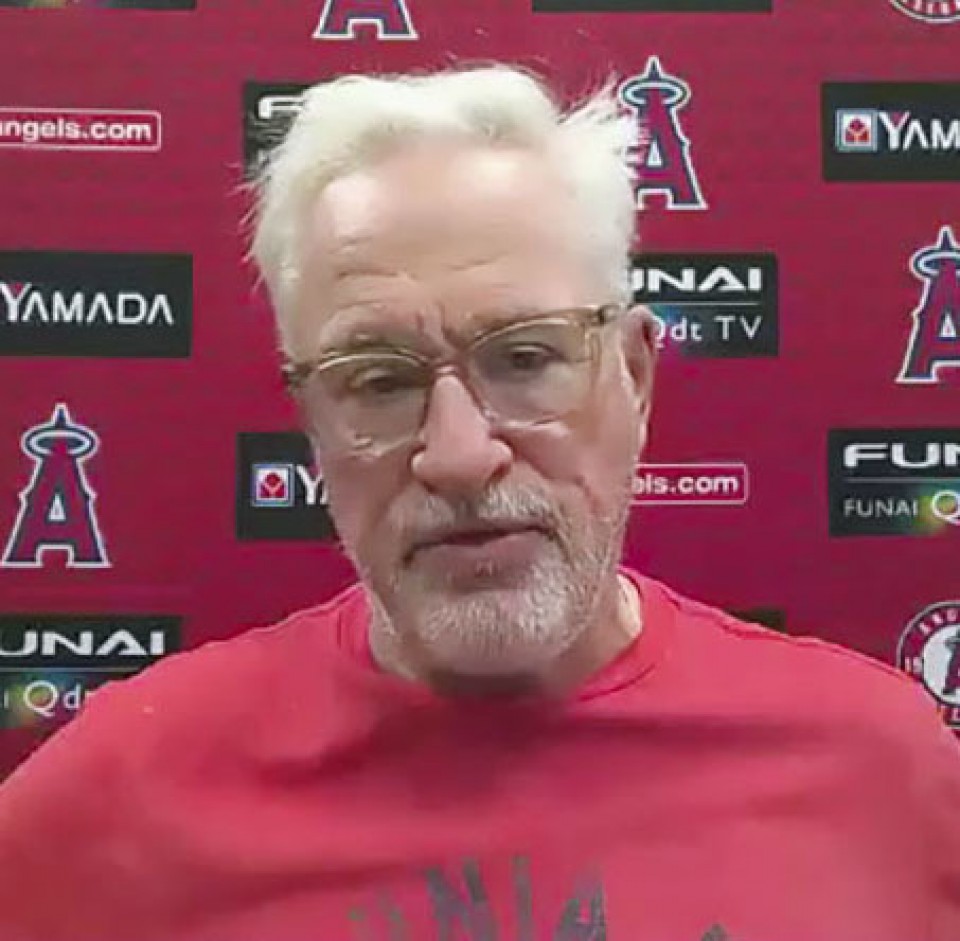 Ohtani is currently third in the MLB home run race with 44, and is 9-2 in 21 starts as a pitcher, a two-way performance comparable to Ruth's highlight 1918 and 1919 seasons.

On Thursday at Guaranteed Rate Field in Chicago, Ohtani went 2-for-4 for his first multi-hit game in nine outings in the Angels' 9-3 victory over the Chicago White Sox. He struck out in his two other at-bats.

There was some controversy in the ninth inning when White Sox reliever Mike Wright was ejected after hitting Ohtani in the calf. White Sox manager Tony La Russa was also thrown out after arguing with the umpires.

La Russa told reporters after the game that Wright was not targeting Ohtani, but Maddon insisted he was.

Alex Cobb (8-3) pitched five scoreless innings for the win in his return from injury. Reynaldo Lopez (3-3), who brought a 2.05 ERA into the game, struggled against the Angels, and was lit up for seven runs -- six earned -- in four innings.