Shohei Ohtani hit his MLB-leading 44th home run but was tagged with his second loss Friday, allowing six runs over 3-1/3 innings in the Los Angeles Angels' 10-5 defeat to the Houston Astros. 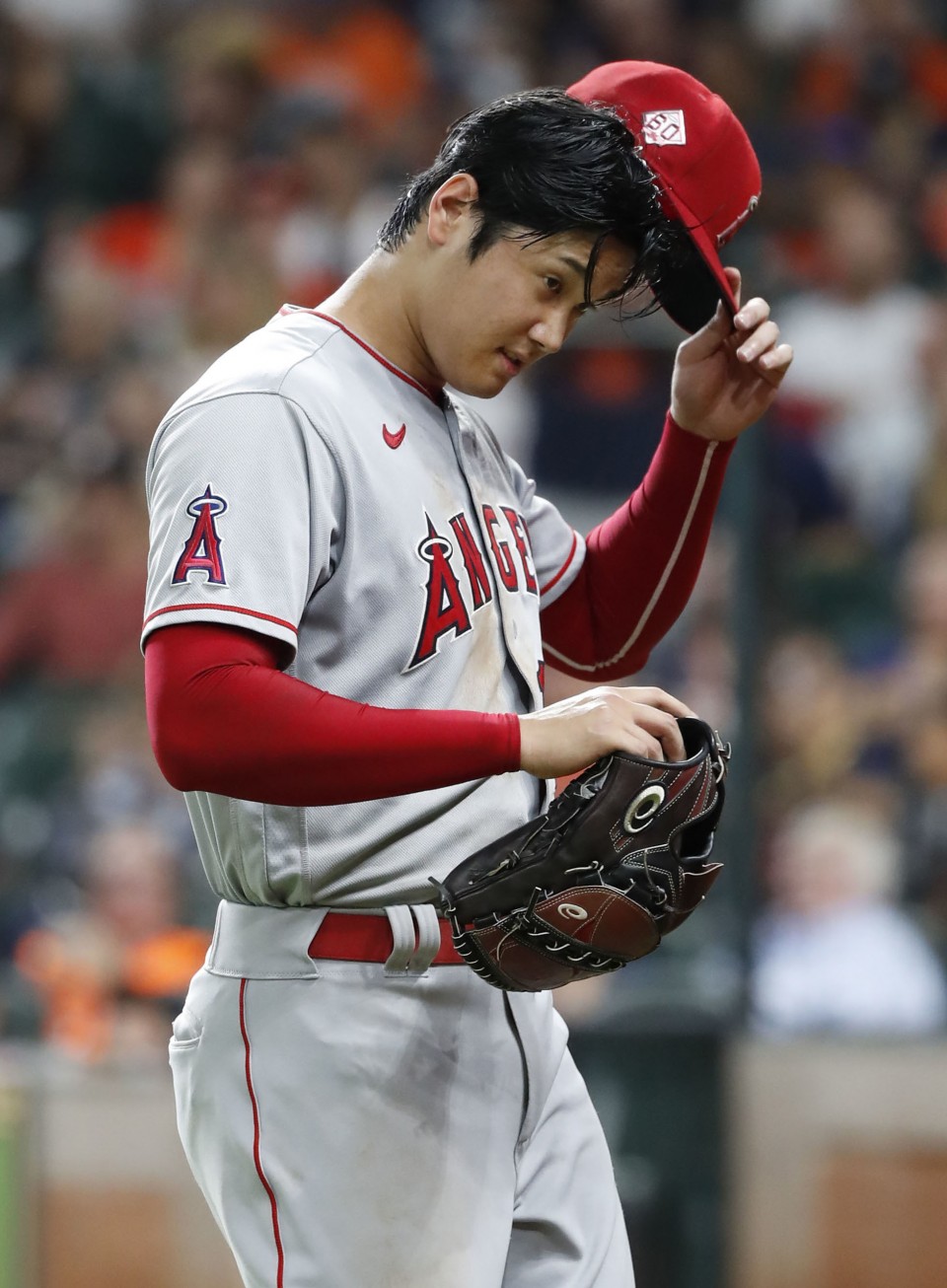 Shohei Ohtani of the Los Angeles Angels leaves the mound during the fourth inning of his team's 10-5 defeat to the Houston Astros in Houston, Texas on Sept. 10, 2021. (Kyodo)

Ohtani, batting second for the Angels in the top of the first, pulled a solo shot off Framber Valdez (10-5) for the opening run. But a rough outing on the mound leaves him a win short of becoming the first American or National league player since Babe Ruth in 1918 to win 10 or more games while hitting 10 or more home runs in a season.

Leading 2-0 with a runner on second and two outs in the third, Ohtani (9-2) surrendered three straight RBI hits and the lead. The Angels scored twice in the top of the fourth to again go ahead 4-3, but Ohtani could not hold that lead either.

"I just didn't pitch very well. I would miss with pitches I wanted them to hit into outs, and was a little unlucky," Ohtani said. "I didn't have a single easy inning."

With Astros runners on second and third after a hit batsman, a single and a wild pitch, Jose Altuve singled in the tying run to chase Ohtani.

Angels reliever Andrew Wantz retired the first batter he faced, but Alex Bregman, whose third-inning RBI single put Houston on the board, doubled in two with two outs to give the Astros the lead for good. 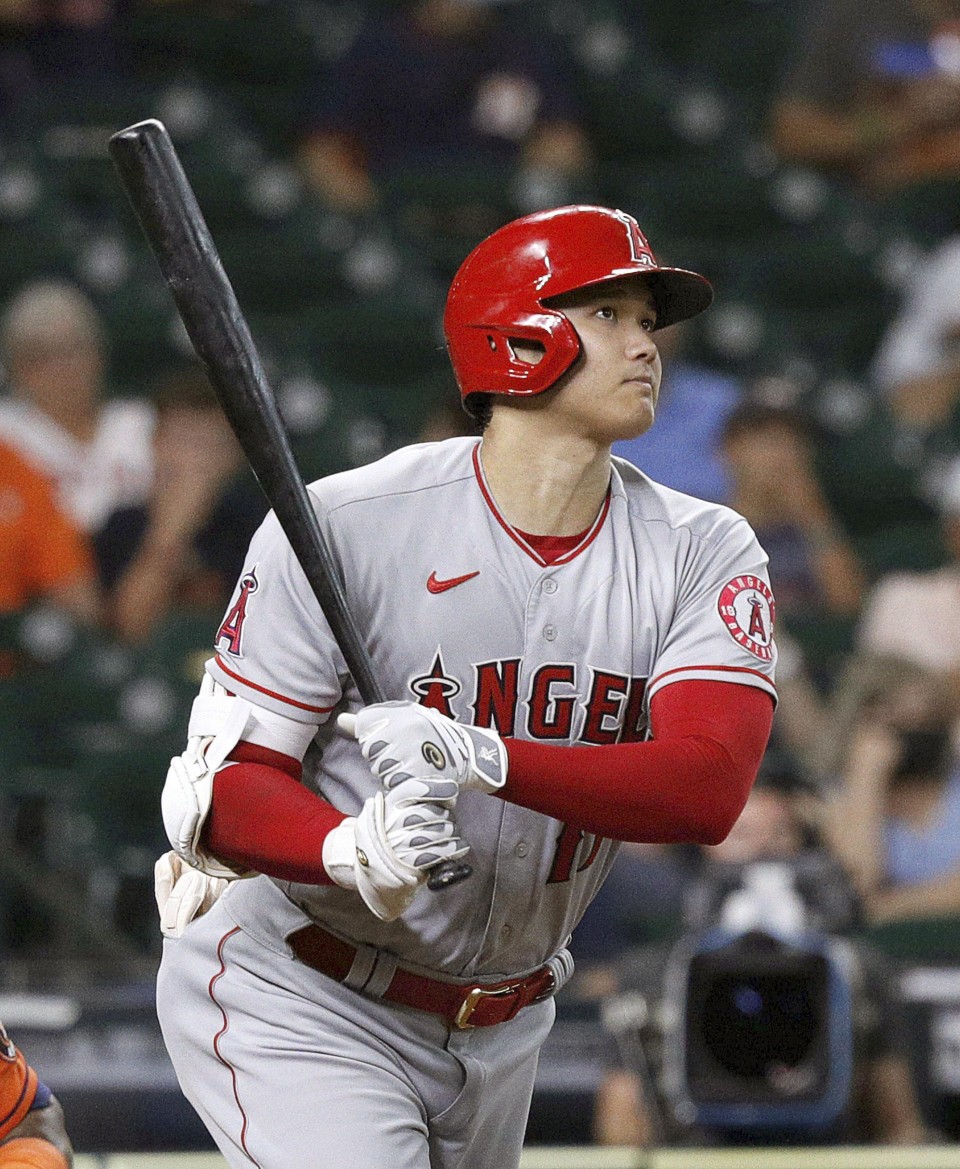 Shohei Ohtani of the Los Angeles Angels hits a home run in the first inning of a game against the Houston Astros in Houston, Texas on Sept. 10, 2021. (Getty/Kyodo)

Ohtani allowed nine hits and a hit batsman in a 77-pitch effort, ending his run of eight straight winning decisions. After his 44th homer, Ohtani walked in the third and was walked intentionally in the fourth. Vladimir Guerrero of the Toronto Blue Jays and Salvador Perez of the Kansas City Royals both trail Ohtani by two home runs.

"(The home run race) motivates me," Ohtani said. "I want to do my best everyday so that I don't finish second best."

Yoshitomo Tsutsugo went 1-for-3 with a walk in the Pittsburgh Pirates' 4-3 walk-off, comeback win over the Washington Nationals.