Four candidates running to become Japan's next prime minister stepped up their campaign on Saturday to broaden support among grassroots members of the ruling Liberal Democratic Party ahead of a party presidential election next week.

The latest round of the LDP leadership race draws a contrast with previous ones as the coronavirus pandemic has made it difficult for the candidates to visit regional areas to hear the voices of local party members whose votes count. 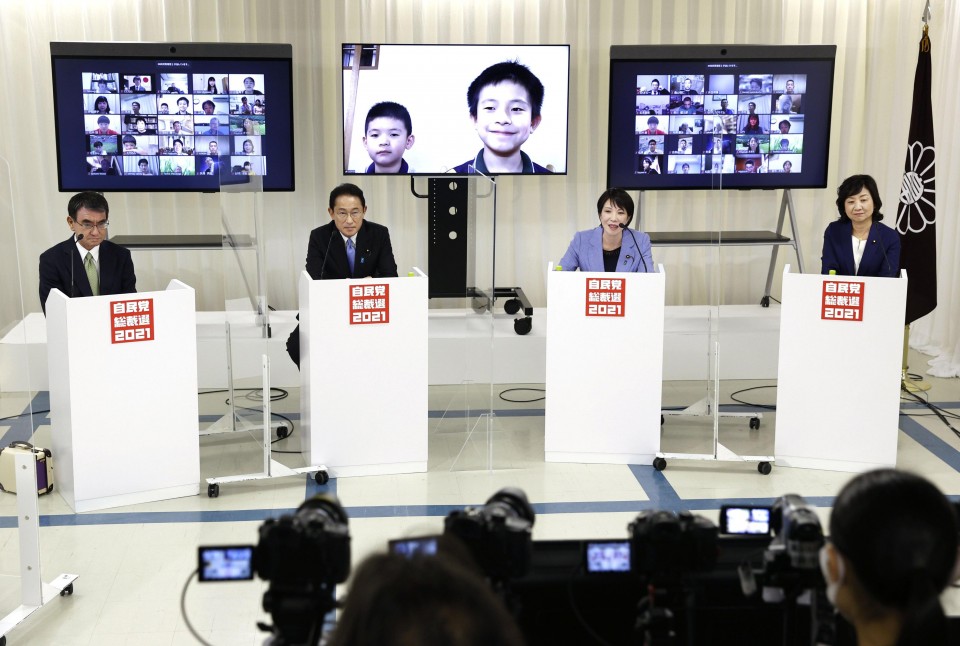 The winner of Wednesday's election is almost certain to succeed incumbent Yoshihide Suga as prime minister, as the ruling LDP controls the House of Representatives, the powerful lower chamber of parliament.

The next leader will experience his or her first lower house election this fall as party chief.

"We have to be seriously thinking about how we can offer agricultural products and tourism that are high quality and with added value. Both need to look to the world," Kono told the forum involving citizens.

Kono said Japan needs to promote inbound tourism that would have a "good influence" on regional economies, and that one challenge for the country is how to draw wealthy visitors.

Japan has set a goal of targeting 60 million foreign visitors to Japan in 2030 but the pandemic has depressed inbound tourism due to travel restriction. The number stood at 4.12 million in 2020.

Kishida said tourism has "big potential" for regional economies. If elected, he said he will upgrade the government's subsidy program to spur local tourism by making use of vaccine certificates or negative test results for COVID-19.

Takaichi and Noda -- aspirants to become Japan's first female prime minister -- both pinned hopes on the power of the country's pop culture forms such as anime and movies in drawing tourists.

On agriculture, the four candidates underscored the need for Japan to raise its food self-sufficiency rate.

Both Kono and Noda said the country needs to nurture and support people engaged in farming.

"We need to make agriculture a profitable business," Kishida said.

Takaichi, meanwhile, unveiled an idea to promote exports of gluten-free rice flour to the U.S. and European markets as a government policy.

The event was the third of four virtual town hall sessions the LDP has organized so that the candidates can answer questions from citizens on issues ranging from COVID-19, economic policy and diplomacy to constitutional reform, a goal that the party wants to achieve.