Three of the four candidates for Japan's next prime minister on Thursday encouraged more elderly people to stay on the job and contribute to the public pension system in a bid to ensure its sustainability amid the country's rapidly aging population. 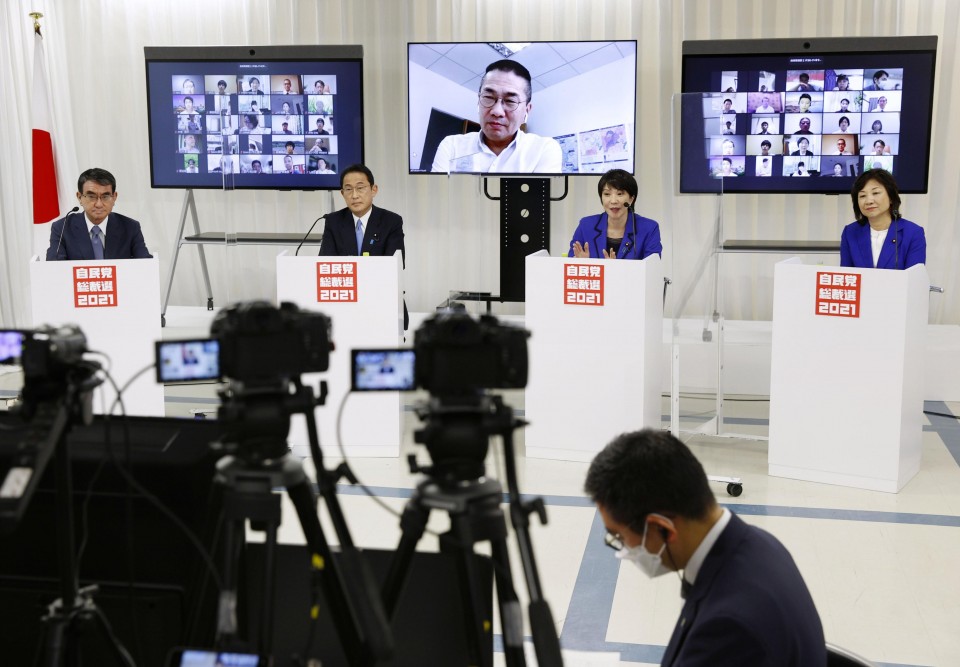 Speaking in the meeting involving about 100 citizens online, Takaichi said the government can oblige companies to keep employing people until they turn 70.

Kishida said age should not be the sole criterion which divides workers and retirees. "I would like elderly people with the will and ability to join as backers" of the system, he said.

Noda said the declining birth rate is behind rising concerns about the future of the pension system, and that it is vital to increase the number of people shouldering the system.

Government data show the number of people aged 65 and older totals an estimated 36.40 million, accounting for 29.1 percent of Japan's total population, the highest level on record.

Meanwhile, the fourth candidate, vaccination minister Taro Kono, did not go into details, only saying it is important for the government to show various options and discuss with people after presenting data on the nation's pension system.

"What we must defend is our pension lives in the future, not the pension system itself," Kono said.

Kono has drawn questions from his rivals after proposing creating a guaranteed minimum portion of public pension that would be fully financed by tax revenues instead of premiums.

Kono has yet to show the size of a fiscal source for the proposal and the margin of a possible increase in the consumption tax to that end.

Kishida, in contrast, has said he would not raise the consumption tax from the current 10 percent for about 10 years.

The LDP vote will virtually decide the successor to Prime Minister Yoshihide Suga as the party currently controls the House of Representatives, the powerful lower chamber of parliament.

In Thursday's 90-minute session, the four hopefuls answered questions from the citizens on issues ranging from the coronavirus pandemic, economic and fiscal policies to digital transformation of society and social security.

Given the situation over the COVID-19 pandemic, the LDP is to hold the meetings in a virtual format for four days through Sunday, rather than the barnstorming presidential candidates have traditionally carried out.

The four contenders are set to focus on diplomacy, national security, the environment and energy on Friday, and disaster risk reduction, national resilience, tourism promotion, as well as agriculture and fisheries on Saturday.

On Sunday, they will exchange views on constitutional amendment, measures against the falling birth rate and population, regional revitalization, the promotion of sports and culture, as well as investment in education and human resources.