Ministerial-level defense representatives from Japan and 13 Pacific island countries vowed on Thursday in an online meeting to tighten cooperation to maintain maritime order amid China's increasing military activity in the region.

The participants in the first such gathering affirmed the importance of promoting a free and open Indo-Pacific, their joint statement said. The concept is an initiative by the United States and Japan, apparently aimed at countering Beijing's rising assertiveness in the nearby waters and its growing economic influence in the region.

The representatives agreed on the need for their "mutual understanding and trust-building to address challenges for regional security," the statement said. 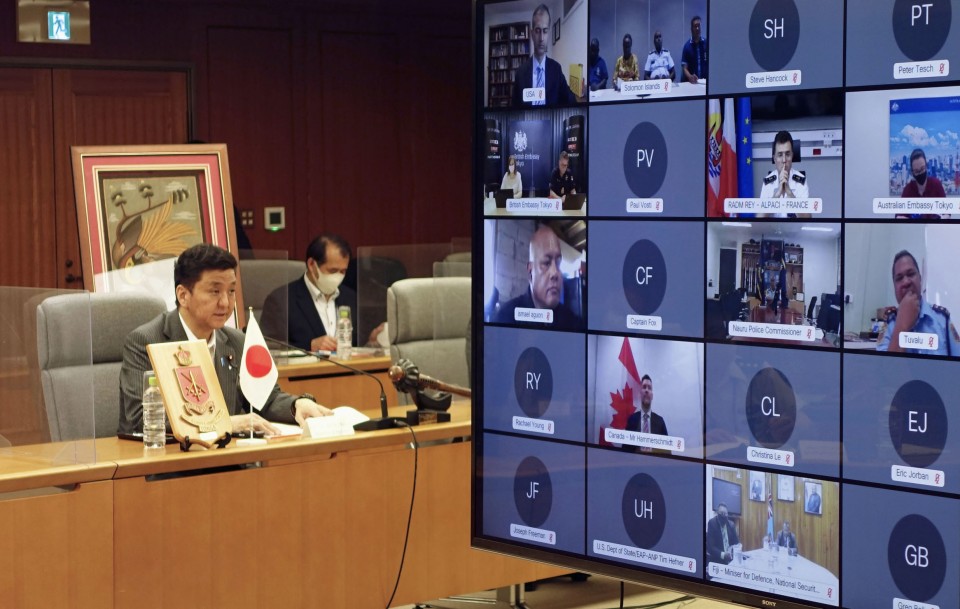 Japan's Defense Minister Nobuo Kishi noted during the meeting that the Pacific region faces new challenges, including defending against authoritarianism, according to the Japanese ministry, in a veiled reference to China.

"We need to strengthen our ties," said Kishi, who chaired the meeting called the "Japan Pacific Islands Defense Dialogue."

The gathering follows a meeting of Japan and Pacific island countries' leaders in July when they also agreed on cooperation under the free and open Indo-Pacific initiative.

China's military activities are expanding in the East and South China seas, conducting more exercises with fighter jets and naval vessels, including its aircraft carrier Liaoning, in the region.

The islands are of strategic importance to Tokyo in both the economic and security arenas, the Japanese government has said. China has provided loans and development assistance for projects such as the construction of infrastructure facilities in the region, which could increase its presence among them.

Cooperation for disaster relief and climate change were also discussed at the meeting as these island nations are concerned about rising sea levels.

The countries also affirmed their commitment to "achieving the complete, verifiable and irreversible dismantlement" of North Korea's nuclear and other weapons of mass destruction programs, the statement said.

Samoa could not participate in the online meeting due to technical difficulties.