Japanese nongovernmental organization Peace Boat has brought more than 170 survivors of the 1945 atomic bombings of Hiroshima and Nagasaki around the world to date, telling people across the globe of their experiences and calling for the abolition of nuclear weapons.

While the outbreak of the coronavirus pandemic forced a halt to ocean voyages in early 2020, reducing the chances for atomic bomb survivors, known as hibakusha, to interact with others directly, it has also brought about opportunities for them to reach previously inaccessible areas virtually.

Hibakusha participants and staff of an Orizuru Project voyage made on the occasion of the 70th anniversary of the atomic bombings return to Yokohama port in July 2015. (Photo courtesy of Peace Boat)(Kyodo)

"Every second counts for the survivors," also known as "Orizuru Project Online," was launched last October with the aim of reaching 190 countries. In the 10 months since its launch, online testimonies have already been held 37 times, reaching over 30 countries and 2,400 live viewers in total worldwide.

In the latest session held Aug. 9, the 76th anniversary of the bombing of Nagasaki, Shizuko Mitamura presented her testimony online with Peace Boat for the first time, sharing her story to an audience in France.

When the bomb dropped, Mitamura, then 3 years old, was having a meal with her brother and two sisters at their home around 4 kilometers away from the hypocenter. White ash believed to have been radioactive fallout from the blast had fallen on their rice, but not knowing what it was, Mitamura and her siblings continued eating.

The effects of that radioactive exposure have rippled down the generations, with not only Mitamura and her sisters suffering from various types of cancer, but their daughters also. A number of them subsequently died from the illness, but the turning point came when cancer also took Mitamura's own daughter around 10 years ago.

"That was when I really felt war is not right," Mitamura said, adding that it became a catalyst for her to become more active as a storyteller. She joined Peace Boat's inaugural Orizuru project voyage in 2008 and again in 2015, the year of the 70th anniversary of the bombings.

Now 79, Mitamura regularly volunteers as a guide with her husband around sites related to the bombing, such as the Shiroyama Elementary School ruins and the Nagasaki Atomic Bomb Museum.

Officially known as "Global Voyages for a Nuclear-free World" in English, the project was launched as a one-time event, but its huge impact on the 103 atomic bomb survivors who participated made organizers decide to continue it annually.

"We felt that we shouldn't stop with just one event, but since we couldn't have 103 or 100 people each time, we decided to make it sustainable by having a group of about 10 or 20 people each year," said Peace Boat International Coordinator Rika Watanabe. 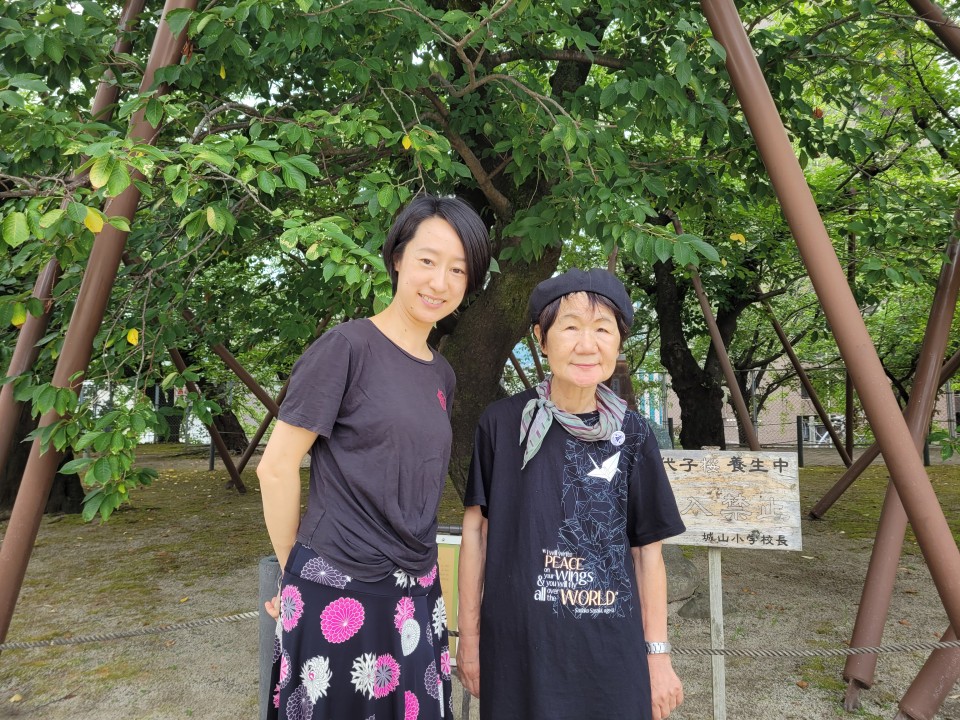 Over 18 voyages have been made as part of the project to date, with hibakusha bringing their message to all corners of the globe. But while the hibakusha often go with the intent of sharing their experiences of suffering, they often find themselves being touched instead, according to Watanabe.

She described the feelings of solidarity hibakusha share when they meet other victims of war, such as those of Agent Orange in Vietnam, and survivors of the Auschwitz concentration camp in Poland.

Although nothing can quite compare to meeting and interacting with locals in various countries, Watanabe says that online events, which usually last up to two hours, bring their own advantages.

"If you can communicate in a language, you can cross borders and get people together in one place," she said, describing a time when listeners from Kyrgyzstan, Uzbekistan and Tajikistan tuned in for a session held in Russian.

The virtual events have also enabled Peace Boat to reach out to inland countries such as Mongolia, which were previously inaccessible due to their lack of ports.

For hibakusha living overseas like Junko Watanabe, who has joined in four voyages including the inaugural trip, online events are especially convenient as there is no need for them to fly first to Japan, from where Peace Boat cruises depart.

Born in November 1942, Junko was only 2 years old at the time of the Hiroshima bombing, and moved to Brazil in 1967 after getting married. Too young to remember anything from the day, she only learned she was a hibakusha when she returned to visit her parents in Hiroshima at the age of 38.

Her parents told her she had been exposed to radioactive "black rain" that had fallen following the 1945 U.S. atomic bombing, around 18 km from its hypocenter. They said she had developed such severe diarrhea afterward that they were worried she might die at one point. 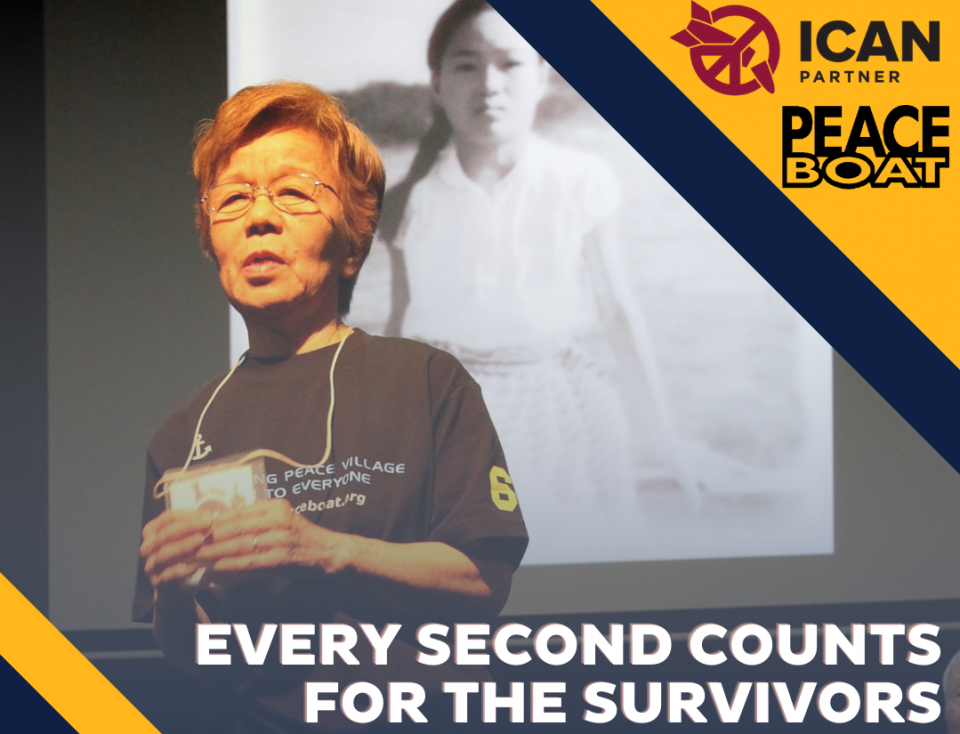 Junko at first thought she had no right to speak as an A-bomb survivor given she had no memories of the day. But after seeing there were fewer and fewer hibakusha left, Junko felt she too needed to do what she could to keep the lessons of that day alive.

"I am a hibakusha with no memory of that time, so I cannot talk about my own experience," Junko said. "But within me are the thoughts, words and expressions I have gained from interacting with hibakusha who do remember, and I can continue to talk about that."

In January, over 100 people from Brazil listened to her give her testimony online in Portuguese. A few months later in April, she spoke to around 40 students and staff of the University of North Carolina Greensboro in the United States. All from the comfort of her own home.

"When we first started (online events), it was as an alternative since all cruises were suspended, but we've found that it has its own merits," Watanabe said. "Our activities are currently 100 percent online, but in the future we would like to find a good balance between the ship voyages and online events."