North Korea seems to have resumed operations of its main nuclear reactor in Yongbyon, the U.N. atomic agency has said, as the country's denuclearization talks with the United States have been stalled for about two years. 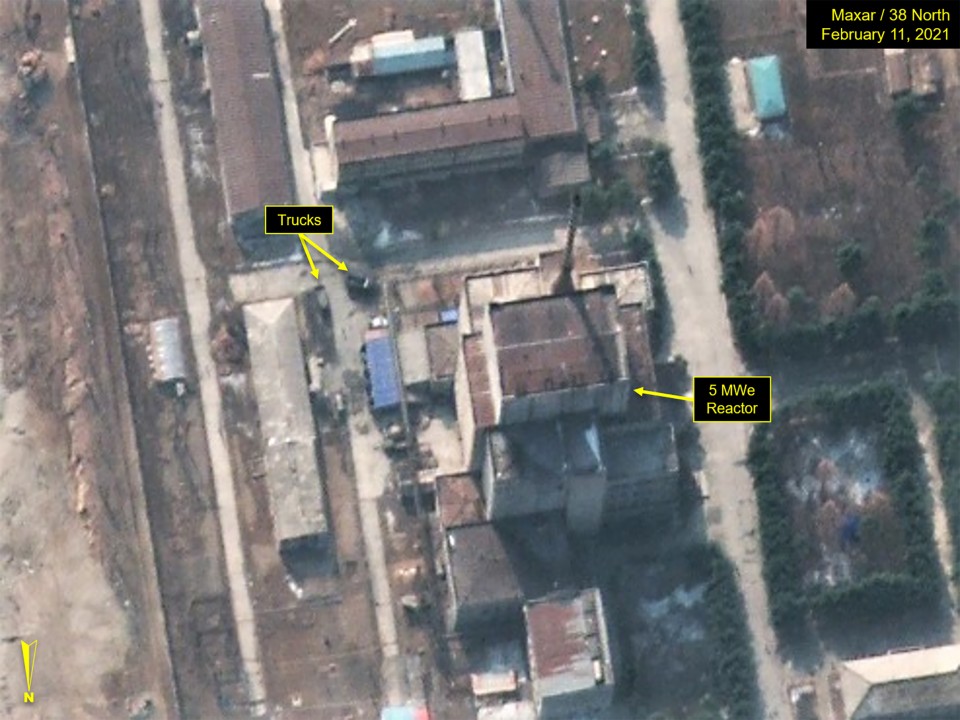 Since early July, there have been indications that North Korea restarted operations of a 5-megawatt reactor at the nuclear complex in Yongbyon, north of Pyongyang, the IAEA said. Operations of the reactor are believed to have suspended since around December 2018.

The United States believes the report underscores the "urgent need for dialogue and diplomacy" with North Korea toward achieving the complete denuclearization of the Korean Peninsula, a senior official of the administration of President Joe Biden said.

"We continue to seek dialogue with the DPRK so we can address this reported activity and the full range of issues related to denuclearization," the official added. DPRK is the acronym of the Democratic People's Republic of Korea, North Korea's official name.

The official also said the United States is closely coordinating with its allies and partners on developments regarding North Korea, apparently referring to countries like Japan and South Korea.

The Biden administration, which announced in late April the end of its months-long policy review on North Korea, has vowed to take a "calibrated, practical approach" that will explore diplomacy with Pyongyang.

Past U.S. administrations have sought to denuclearize North Korea to no avail, including Biden's predecessor Donald Trump who engaged in unprecedented summit diplomacy with the North Korean leader.

At their summit in Hanoi in February 2019, Kim and Trump fell short of a deal over the gap between Washington's insistence on denuclearization and Pyongyang's demand for economic sanctions relief.

Trump said Kim pledged to "totally" dismantle the Yongbyon nuclear complex used to produce weapons fuel, but the lifting of the sanctions would require Pyongyang to scrap other nuclear facilities and programs, including undeclared ones.

During a ruling party meeting in January 2021, meanwhile, Kim promised to strengthen his country's military capacities and bolster its nuclear arsenal.