Shohei Ohtani went 2-for-3 and took his season's tally to 112 hits, his best in four Major League seasons, as the Los Angeles Angels came from eight runs behind to beat the Detroit Tigers 13-10 in Thursday's day game.

The two-way star, who on Wednesday night hit a major league-leading 40th home run and pitched a career-high eight innings for his eighth win, showed no signs of fatigue as he drove in a run, scored two runs and drew two walks in a game to remember at Comerica Park. 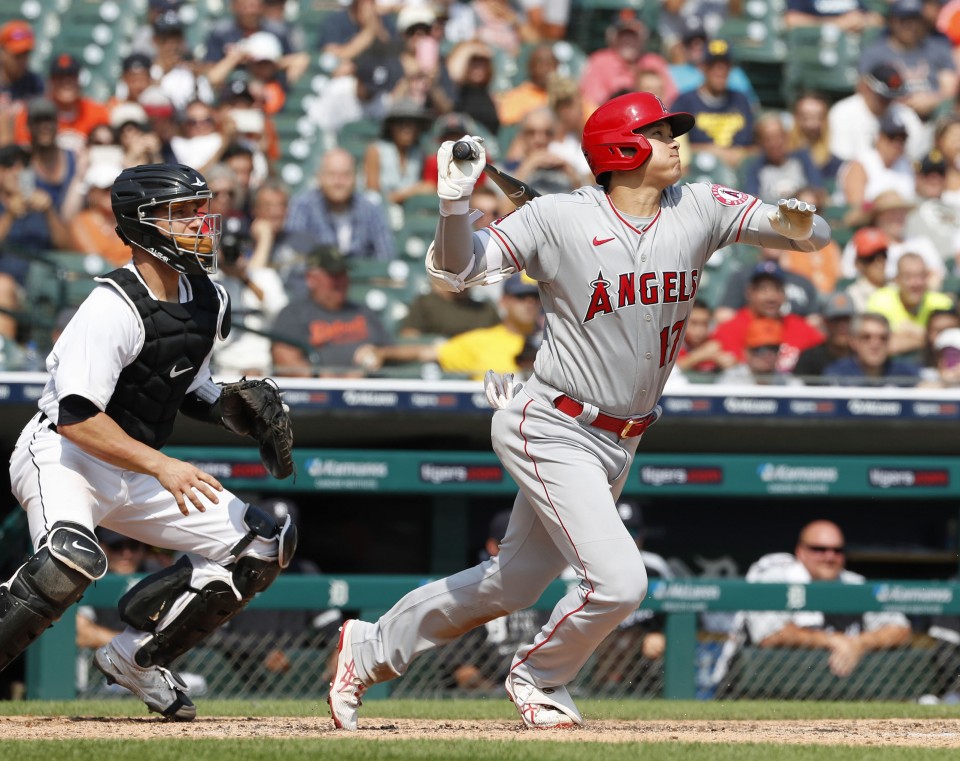 Shohei Ohtani of the Los Angeles Angels hits a single in the sixth inning of the game against the Detroit Tigers on Aug. 19, 2021, at Comerica Park in Detroit, Michigan. (Kyodo) ==Kyodo

Ohtani had a single in the third inning before legging out an infield single and coming home in the Angels' six-run sixth when they forced their way back into the game from 10-2 down.

The Angels finally took the lead in the eighth when Max Stassi, who had three hits on the day, blasted a two-run home run off Michael Fulmer (5-5) and Ohtani gave his team a breathing space with a one-out sacrifice fly that plated the team's 12th run.

Skipper Joe Maddon said he was not intent on playing Ohtani due to the tight schedule, but got the thumbs up from the 27-year-old to play his 117th game of the season as a batter.

It was Ohtani's first game with multiple hits in four outings, while the victory tied the Angels' biggest come-from-behind win set in 1986.