Batting leadoff as designated hitter, the two-way star singled in the first and fifth innings but did not add to his major league-leading 39 home runs. 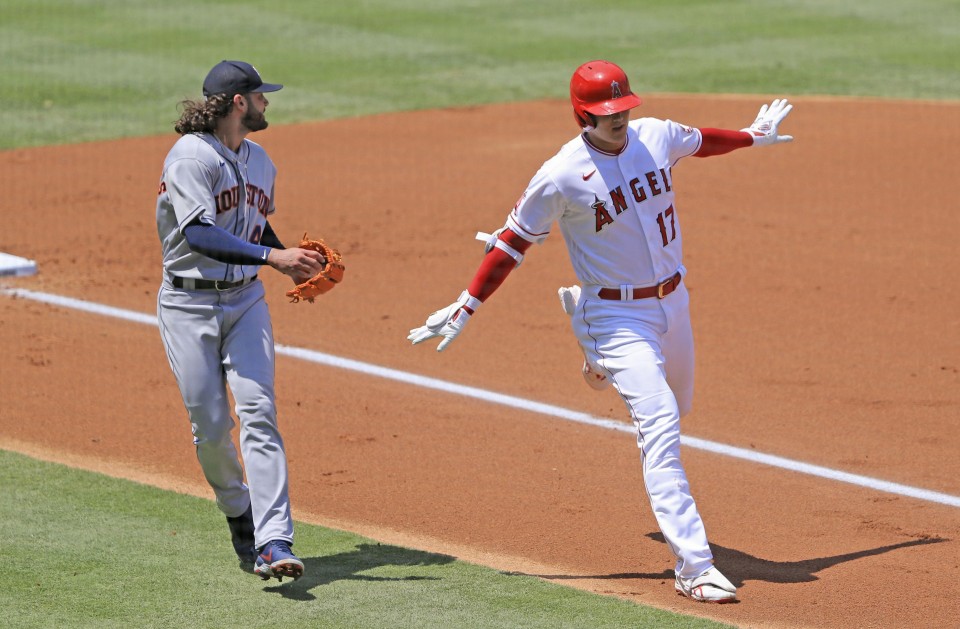 Shohei Ohtani (R) of the Los Angeles Angels reaches base on an infield single in the first inning against the Houston Astros on Aug. 15, 2021, at Angel Stadium in Anaheim, California. (Kyodo) ==Kyodo

The Halos broke a 1-1 tie in the bottom of the sixth at Angel Stadium when Joe Adell grounded into a force out, allowing Phil Gosselin to score.

Ohtani (7-1) will make his next pitching start Wednesday on the road against the Detroit Tigers, the Angels announced Sunday.

In his previous start on Thursday, he led the club to a 6-3 win over the Toronto Blue Jays, winning his sixth straight decision. 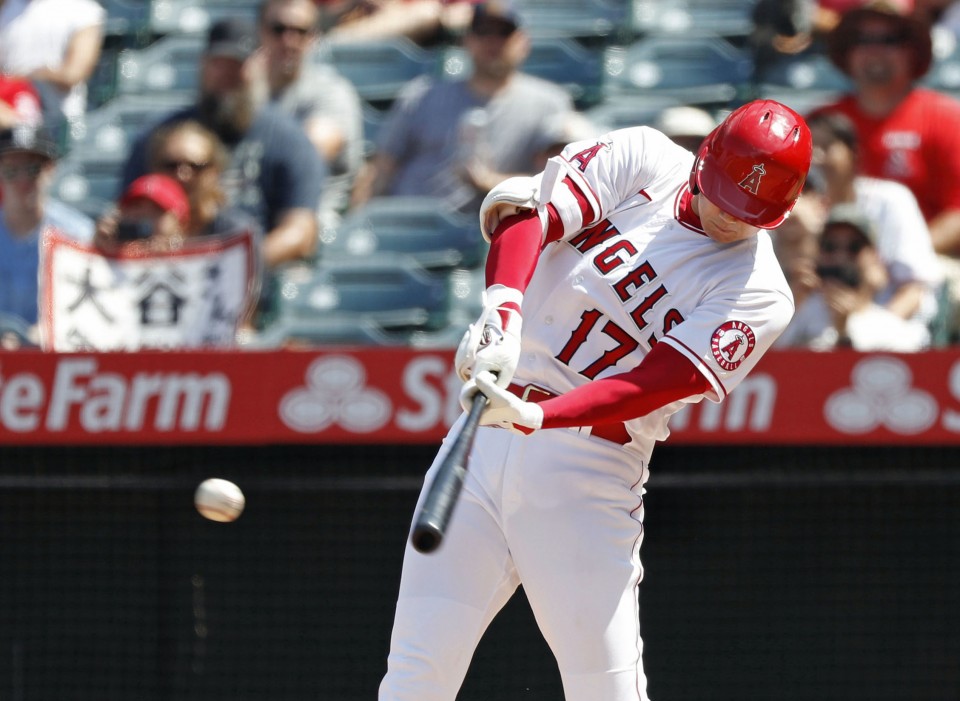 Shohei Ohtani of the Los Angeles Angels hits a single in the fifth inning against the Houston Astros on Aug. 15, 2021, at Angel Stadium in Anaheim, California. (Kyodo) ==Kyodo

The right-handed pitcher has the chance to become the first player to record double-digit wins and home runs in a season since Babe Ruth in 1918.

At Philadelphia's Citizens Bank Park, Shogo Akiyama helped the Cincinnati Reds to a 7-4 win over the Phillies, batting 2-for-4 with two RBIs after starting in center field.

The San Diego Padres have placed Yu Darvish on the 10-day injured list after he made an early exit from his most recent start with lower back tightness. The right-hander will miss at least one start while recuperating.