Shohei Ohtani earned his seventh win Thursday, holding the Toronto Blue Jays to two runs over six innings and scoring a run to guide the Los Angeles Angels to a 6-3 win.

Ohtani (7-1) continued his solid form on the mound, winning his sixth straight decision after allowing three hits, three walks and striking out six at Angel Stadium. 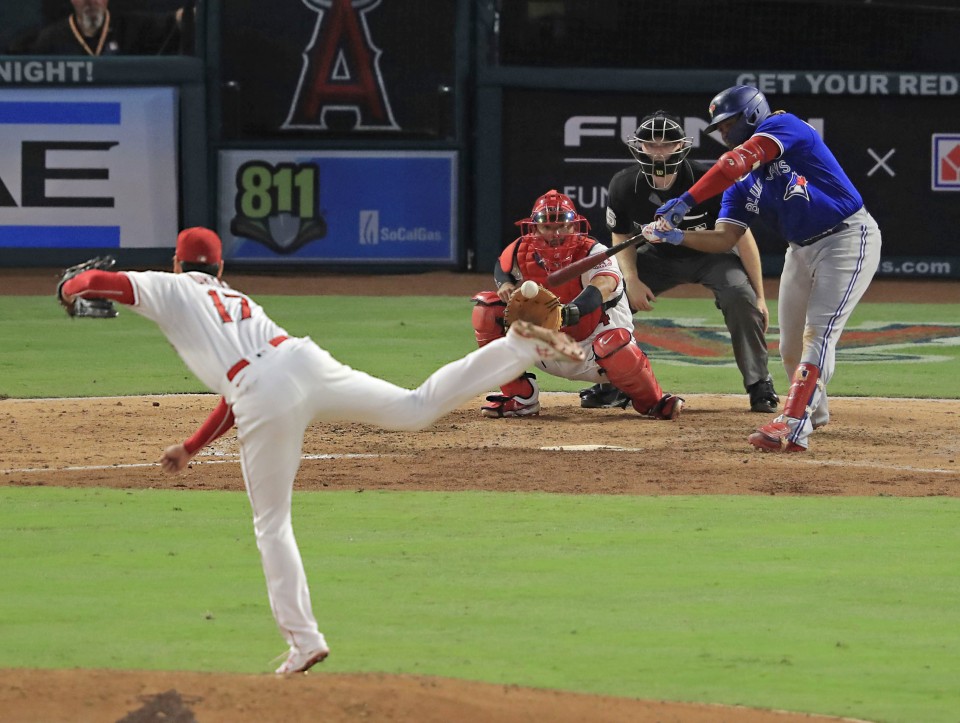 "My mechanics weren't great, but my thinking was to not let a lot of runners on and that went well," Ohtani said of his pitching.

The two-way star batted first and went 1-for-3, drew a walk and doubled in the first-inning off Jose Berrios (8-6). He also went head-to-head with fellow American League MVP candidate Vladimir Guerrero Jr., whose 35 home runs are second in the majors to Ohtani's 38.

"It was fun," Ohtani said of pitching against Guerrero, who singled in the first inning. I walked him in the end (in the sixth) but I threw him a lot of good pitches." 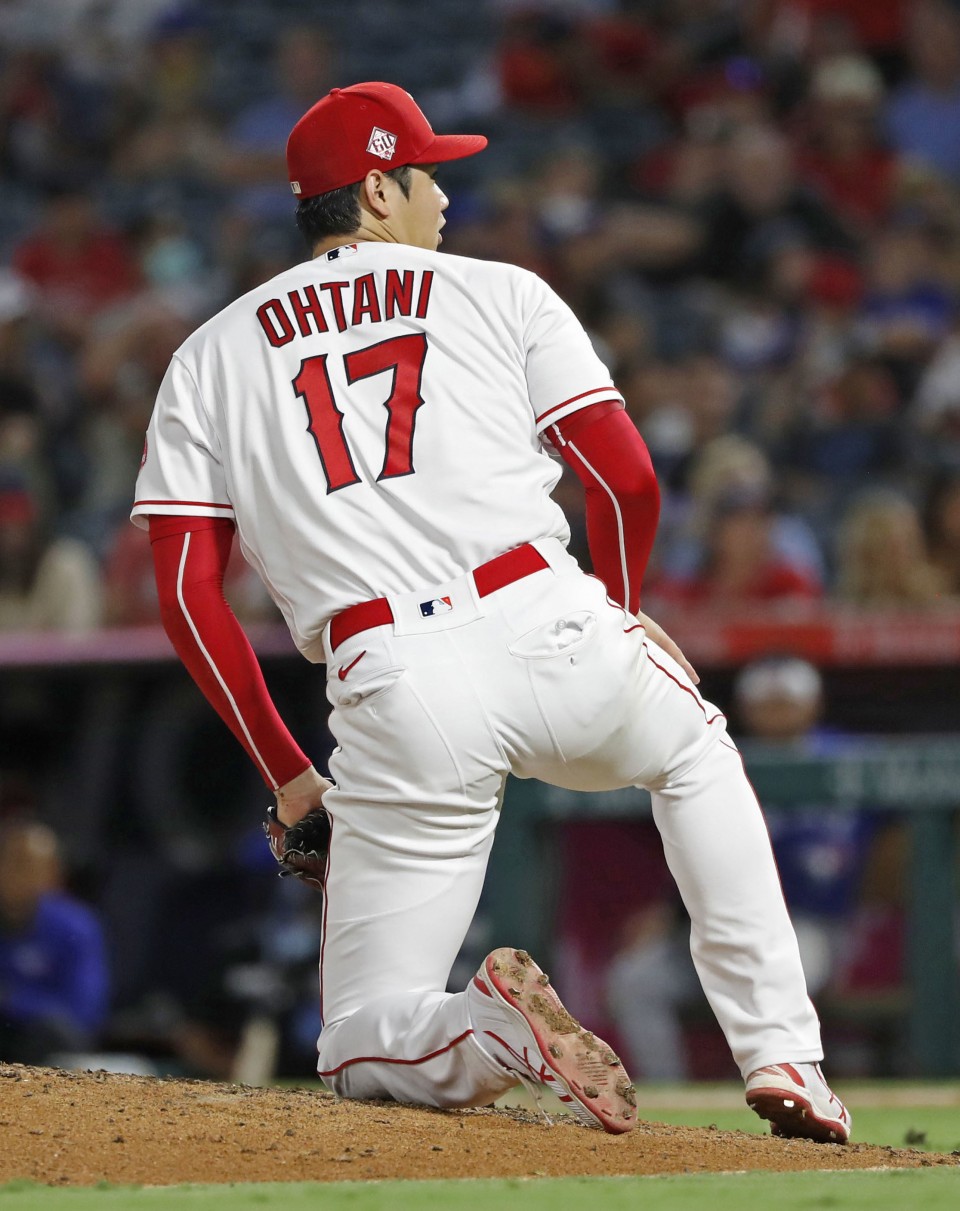 Shohei Ohtani of the Los Angeles Angels slips on the mound while throwing a pitch to Vladimir Guerrero Jr. of the Toronto Blue Jays in the sixth inning at Angel Stadium in Anaheim, California, on Aug. 12, 2021. (Kyodo) ==Kyodo

The right-hander took a 5-0 lead into the fourth, when he allowed both his runs. It was the only inning he found himself in a tight spot.

In Phoenix, Arizona, San Diego Padres right-hander Yu Darvish left the mound due to what the team called "lower back stiffness" as he allowed five runs in just 2-2/3 innings in a 12-3 loss to the Arizona Diamondbacks. It matched his shortest start in the big leagues.

Darvish (7-7) gave up six hits and a walk while fanning four. The Padres scored two first-inning runs but Darvish, who had a 1-2-3 inning in the second, allowed all his runs in the third.

In July, the right-hander was sidelined with discomfort in his left hip. Padres manager Jayce Tingler said the team will see how Darvish responds to treatment.