Taliban declare amnesty in Afghanistan, vow to include women in gov't

The Taliban on Tuesday declared an "amnesty" across Afghanistan and urged women to join their government, while pledging not to retaliate against anyone following a weekend takeover of power that prompted frantic departures of people fearing the return of strict Islamic rule.

In the first press conference since the Taliban seized control of Afghanistan, a press officer of the militant group said, "Women in our country have the right to participate in such fields as education and welfare."

Women's rights will be respected under Islamic law, the officer added. 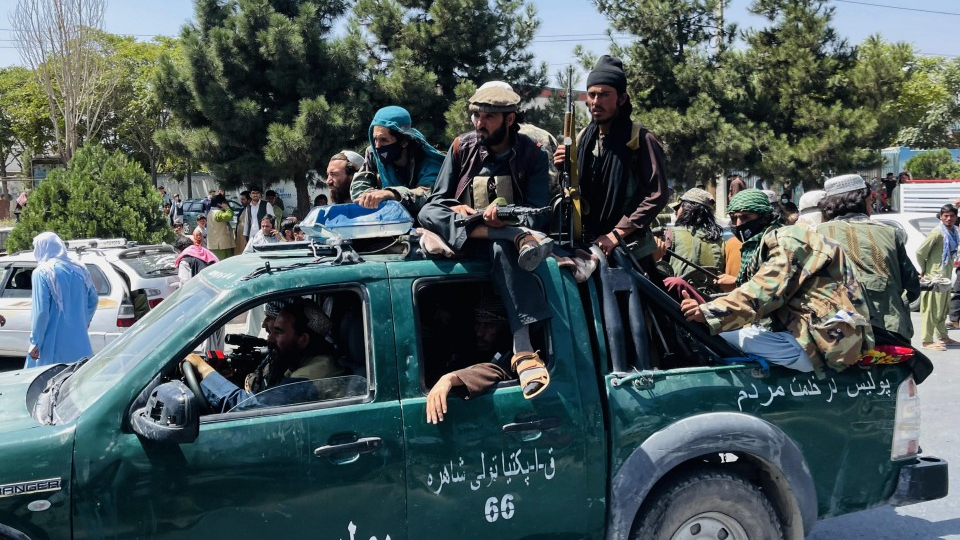 Taliban members are seen near Hamid Karzai International Airport as thousands of Afghans rush to flee the capital of Kabul on Aug. 16, 2021. (Anadolu Agency/Getty/Kyodo)

The promises for amnesty were made by Enamullah Samangani, a member of the cultural commission of the Taliban, which imposed a brutal rule including severe restrictions on women in the late 1990s, The Associated Press reported.

While what is meant by amnesty remained vague, the remarks were the first comments on how the Taliban might govern on a national level, according to the report.

"The Islamic Emirate doesn't want women to be victims," Samangani was quoted as saying, using the militants' name for Afghanistan.

"They should be in the government structure according to shariah law," he said, referring to Islamic law, according to the report.

The announcement came two days after the Taliban declared victory in Afghanistan on Sunday as they took control of Kabul and President Ashraf Ghani fled the country the same day, marking the Islamist militant group's return to power after 20 years.