The Taliban have declared victory in Afghanistan after they took control of Kabul and President Ashraf Ghani fled the country on Sunday, marking the Islamist militant group's return to power 20 years after its removal by U.S.-led forces.

A spokesman for the Taliban said the war was over in Afghanistan, adding the group did not want to live in isolation and wanted to build relations with the international community.

One of the Taliban's most senior officials said on Sunday that the movement's swift victory over the Afghan government was an unrivaled feat, Reuters reported. 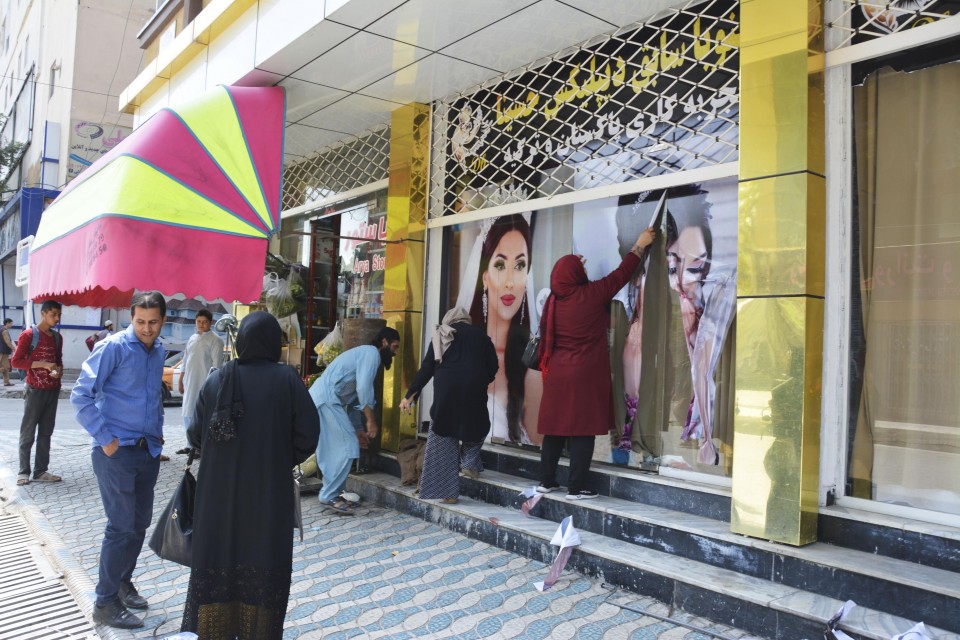 Staff at a hairdresser's salon in Kabul, Afghanistan, pare down a woman's picture after hearing about the Taliban attack on Aug. 15, 2021. (Kyodo)

But Abdul Ghani Baradar, the head of the Taliban's political bureau, said in a video statement that the real test would begin now with meeting the expectations of the people and serving them by resolving their problems, according to the report.

After fleeing the country, Ghani, the country's elected leader, said in a statement Sunday he chose to leave Afghanistan to prevent further bloodshed. 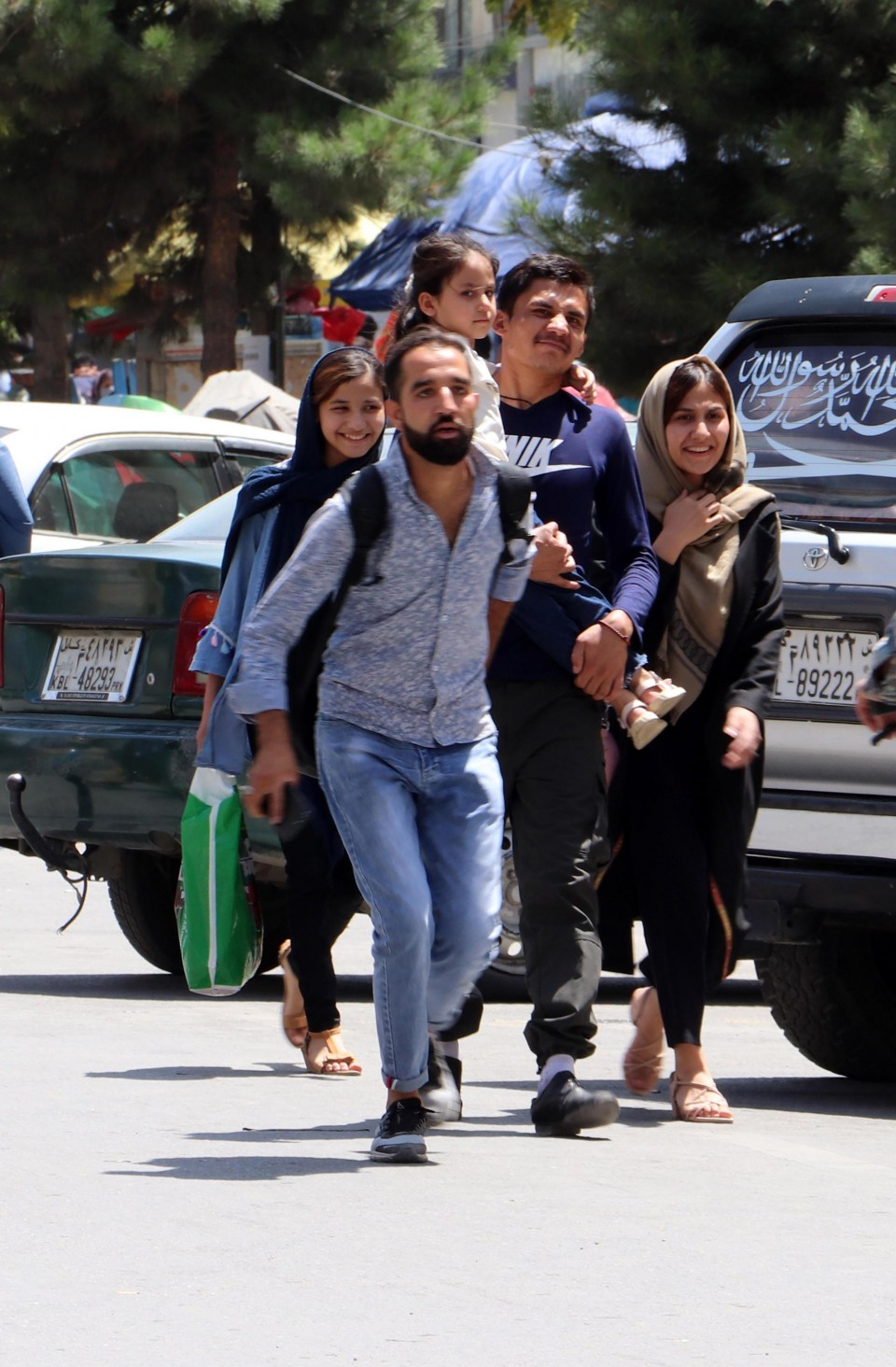 People rush to their homes after Taliban entered Kabul on Aug. 15, 2021. (UPI/Kyodo)

In the statement posted on Facebook, Ghani also said the Taliban had won with the sword and the gun, adding they are now responsible for protecting the honor and property of their compatriots.

The president had arrived in Tashkent, the capital of neighboring Uzbekistan, Russia's Tass news agency reported.

The Taliban's rapid resurgence in the country came as U.S. President Joe Biden decided to withdraw U.S. military forces from Afghanistan beginning in late April to bring an end to what he called "the longest war in U.S. history" following the Sept. 11, 2001, terror attacks.

While the insurgents' return to power has stirred concern that they will reimpose fundamentalist Islamic rules and oppress women's rights, U.S. Secretary of State Antony Blinken said in a CNN program that deploying U.S. troops in Afghanistan for another year was not in the national interest, indicating they will withdraw by the end of August as planned.

On the same day, the U.S. State Department and the Pentagon said in a joint statement that they will add 1,000 troops to the around 5,000 being deployed in Afghanistan, with a mission focused on facilitating the safe departure of U.S. and allied personnel from the country and taking over air traffic control.

The State Department said later Sunday that all staff at the country's embassy in Kabul had evacuated to the international airport in the capital.

The department also issued a joint declaration with around 70 countries including Japan that urged the Taliban to allow Afghans and foreign nationals to leave the country safely.

The Taliban previously came to power in 1996, but after they refused to hand over al-Qaida leader Osama bin Laden -- the mastermind behind the Sept. 11 terror attacks -- U.S.-led forces toppled the regime through a military invasion in 2001.

During their former rule, the militant group restricted women's rights to education and employment.

Following the news of the Taliban's entry into Kabul, Pakistani campaigner for female education Malala Yousafzai, who was shot in the head by Pakistani Taliban militants in 2012 for drawing attention to their ban on girls' education, said she had watched the developments in Afghanistan in complete shock.

"I am deeply worried about women, minorities and human rights advocates. Global, regional and local powers must call for an immediate ceasefire, provide urgent humanitarian aid and protect refugees and civilians," the Nobel Peace Prize laureate said in a Twitter post on Sunday.

Following the insurgents' rapid advance, the U.N. Security Council convened an emergency meeting on Monday to discuss the situation in Afghanistan.

During the gathering, U.N. Secretary General Antonio Guterres urged "all parties, especially the Taliban, to exercise utmost restraint to protect lives and to ensure that humanitarian needs can be met."

The U.N. chief also stressed that "the international community must unite to make sure that Afghanistan is never again used as a platform or safe haven for terrorist organizations."