Japan to extend $5.8 mil. in humanitarian aid for crisis-hit Myanmar

The aid, to be delivered through U.N. agencies such as the World Food Program and the United Nations Children's Fund, is expected to cover supplies for some 136,000 people affected in the southeastern part of Myanmar near the Thai border, where living conditions have sharply deteriorated since the military takeover.

The latest provision by Japan is on top of its initial donation of $4 million in food aid, also through the WFP, to deliver food for about 600,000 people in Yangon, the largest city in Myanmar.

Japan has so far contributed about $20 million in humanitarian assistance to Myanmar, including the latest provision, following the ouster of Myanmar's democratically elected government and civilian leader Aung San Suu Kyi. 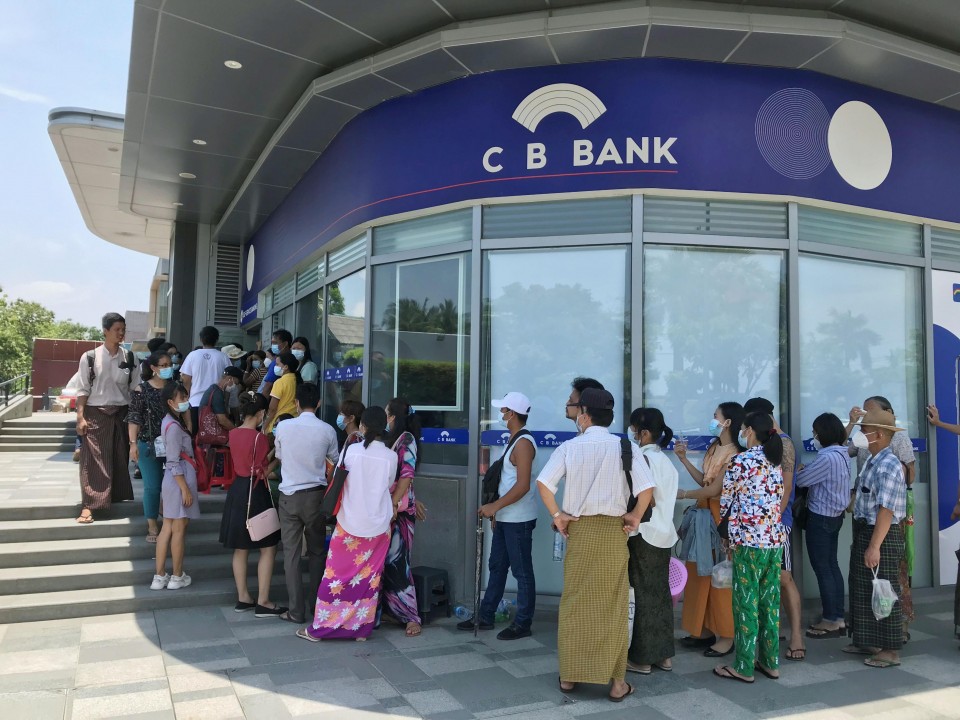 People line up in front of automated teller machines to withdraw money in Yangon on May 17, 2021, as prices are on the rise on the back of political unrest triggered by the February military coup in Myanmar. (Kyodo) ==Kyodo

"The Japanese government will continue to stand by the people of Myanmar in providing assistance," Motegi told a press conference.

Japan has condemned the Myanmar military's violent crackdown on peaceful protesters and called for a halt to violence, the release of Suu Kyi and other detainees and a return to the democratic process.

The government has put on hold new official development assistance for the Southeast Asian country in response to the coup, though it remains cautious about joining the United States and other democracies in imposing sanctions on individuals and groups involved.