Justice Minister Yoko Kamikawa said Tuesday Japan has granted an extension of visas for about 300 Myanmar nationals in Japan as an emergency measure amid political unrest following a military coup.

They include Pyae Lyan Aung, a goalkeeper in the Myanmar national soccer team who refused to return home with his teammates last month. 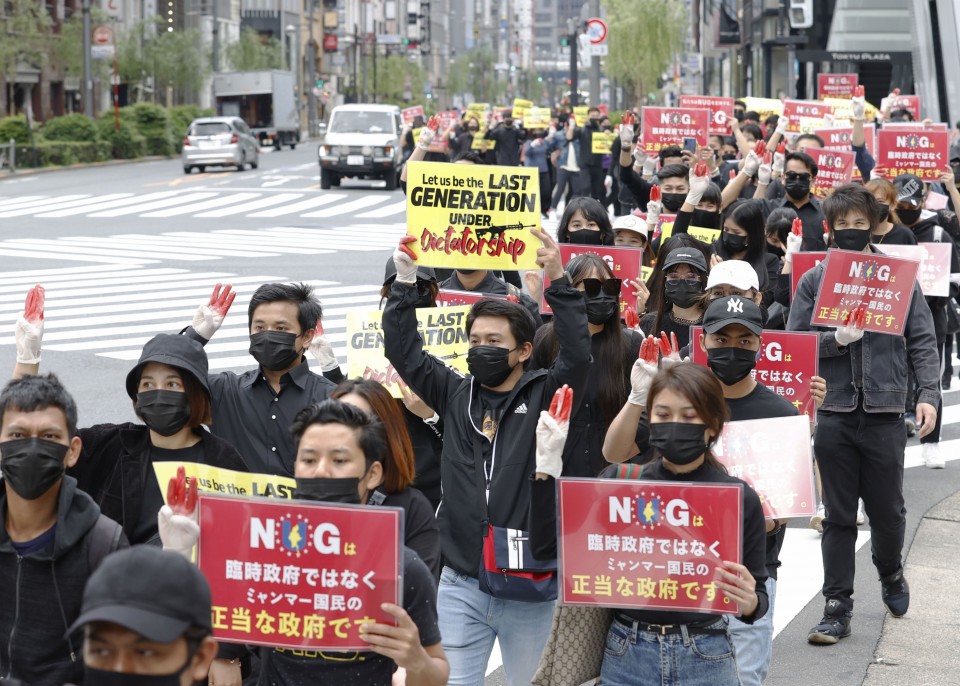 Myanmar residents in Japan march in Tokyo's Ginza area on May 2, 2021, in protest against the Feb. 1 military coup in Myanmar. (Kyodo)

He applied for refugee status in Japan on June 22 after expressing fear for his life over making a three-finger salute, a sign of protest against the coup, during a recent World Cup qualifier near Tokyo.

Kamikawa said there have been about 50 cases of refugee status applications so far, but none has been decided.

Since the Myanmar military seized power in a coup in February, ousting the democratically elected government of civilian leader Aung San Suu Kyi, at least 890 people have been killed and thousands arrested in violent crackdowns on protesters, according to the Assistance Association for Political Prisoners, a rights group tracking the situation.