Women held just 5.9 percent of director-level jobs in the Japanese government's offices in Tokyo in fiscal 2020, underscoring the country's slow progress in closing the gender gap in the workplace.

The Cabinet Office released data Thursday showing the share of such positions held by female public servants only rose 0.6 percentage points from the previous year, falling short of the government's target of 7 percent. 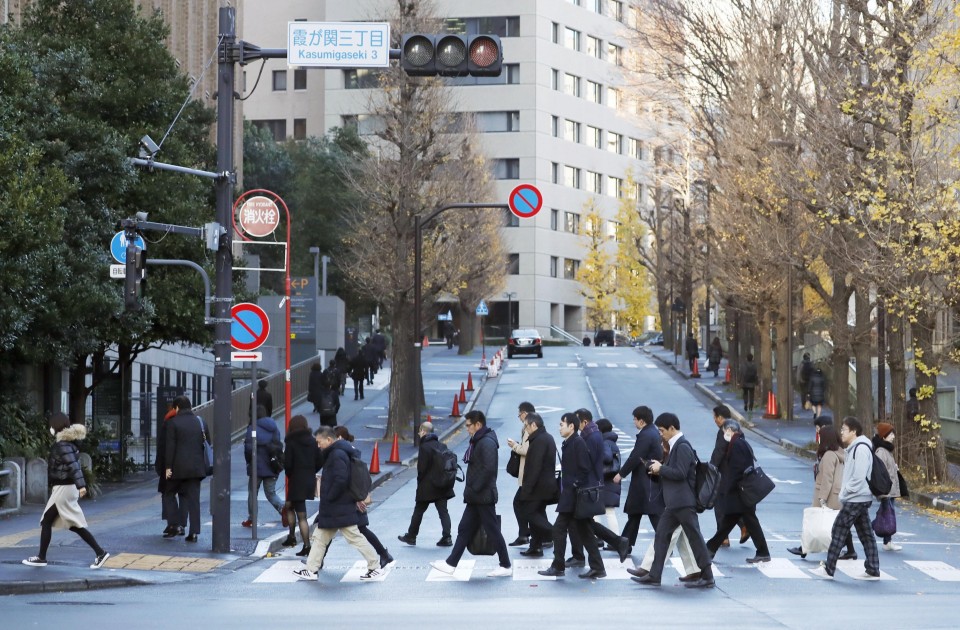 People go to work in Tokyo's Kasumigaseki district, where most government ministries are located, in December 2019. (Kyodo)

Seven of the 18 ministries and agencies the data covers failed to reach the target. The worst performer was the National Public Safety Commission with 1.4 percent, followed by the Defense Ministry with 1.8 percent and the Ministry of Land, Infrastructure, Transport and Tourism with 2.1 percent.

The data show how deeply entrenched traditional gender roles remain in Japan and the difficulties facing empowerment of women. The country sits at 120th in the World Economic Forum's gender gap rankings, by far the worst among the Group of Seven industrialized nations.

The top performers in fiscal 2020 that ended in March were the National Personnel Authority with 13.1 percent, the Ministry of Education, Culture, Sports, Science and Technology with 11.8 percent and the Cabinet Office with 11.5 percent.

The administration of Prime Minister Yoshihide Suga, for its part, adopted a new basic plan for gender equality in December including a target for women to hold 10 percent of director-level jobs in the government's Tokyo offices by the end of fiscal 2025.

The government plans to hold further discussions this year on concrete steps to increase the share of leadership roles held by women including adopting quotas.