Japanese starlet Mima Ito remained on course for a second table tennis gold medal at the Tokyo Games on Wednesday as the newly crowned mixed doubles champion advanced to the semifinals of the women's singles competition. 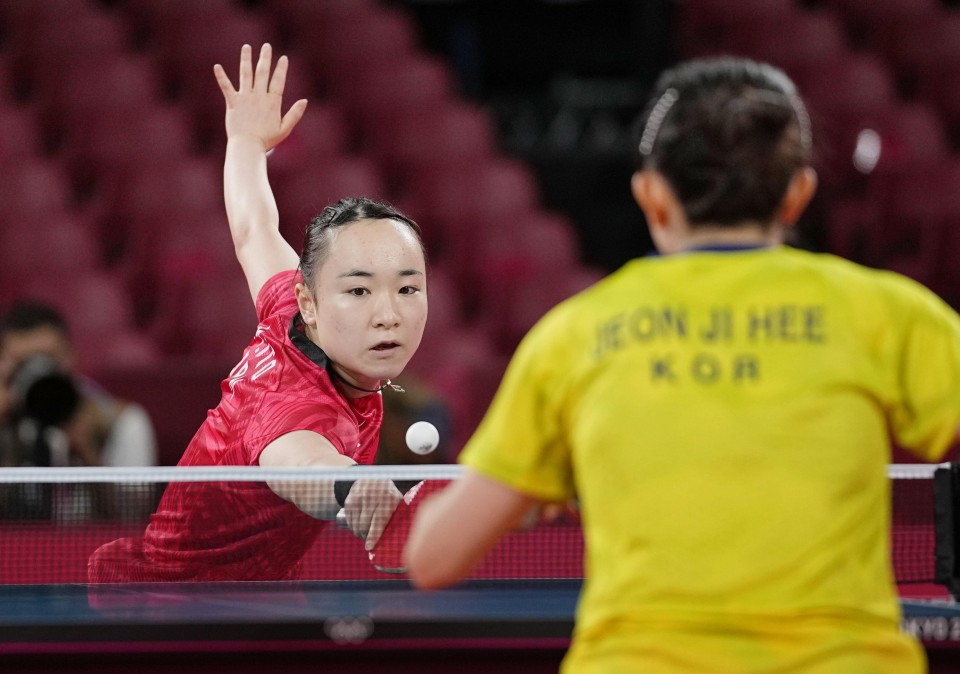 "My movement was good and I was on the ball. I was able to play how I know I can," said Ito. "I am having fun playing every day and I will enjoy playing tomorrow (Thursday) too and go for victory."

Ito teamed up with veteran Jun Mizutani to give Japan its first-ever Olympic gold medal in the sport after a stirring comeback in the mixed doubles final on Monday. 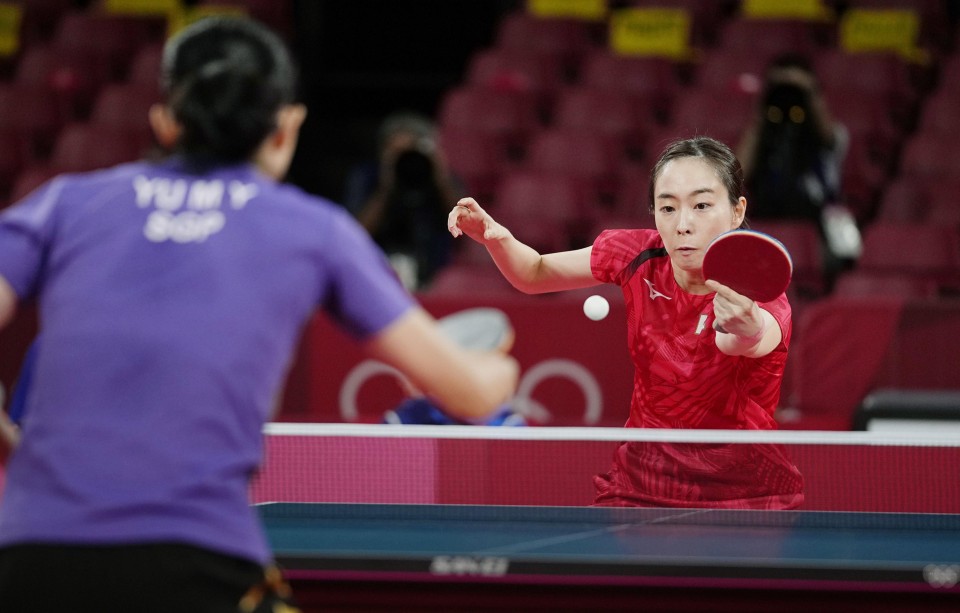 Kasumi Ishikawa (red) of Japan plays in the quarterfinals of the women's table tennis singles tournament at the Tokyo Olympics on July 28, 2021, at Tokyo Metropolitan Gymnasium. (Kyodo)

Despite a 7-3 head-to-head record against Yu in international meets going into the quarterfinal, the Singaporean has always been a tough nut to crack for Ishikawa and Wednesday's match proved no exception.

Two-time Olympic team medalist Ishikawa got off to a good start by winning the opening game.

But the tide turned in Yu's favor from the third game and Ishikawa could find no way back.

"There are absolutely no positives at all that I can take from this performance. It really stings to lose at this stage of tournament," said Ishikawa, who was upset in her opening game at the Rio Olympics five years ago, when she was considered to be among the medal candidates.

"I will just have to try and regroup for the team competition and make sure I leave nothing behind," added the Yamaguchi native.