Jun Mizutani and Mima Ito made history on Monday as the mixed doubles pair produced an epic comeback to give Japan its first ever table tennis Olympic gold medal after a seven-game thriller at the Tokyo Olympics. 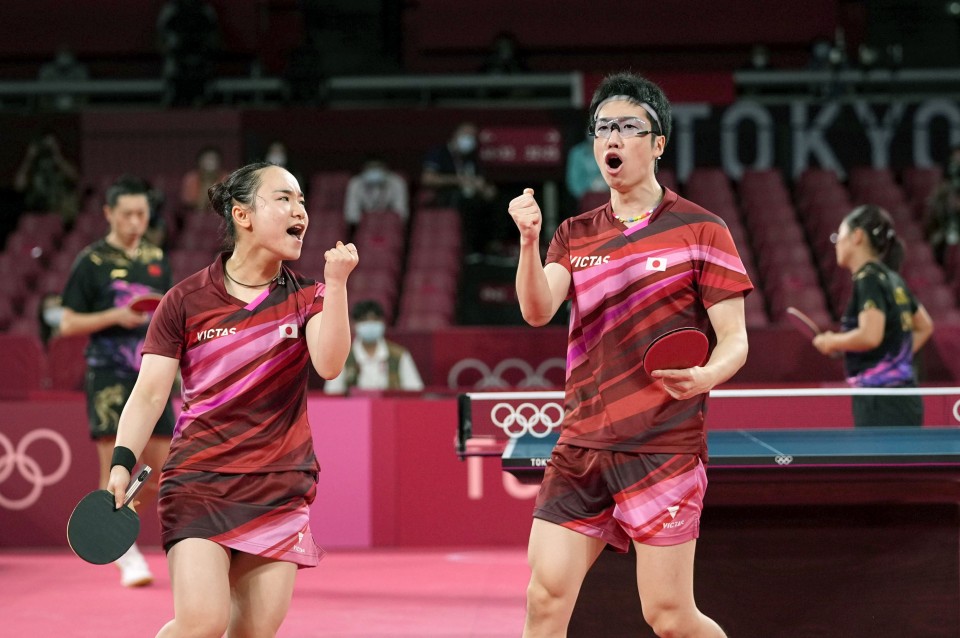 "China has beaten us so many times at the Olympics and at the World Championships. I think we were able to avenge all those losses here at the Tokyo Games. I'm really happy," said Mizutani.

Added Ito, "I'm really really really happy. We were able to enjoy ourselves up to the very end because everyone, including our team staff, cheered us on."

Xu and Liu wasted little time in stamping their authority, racing into a 4-0 lead before going on to take the first two games.

But the Japanese pair, who had come back from the dead in the quarterfinals, refused to wilt and a forehand smash from Ito pulled a game back before Mizutani made it 2-2 and then put the hosts in front with a well-placed backhand.

Xu and Liu tied the match up but the Japanese won the first eight points of the decider and Mizutani and Ito held their nerve to clinch victory.

"We were on the back foot when we were down 0-4 in the third game, but we were able to take back that game and from there, the momentum shifted in our direction," Mizutani said.

Powerhouse China has dominated table tennis since it was introduced at the 1988 Seoul Games, winning 28 of the 32 Olympics gold medals through the Rio Olympics five years ago.

They had won all of the golds on offer since missing out on the men's singles title in Athens in 2004.

Mixed doubles has a long history at the world championships, even though it is a new event at the Tokyo Games.

Ichiro Ogimura and Fujie Eguchi won the title in Stockholm in 1957 and Japanese went on to win it seven times in succession. After a barren period, Maharu Yoshimura and Kasumi Ishikawa won silver at the 2015 worlds and then gold and silver at the next two editions. 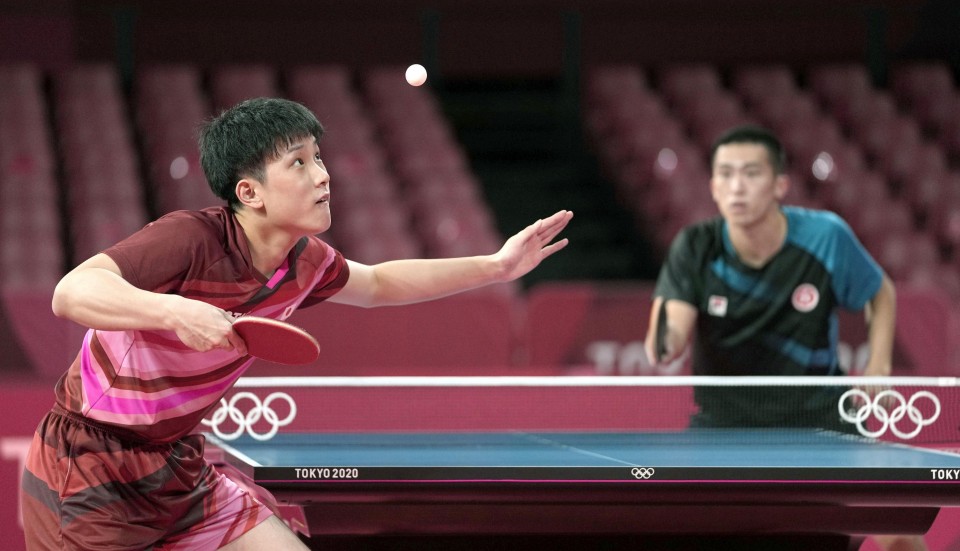 Japan's Tomokazu Harimoto (L) plays against Hong Kong's Lam Siu-hang in the third round of the men's table tennis singles event at the Tokyo Olympics on July 26, 2021, at Tokyo Metropolitan Gymnasium. (Kyodo) ==Kyodo

In other Tokyo Olympic action involving players from the host nation, Japan's Tomokazu Harimoto made the perfect start to his Olympic debut, the 18-year-old overpowering Lam Siu Hang of Hong Kong in five games in the men's singles.

Regarded as Japan's brightest young talent, the third-seeded Harimoto secured his spot in the fourth round with a 4-1 win at Tokyo Metropolitan Gymnasium, while compatriot Kasumi Ishikawa also opened with a win to advance from the women's draw.

In an earlier match, Ishikawa was made to work before notching a 4-2 win over Thailand's Orawan Paranang in the third round of the women's singles. 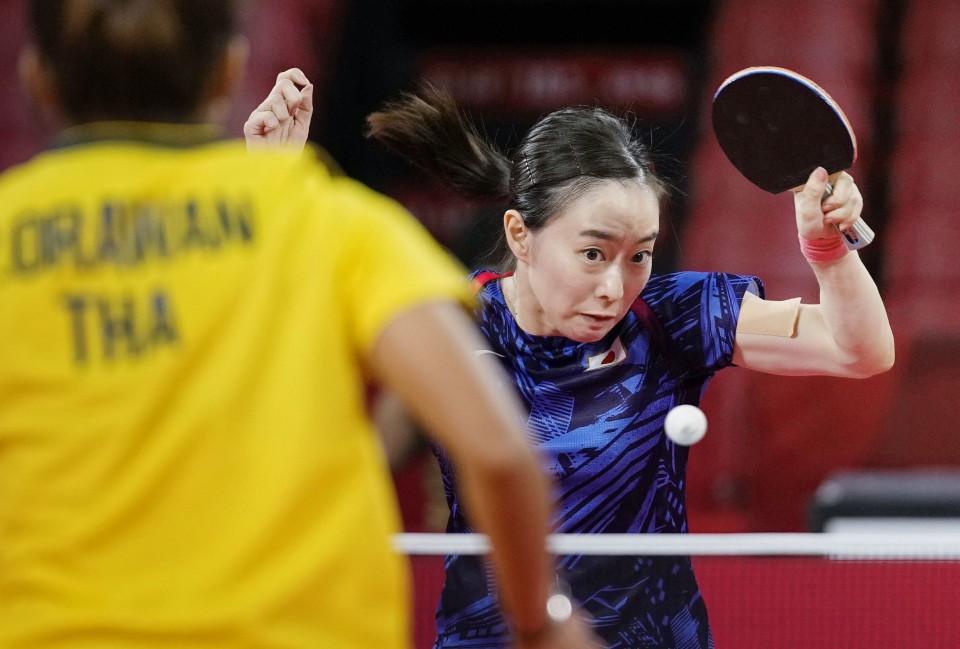 Japan's Kasumi Ishikawa (facing camera) plays against Thailand's Paranang Orawan in the third round of the women's table tennis singles event at the Tokyo Olympics on July 26, 2021, at Tokyo Metropolitan Gymnasium. (Kyodo) ==Kyodo