Tomokazu Harimoto became the latest Japanese medal contender to crash out of the Tokyo Games on Tuesday when the 18-year-old world No. 4 was eliminated in the round of 16 of the men's singles table tennis competition.

On a day when gold medal favorite and four-time Grand Slam winner Naomi Osaka was bundled out in the third round of the women's tennis, third seed Harimoto also made an earlier-than-expected exit on his Olympic debut, losing in seven games to Slovenia's Darko Jorgic. 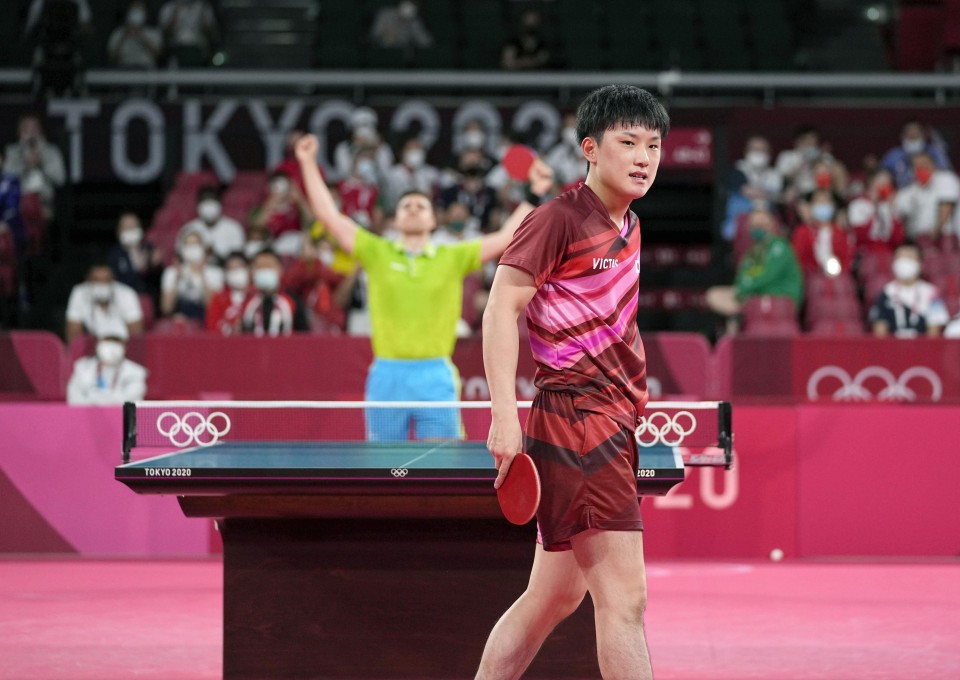 Japan's Tomokazu Harimoto (front) reacts after losing to Darko Jorgic of Slovenia in the men's table tennis singles round of 16 at the Tokyo Olympics on July 27, 2021, at Tokyo Metropolitan Gymnasium. (Kyodo) ==Kyodo

"This is a dream stage and it's been fun but I could not go all out for it the way I normally do. I did what I could but my opponent was too strong for me," said Harimoto.

"He (Jorgic) is similar to me in that his strength is his backhand so I expected it to be an even game but his backhand packed more of a punch and I could not get a grip on the match."

"I could not hit my forehands with confidence either and he was a cut above me on the key points," he said.

Koki Niwa was sent packing 4-1 by world No. 8 German Dimitrij Ovtcharov. The diminutive 26-year-old Japanese lost the first game but evened the match at 1-1 before being run out of the gym over the next three stanzas.

In the women's singles draw, newly-crowned mixed doubles champion Mima Ito launched her bid for a second medal with a comfortable 4-1 win over Portugal's Yu Fu. The third seed then beat Thailand's Suthasini Sawettabut in straight games to reach the quarterfinals. 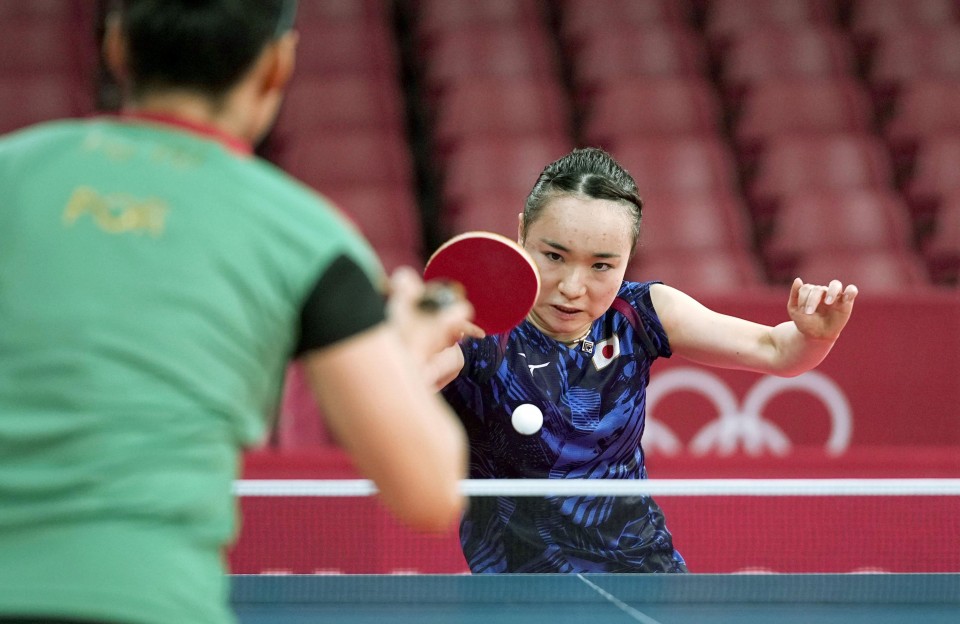 Japan's Mima Ito plays against Portugal's Yu Fu in the third round of the women's table tennis singles tournament at the Tokyo Olympics on July 27, 2021, at Tokyo Metropolitan Gymnasium. (Kyodo) ==Kyodo

The petite 20-year-old, who teamed up with veteran Jun Mizutani to give Japan its first-ever Olympic gold medal in the sport after a stirring comeback in the mixed doubles final on Monday, moved into the last eight after overpowering Suthasini in the evening session 11-7, 11-6, 11-9, 11-7.

"I think I moved better in my first game today but I'm just glad that I could get through two games after the late finish last night (in the mixed doubles final)," said Ito.

They became the first champions of the mixed doubles event that was added to the table tennis program for the first time at these games.

Ito is playing in her second Olympics. She won team bronze medal at the Rio Games five years ago.

"I got rid of a few nerves with my opening win yesterday and really got fired up after seeing Mizutani-san and Mima-chan win the gold medal," said Ishikawa. "I think I moved well from the start and had a good match."