SoftBank Group Corp. Chairman and CEO Masayoshi Son said Wednesday his company will become a "vision capitalist" that plays a key role in the burgeoning field of artificial intelligence and other innovations.

Speaking online to investors at a general shareholders' meeting, Son said SoftBank Group, which posted a record net profit for any Japanese firm in the previous business year, will continue to take risks and invest in promising startups that have yet to become profitable. 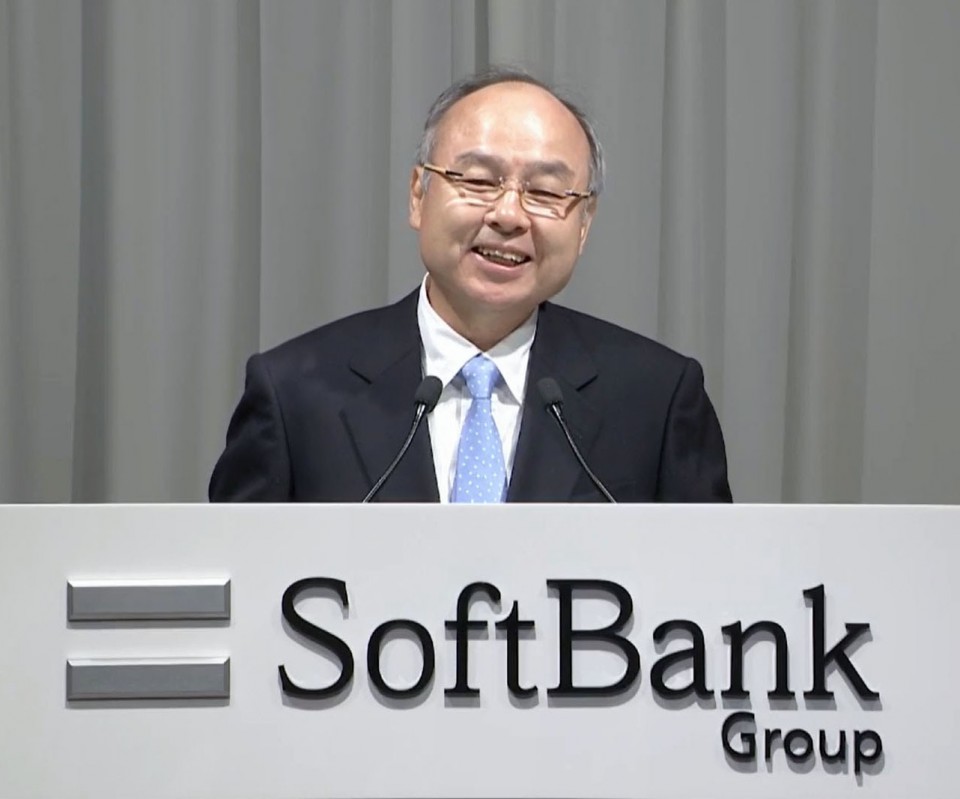 "For investors, the important barometer is making money. For capitalists, it is to build a future," he said, noting that the world will see more AI-led innovations.

"By sharing a vision with entrepreneurs, I'd like to realize a world without traffic accidents through the use of autonomous driving and well-rounded education for all people," he said.

In recent years, SoftBank Group has turned into more of an investment firm from a telecom giant. It has invested in over 260 companies via its funds such as the "Vision Fund."

The shift has made SoftBank Group's earnings swayed by the performance of its investments, with Son saying he has learned lessons from past "embarrassing" investments that led to huge losses.

The general shareholders' meeting came after SoftBank Group reported a net profit of 4.99 trillion yen ($46 billion) in the business year through March, the highest-ever for any Japanese firm, buoyed by the robust recovery of global stock markets that pushed up the valuations of tech companies in which it has invested.

The figure is a dramatic turnaround from a record net loss of 961.58 billion in fiscal 2019 hit by a failed investment in We Co., the operator of U.S. shared workplace provider We Work.

Son said his company should be evaluated by its net asset value, which stood at about 26 trillion yen at the end of March.

At 63, Son is still willing to stay at the helm of SoftBank Group. One shareholder asked him whether he changed his plan to pass the baton to his successor before he turns 70.

"I've been saying recently, as a line of defense, that there have been medical advances and I'm full of motivation...and I may be staying on as CEO after 69," Son said.

"Or I may appoint someone to become CEO and I myself would get deeply involved in management as chairman after 69," Son said.

"It's always on my mind how best to pass the baton to the next because it's the most important topic. By around 69, I'd like to find my successor candidate and I have to let the person gradually take over the steering of the company," he added.

SoftBank to sell chip firm Arm to Nvidia for $40 bil.