After months of waiting, an endangered white rhinoceros bred in Taiwan has arrived at a Japanese zoo to help diversify the gene pool of the Japanese herd, zoo officials in Taiwan said on Thursday.

Describing the export of the animal as an important milestone in the history of animal diplomacy between Taiwan and Japan, Jerome Lai, the new chairman of the Leofoo Development Co., said the marriage between the two animals has attracted attention not only in Taiwan and Japan but also in other countries that have expressed hopes of cooperating on the conservation of the endangered species. 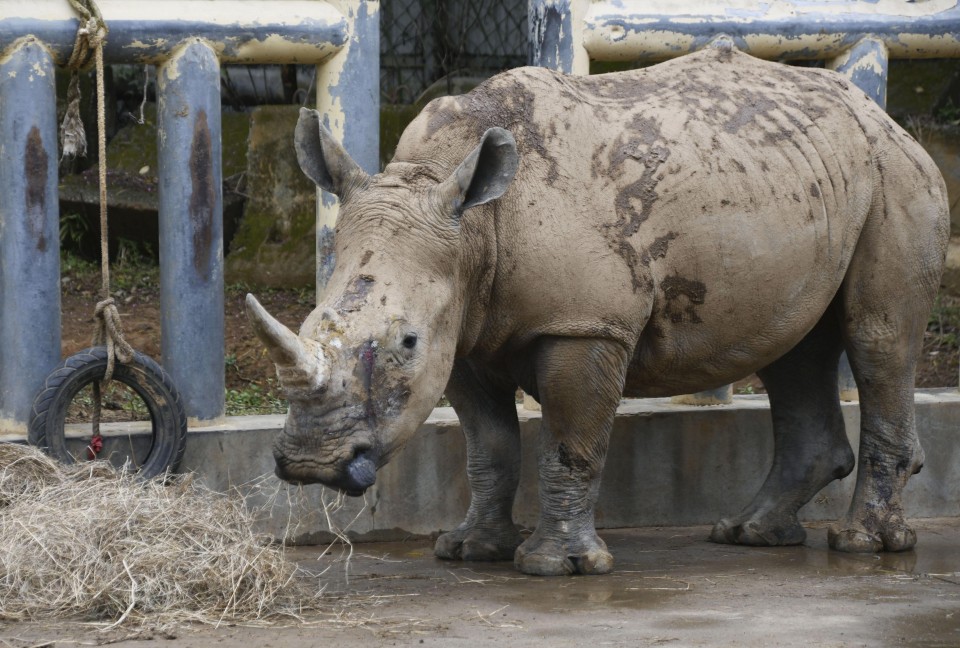 "We hope this is only the beginning," Lai said.

Leofoo Development and Tobu Railway Co. inked an agreement in Taipei on Sept. 22 last year to help the Japanese zoo reproduce white rhinos, of which the southern white rhino is one of two subspecies.

After months of waiting, Emma finally arrived at the Tobu Zoo and Amusement Park on Tuesday. The entire process, which zoo officials said took about 16 hours, included the four-hour flight from Taiwan's Taoyuan International Airport to Japan's Narita International Airport, as well as four more hours of land travel from the airport to the zoo.

To help Emma adapt to the new environment in Japan, she has been trained to understand Japanese commands like "come" and "no," and to enter a transport crate, according to Leofoo Safari Park.

Since the zoo brought eight such rhinos from Africa in 1979, their number has grown to 23.

According to its website, Tobu Zoo cares for roughly 1,200 different animals from over 120 species, including a rare species of white tiger.