China has become the third country to safely land an unmanned probe on the surface of Mars after the Soviet Union and United States, state-run media said Saturday.

If China also successfully investigates the surface of the red planet, it would become the second nation to do so after the United States. 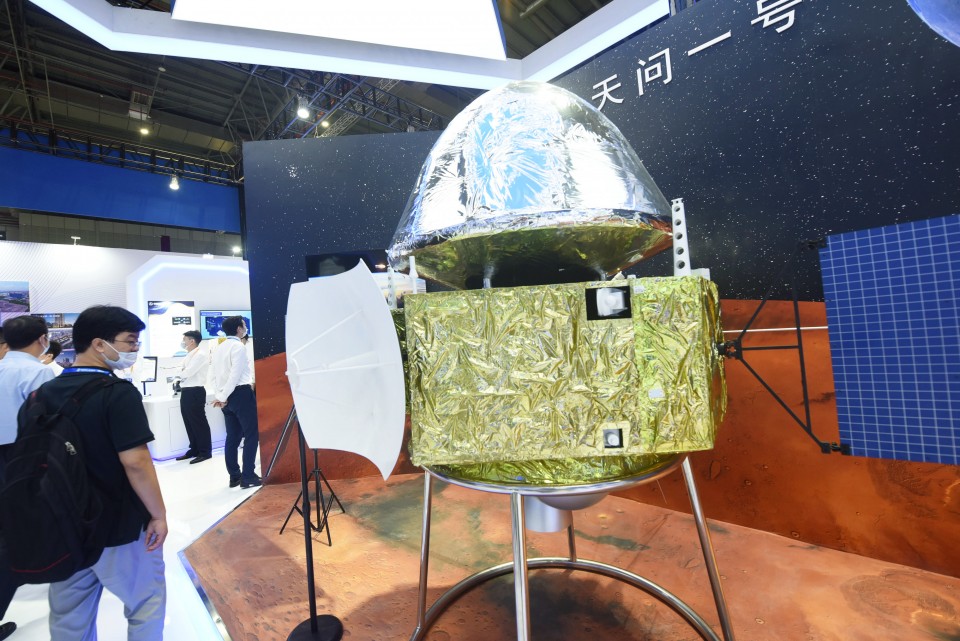 With President Xi Jinping pledging to make China a "space power," competition in space between the world's two major powers is expected to intensify.

Xi was quoted by the Global Times as saying in a congratulatory letter to the mission team, "This success marks a major step forward in the country's interplanetary exploration, achieving a leap from Earth-Moon system to the interplanetary one."

"Leaving the footprint of Chinese people on Mars for the first time marks another milestone of the country's space industry development," Xi said, according to the tabloid affiliated with the ruling Communist Party.

In late April, China launched the core module of its first space station. The move followed the return to Earth last year of an unmanned Chinese space probe with the first lunar soil samples taken in 44 years.

China's largest carrier rocket, the Long March 5 Y-4, blasted off with the Tianwen-1 Mars probe from a launch site on the coast of the southern island province of Hainan in July 2020. It entered the orbit of the planet in February.

Beijing is likely to study the soil and atmosphere on Mars and survey whether there is groundwater as it looks for signs of possible ancient life.

A rover, called Zhurong, will take a further seven to eight days to detect the surrounding environment and conduct self-checks before moving down from the lander to the Martian surface, China's official Xinhua News Agency reported.

In February, NASA unveiled high-definition video images of the final minutes of its rover touchdown on Mars, showing the explosive opening of a parachute and the landing rockets' plume stirring up red dust.

A spacecraft carrying the Perseverance rover, about the size of a small car, was launched in July last year for a mission to look for signs of ancient life on the planet and collect rock samples to be returned to Earth by a future NASA mission.

The U.S. National Aeronautics and Space Administration has landed nine craft on Mars since 1976. A Soviet probe touched down on the planet in 1971, but communication is believed to have been lost soon after.

Among other nations, a Mars probe launched by the United Arab Emirates, named Hope, successfully entered the orbit of the planet as scheduled in February after being launched from Tanegashima Space Center in Kagoshima Prefecture, southwestern Japan, in July 2020.

The UAE also has a project to build a human colony on Mars by 2117.

Japanese startup to carry UAE lunar rover to Moon in 2022