China on Friday brushed aside concern that debris from its large rocket that is likely to fall back to Earth this weekend would hurt people, stressing most of it will be burned in the atmosphere.

Latest estimates have shown the Long March-5B Y2 rocket, which carried the core module of China's first space station to orbit late last month, is expected to come down "somewhere between" Saturday and Sunday, the United States said. 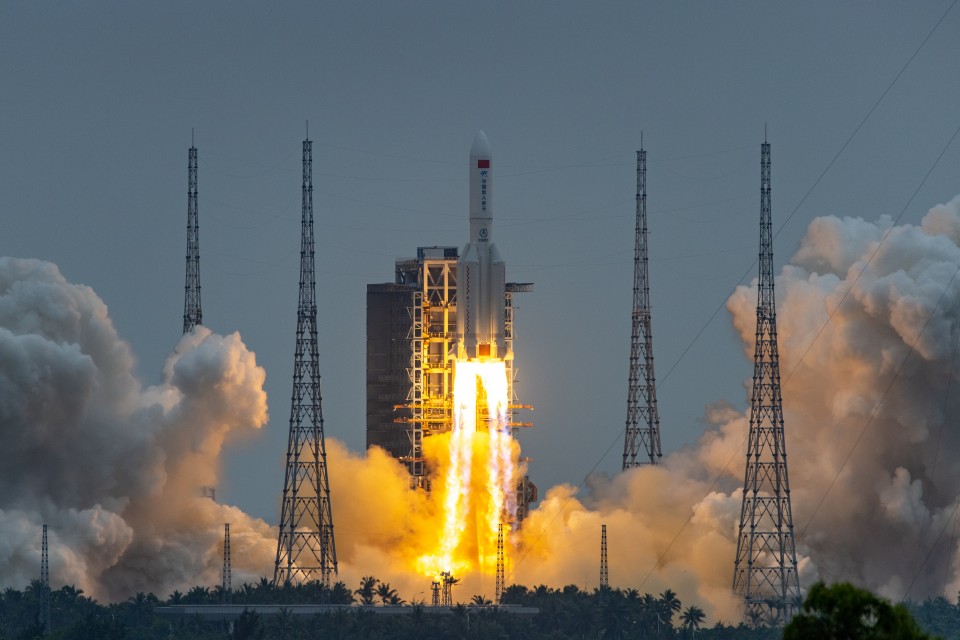 Chinese Foreign Ministry spokesman Wang Wenbin told reporters in Beijing, "Most of the components will be ablated and destroyed during the re-entry process" into the atmosphere.

"The probability of causing harm to aviation activities and on the ground is extremely low," he said, adding, "The relevant competent authorities will promptly report the situation."

On Thursday, U.S. Defense Secretary Lloyd Austin said the country's military currently has no plan "to shoot the rocket down."

"We're hopeful that it will land in a place where it won't harm anyone, hopefully in the ocean, or someplace like that," he told a press conference.

The Chinese rocket blasted off from a launch site on the coast of the southern island province of Hainan on April 29.

The core stage of the rocket, which is roughly 30 meters long, would be among the largest pieces of space debris to ever fall to Earth, according to The Associated Press.

Austin emphasized Thursday that there should be "a requirement to operate in a safe and thoughtful mode" for those who conduct activities in space, apparently criticizing China for not fully managing the rocket's return to the atmosphere.

The Global Times, a tabloid affiliated with the ruling Chinese Communist Party, quoted an analyst as saying "only a very small portion" may fall to the ground, which will "potentially land on areas away from human activities or in the ocean."

The Pentagon's reported claim that the rocket wreckage will fly back "out of control" and "may cause damage if it hits inhabited areas" is nothing but Western hype of the "China threat" in space technology advancement, the newspaper quoted observers as saying.

In an attempt to develop new materials and promote the study of bioscience, China is scheduled to continue sending modules to complete the construction of the nation's first space station, named Tiangong, by the end of 2022.

As the Communist-led government has been steadily moving ahead with space development projects in recent years, expectations are growing that competition between China and the United States will intensify in the field.