The United States and China said Saturday they have agreed to take enhanced actions to strengthen the implementation of the Paris climate accord following talks between their climate envoys, sidestepping their disputes on human rights and other issues.

"The United States and China are firmly committed to working together and with other parties to strengthen implementation of the Paris Agreement," said a joint statement issued by Biden's climate envoy John Kerry and his Chinese counterpart Xie Zhenhua, who met in Shanghai for two days through Friday. 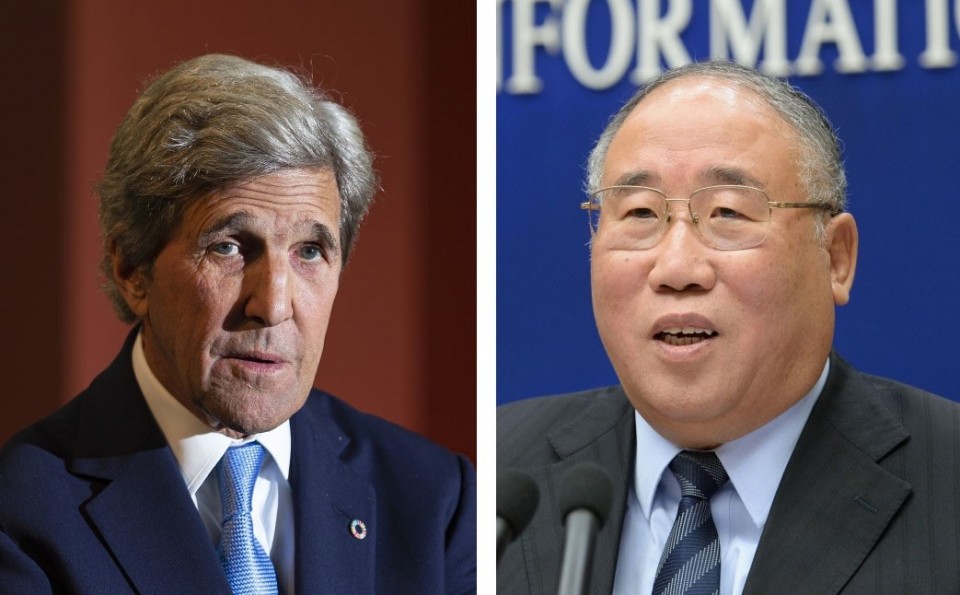 They also said the two countries "look forward" to a virtual climate summit to be hosted by U.S. President Joe Biden next Thursday and Friday. Biden has invited Chinese President Xi Jinping, among other leaders, to the summit.

The Biden administration has been signaling its desire to work with China, the world's largest carbon emitter, in combating global warming, even as it has lashed out at Beijing over human rights abuses of the Muslim Uyghur minority in China's Xinjiang region as well as its assertive actions toward Taiwan and others.

In the joint statement, the two countries acknowledged that the climate crisis is an issue that "must be addressed with the seriousness and urgency that it demands."

Recalling what they termed their "historic contribution" to the entry into force of the Paris agreement in 2016, the two countries also said they will pursue "enhanced climate actions that raise ambition in the 2020s" in the context of the climate accord.

They also said they share the planned climate summit's goal of "raising global climate ambition on mitigation, adaptation," and will cooperate toward a successful U.N. climate conference scheduled for later this year in Britain.

The United States rejoined the Paris accord in February under Biden, reversing his predecessor Donald Trump's decision to pull the country out of the deal.

The Paris Agreement, a framework to involve every country in reining in greenhouse gas emissions, aims to keep rising global temperatures to "well below" 2 C above preindustrial levels, so as to limit the occurrence of droughts, floods, melting glaciers, rising sea levels and other results of global warming.

Many countries have aimed to achieve net zero carbon emissions by 2050, including the United States and Japan. China has pledged to become carbon-neutral by 2060.

"The United States and China will continue to discuss...concrete actions in the 2020s to reduce emissions aimed at keeping the Paris Agreement-aligned temperature limit within reach," the joint statement said.