North Korea on Tuesday made an abrupt announcement that it will not send a team to this summer's Tokyo Olympics in order to protect its athletes during the novel coronavirus pandemic, becoming the first nation to formally pull out of the delayed games.

The decision, which may make it more difficult for Japanese Prime Minister Yoshihide Suga to lay a foundation for talks about a long-standing abduction issue between the countries, was made during a North Korean Olympic committee session in Pyongyang last month.

Concern is mounting in Japan that other nations could follow suit, citing the outbreak, as there are few signs that infection cases in the capital could show a drastic decrease by summer. 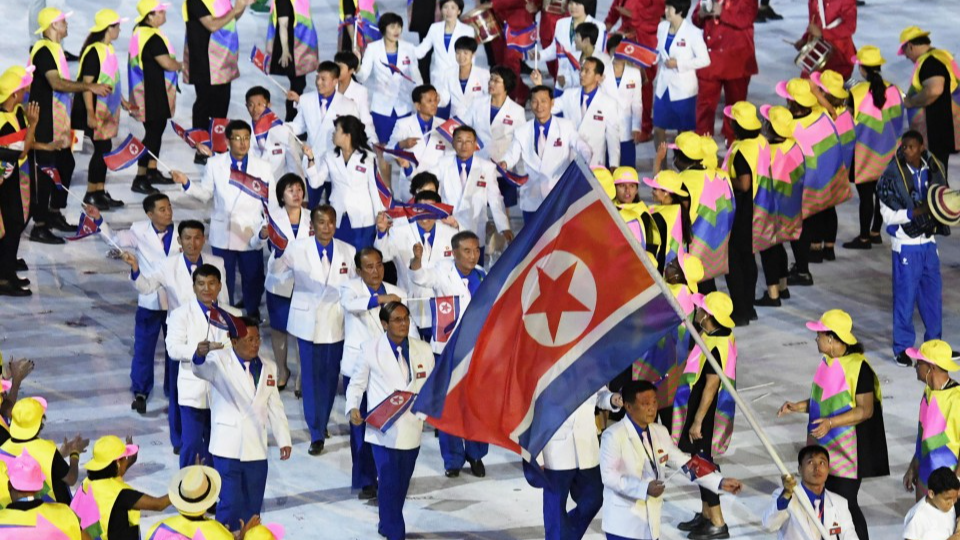 Japan will continue to "take preventive measures" against the virus so that many countries and regions can take part in the Tokyo Games," Chief Cabinet Secretary Katsunobu Kato, the government's top spokesman, said at a press conference on Tuesday.

North Korean leader Kim Jong Un had previously expressed a willingness to send the nation's athletes to the Tokyo Games that were postponed to this year against the backdrop of the health crisis.

Some analysts said a political intention might be behind North Korea's nonparticipation in the Olympics but added Pyongyang might only be really worried about the virus.

Tokyo Olympic and Paralympic organizing committee officials were taken by surprise by the announcement via a website run by North Korea's sports ministry.

"We haven't heard anything. It came out of the blue," said one official who has been coordinating with the national Olympic committees of each country and region.

"Our government has hoped the Tokyo Olympics could be a chance to promote inter-Korean reconciliation and cooperation as well as peace on the Korean Peninsula," and it feels sorry that it could not happen because of the coronavirus situation, said the ministry.

The two Koreas had agreed that they would form joint teams in some competitions and allow their athletes to march together at the Tokyo Olympics, as they did at the 2018 Pyeongchang Winter Olympics.

Nevertheless, discussions about the plan have not developed after U.S.-North Korea negotiations on denuclearization and sanctions relief collapsed at their summit in the Vietnamese capital Hanoi in February 2019. Since then, inter-Korean relations have also cooled.

Later Tuesday, an IOC spokesperson said in a statement that the organization "has not received any official application" from North Korea about its decision not to participate in the Tokyo Olympics.

The International Paralympic Committee, meanwhile, said it has received confirmation from North Korea that the country will not compete in the Tokyo Games.

Since early last year, North Korea has cut off traffic to and from China and Russia over concern that the coronavirus, first detected in the Chinese city of Wuhan in late 2019, might spread across its borders.

Kim's leadership claims that no cases of the virus have been confirmed in the country, but it has stepped up efforts to prevent the pandemic from affecting social life and the economy at home.

Pyongyang barred entry of foreigners during the 2003 severe acute respiratory syndrome, or SARS, epidemic and at the time of the Ebola outbreak in West Africa in 2014.

The nation's state-run media reported late last month that Olympic committee members met via video link on March 25 to discuss how to arrange "mass-based sports activities this year" but did not mention whether North Korea would join the Tokyo Olympics. 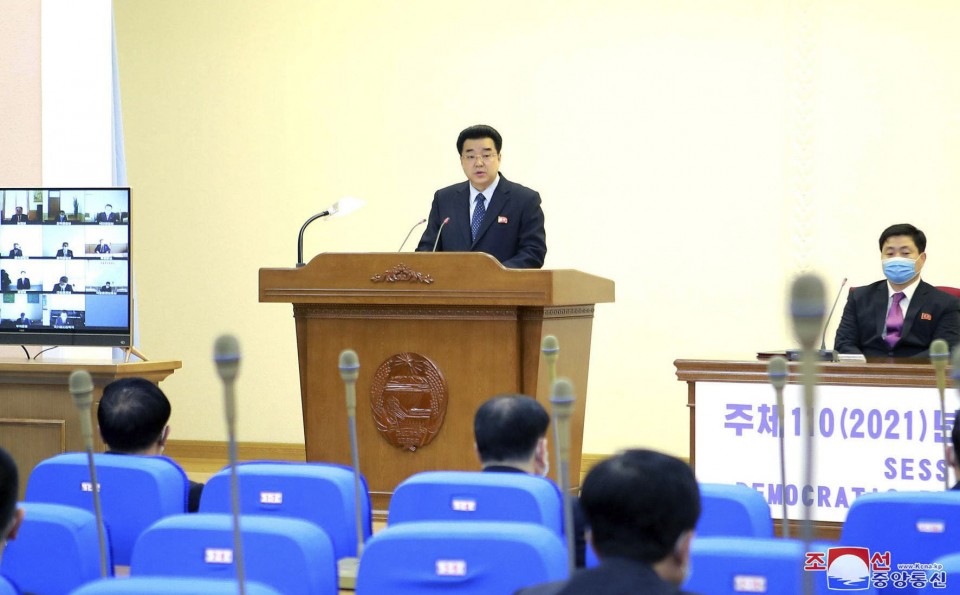 A general meeting of North Korea's Olympic committee is held as a teleconference on March 25, 2021. (KNS/Kyodo)

In a 2018 New Year's speech, Kim extended an olive branch to South Korea, saying his country would participate in the Pyeongchang Winter Olympics hosted by the South in February that year.

His younger sister and close aide Kim Yo Jong was part of a high-ranking North Korean delegation to the Olympics, becoming the first immediate family member of the nation's founder, her grandfather Kim Il Sung, ever to set foot in South Korea.

IOC President Thomas Bach quoted Kim Jong Un as saying during their meeting in March 2018 in Pyongyang that North Korea would "definitely" take part in the 2020 Tokyo Summer Olympics and the 2022 Beijing Winter Games.

Japan had hoped the Tokyo Games would help the government make contact with North Korea over the abduction issue as Suga has expressed eagerness to hold a meeting with Kim "without conditions," which is in line with the stance of his predecessor Shinzo Abe.

North Korea's pledge not to join the Tokyo Olympics, however, would deprive Suga of an opportunity to pave the way for talks with Pyongyang about the issue, foreign affairs experts say.

Japan officially lists 17 people as abductees, five of whom were repatriated in 2002, and suspects North Korea's involvement in many more disappearances.

In May 2014, Japan and North Korea reached an accord in Stockholm on principles for negotiations toward the settlement of the abduction issue. Tokyo relaxed its sanctions on Pyongyang, which in turn promised a full-scale investigation into the matter.

But North Korea repeatedly put off reporting any findings. The country then disbanded its investigation team and suspended the probe after Japan imposed further sanctions in February 2016 in reaction to Pyongyang's nuclear and missile tests.