Nadeshiko Japan, 10th in the FIFA women's world ranking, took a commanding 5-0 lead into halftime against 59th-ranked Panama, with Hina Sugita coming off the bench to score her first international goal in the 61st minute before a crowd of 4,036. 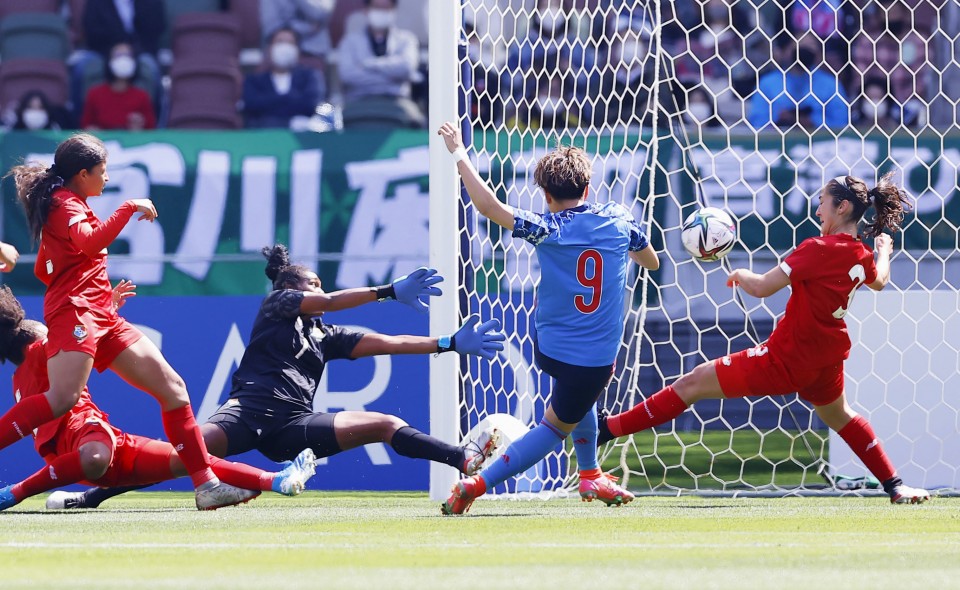 Risa Shimizu, Yui Hasegawa, Yuka Momiki and Sugita each contributed a goal apiece. Japan head coach Asako Takakura named five players who did not start in the first of the two friendlies this week to Sunday's lineup.

The match was the first soccer international -- either men's or women's -- at the newly built National Stadium since construction work was completed in November 2019. The venue will serve as the main stadium for this summer's Tokyo Olympics. The women's gold medal match will be played there on Aug. 6.

Japan, who beat Paraguay 7-0 on Thursday in Sendai, will play two more international friendlies in June and one in July before Takakura finalizes her list of 18 players for the Tokyo Olympics, which are due to open on July 23 after being postponed for a year because of the coronavirus pandemic.