Japan will host matches in their second-round group of Asian qualifying for the 2022 World Cup between May 31 and June 15, as the Asian Football Confederation announced its plan to centralize matches on Friday.

Japan's Group F games against Tajikistan on June 7 and Kyrgyzstan on June 15 are already scheduled at Panasonic Stadium in Osaka. Other matches not involving Japan in the group will now also take place in the country, with venues to be decided. 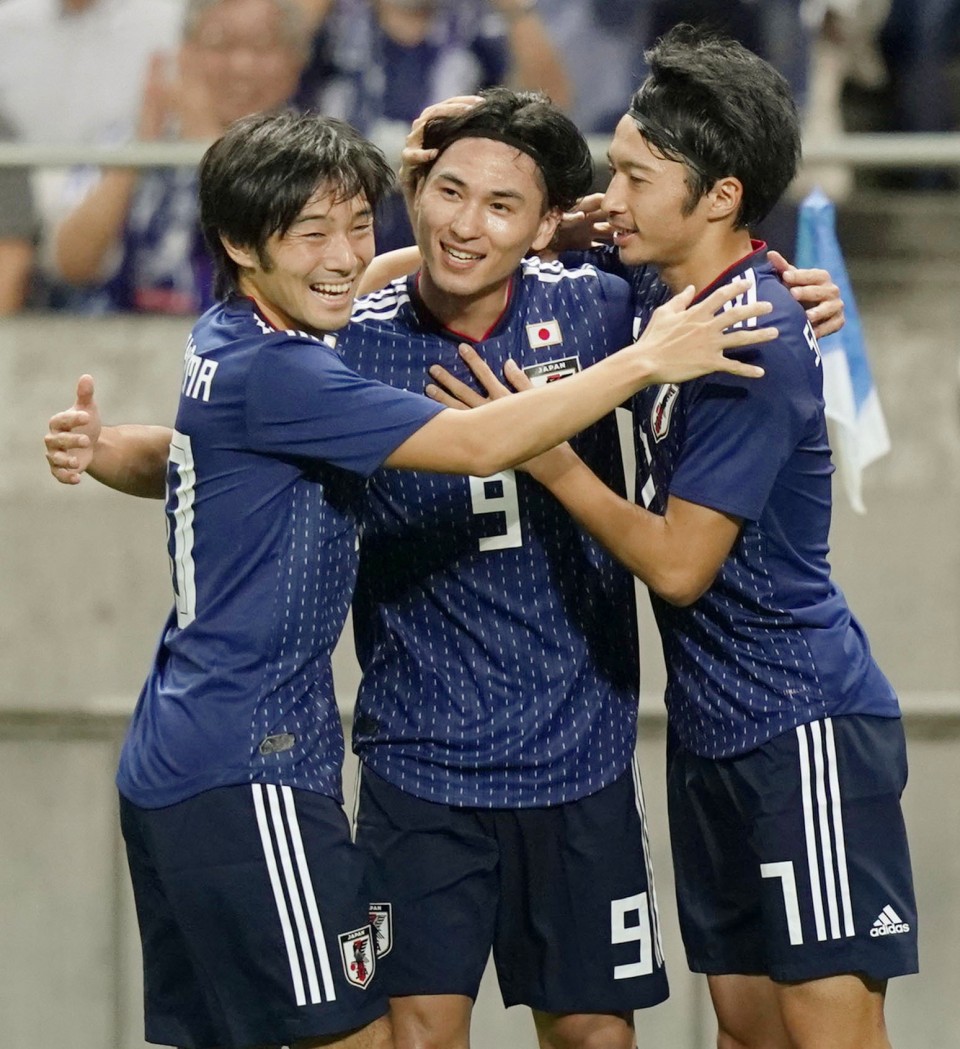 Japan's Shoya Nakajima (L) and Gaku Shibasaki (R) congratulate teammate Takumi Minamino after he heads in the opening goal during the first half of a Qatar 2022 World Cup qualifier against Mongolia in Saitama near Tokyo on Oct. 10, 2019. (Kyodo) ==Kyodo

Japan's March 25 game against Myanmar has been postponed following the Feb. 1 military coup in the country after a request from that nation's federation.

The Samurai Blue currently lead the five-nation Group F with four wins from four matches and will next face Mongolia on March 30 at Chiba's Fukuda Denshi Arena.

Other groups' matches will also be centralized with China, Kuwait, Bahrain, Saudi Arabia, Qatar, the United Arab Emirates and South Korea each serving as a group host.