Mana Iwabuchi led the way with a goal in each half Thursday as Japan thrashed Paraguay 7-0 in an international women's friendly.

Defender Moeka Minami opened the scoring after a corner kick in the sixth minute, and Aston Villa forward Iwabuchi doubled the advantage with a composed finish 20 minutes later. 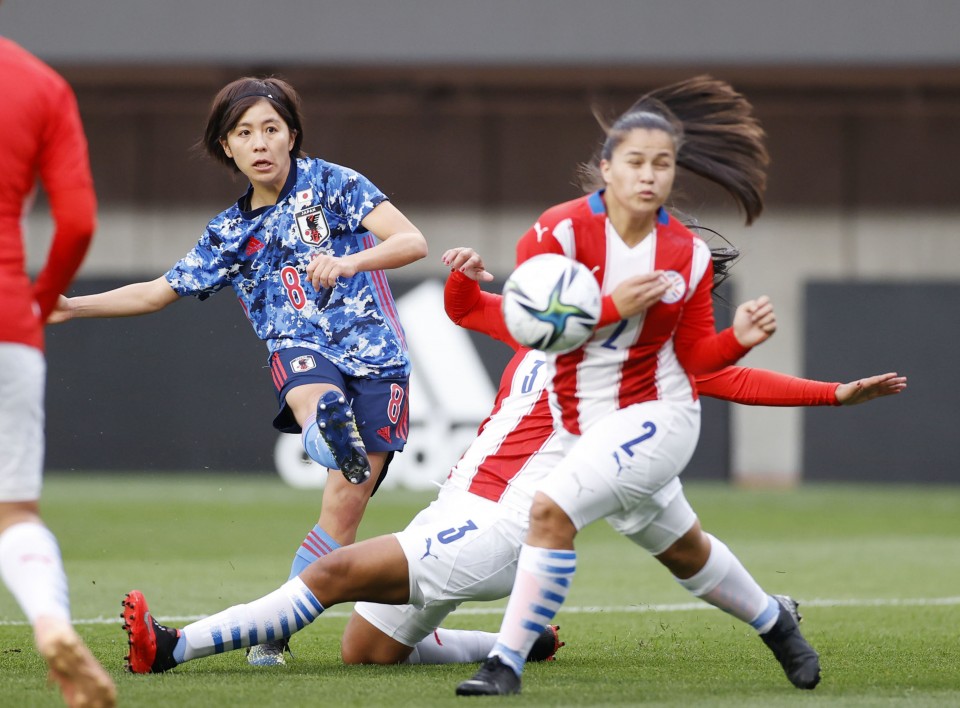 Japan forward Mana Iwabuchi (L) attempts a shot on goal in the first half of an international friendly against Paraguay at Yurtec Stadium Sendai on April 8, 2021. (Kyodo)

Head coach Asako Takakura's side, ranked 10th in the world, took a 3-0 lead into the break after Paraguay defender Tania Riso put the ball into her own net under pressure.

Iwabuchi helped set up a goal for Yuika Sugasawa early in the second half before capitalizing on a mix-up between a defender and goalkeeper Isabel Ortiz to net her brace midway through the term.

"The players fought hard and showed what they are capable of in defense and attack," Takakura said.

"I think the team was able to execute the game plan, but couldn't always finish, so that's something to work on."

Nadeshiko Japan will continue warming up for this summer's Tokyo Olympic Games with another friendly against 47th-ranked Paraguay at Tokyo's National Stadium on Sunday.