Daiya Seto's win at Japan's national championships in the men's 400-meter individual medley on Saturday showed he literally is racing against time with just over three months to go to the Tokyo Olympics.

The 2016 Olympic bronze medalist in the event was gunning for a possible three gold medals last summer after winning both the 200 and 400 IM and taking second in the 200 butterfly at the 2019 world championships. 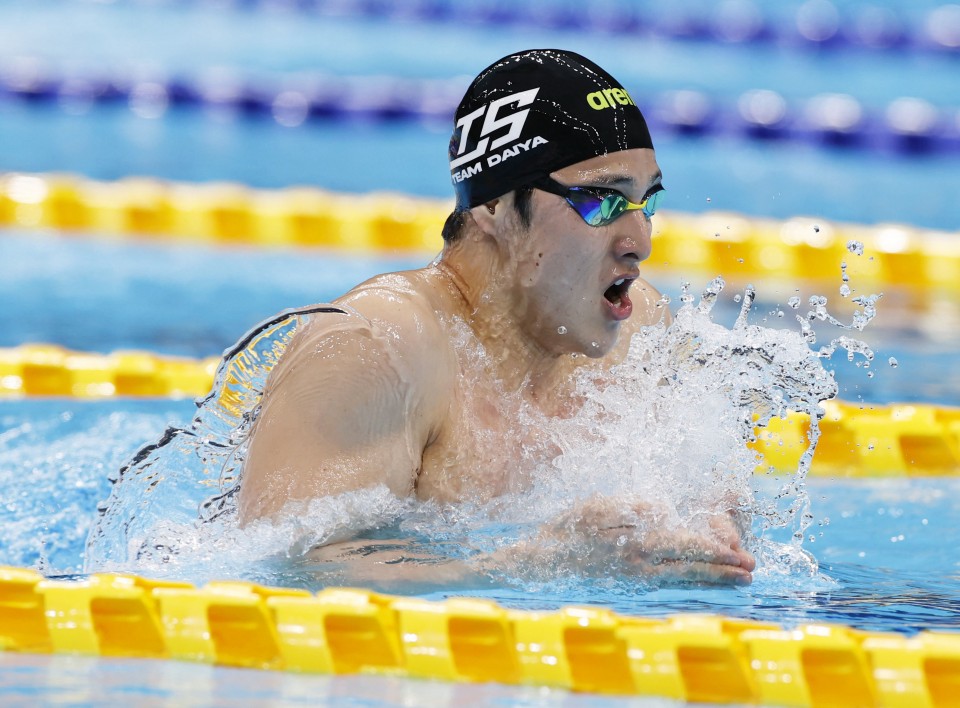 But the four-time world champion spectacularly fell from grace after the unprecedented Olympic postponement when a gossip magazine in September reported on his extramarital affair.

He avoided being cut from Japan's swimming Olympic team but resigned as captain, while the Japan Swimming Federation barred him from competitions and official training until the end of 2020 as punishment for violating the ethics code.

The 26-year-old, who admitted his infidelity and apologized, said his motivation slackened following the March decision to postpone the games and that he ate whatever he wanted "to relieve stress." Coupled with training less due to the JSF penalty, his weight hit 81 kilograms, up from 75 kg at the start of last year.

During his suspension, Seto attended seminars at the JSF and Japanese Olympic Committee, while having to swim in local and public swimming pools, made him realize "how privileged" his own circumstances had been.

He finished third at the Tokyo Open on Feb. 20, 14.32 seconds behind his best time, and expressed worries about the second half of his race -- the breaststroke and freestyle -- where his lack of stamina was exposed.

The pattern was not repeated Saturday, when he clung to his lead in the final and reduced his time to 4:09.02.

Although the time is ticking away, judging by his comments before the nationals that he had "recovered to around 70 percent" of his top form from last year, there may still be a chance he can approach his personal best.

"A time below (4 minutes and) 10 seconds was the minimum target, and I'd have liked to come below 8 seconds, so it was quite close," Seto said. "I'm still at a stage of building up swimming time, and I haven't recovered that pace yet."

"A lot happened last year...I want to produce results if the games are held this summer, and repay everyone in the best possible way. I want to win the gold medal on the first day to get the (Japan swimming) team going."

Seto also has his eye on qualifying in the 200 butterfly, a race he took fifth in at the last Olympics. That final is scheduled on Tuesday, before he finishes with the 200 IM final on Thursday.