After facing possible cancellation and a second postponement, the upcoming diving World Cup, which is both a qualifier and test event for the Tokyo Olympics, will be held with strict precautions and poolside coronavirus protocols.

As divers get a taste of competition during the coronavirus crisis, they will have to put aside the pandemic-related distractions that have affected their training and routines to bring their best in a bubble as they pursue quota spots for their countries.

All 225 athletes participating in the meet scheduled for May 1-6 at the Tokyo Aquatics Centre will of course be subject to doping control tests, but also to 14-day health monitoring prior to departure if traveling from overseas.

A negative PCR test no fewer than 72 hours before arrival is required, with additional coronavirus testing upon arrival in Japan.

So-called LAMP testing, the acronym for loop-mediated isothermal amplification screening, will be conducted three days after arrival, and periodically during the event.

Despite the world governing body of aquatics deciding to push ahead with the diving World Cup in the Olympic host city, currently under a state of emergency, a surge of coronavirus cases in Tokyo has prompted the Australian diving team to withdraw.

So far, Australia has qualified seven of a maximum 12 spots available to its Olympic diving team, and will give up the chance to earn full representation if the competition goes ahead as planned and FINA and the Australian federation fail to settle on an alternate qualifying path.

The United States said it would send nine divers to the World Cup in its hunt for five additional spots, while diving superpower China, which has already secured a maximum of 12 quota slots for the Tokyo Games, is sending a team without its front-line talent. 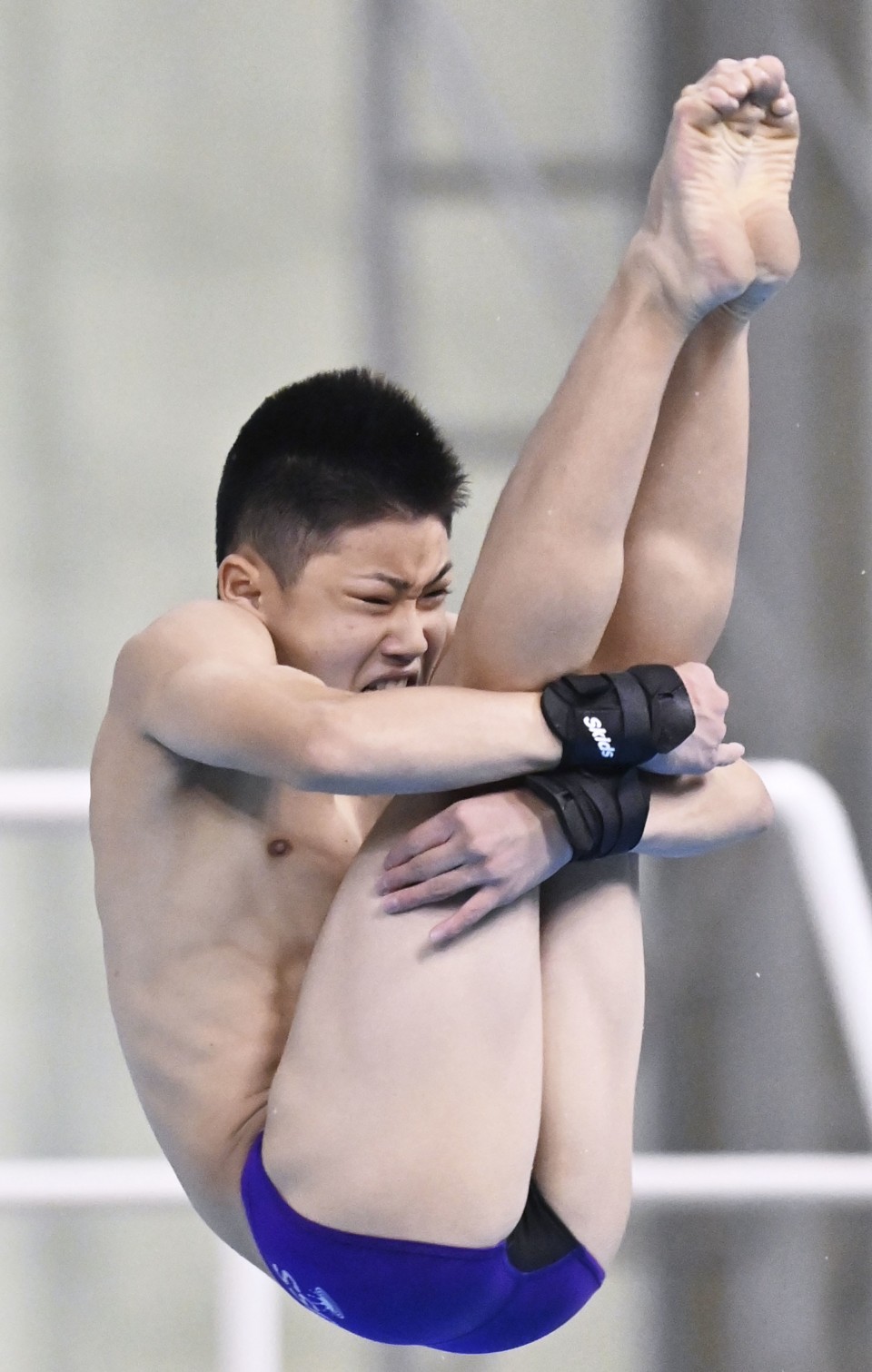 For 14-year-old Rikuto Tamai, the youngest of Japan's entrants, the event will be the final opportunity to qualify for the rescheduled Tokyo Olympics which open on July 23.

"I'm sure I'll be nervous, but I want to earn an Olympic quota spot and contend for a medal," Tamai said.

Had the Summer Games been held last year as planned, Tamai would have had a chance to rewrite the Japan record as the youngest male Olympian at 13 years and 10 months, according to the Japanese Olympic Committee.

The young tumbler's chance to battle for a spot on the Olympic team nearly evaporated when FINA reportedly decided to cancel the World Cup earlier this month over the organizers' lack of COVID-19 precautions.

On April 2, the BBC claimed to have obtained a letter where FINA says the Japanese government "did not take all the necessary measures to ensure successful and fair" competition and confirmed the event had been called off.

The BBC also reported that some countries had informed FINA of their intention to pull out of the event and expressed reluctance to travel to Japan.

After FINA said in a brief statement it was reviewing the status of the event and other Olympic qualifiers in artistic swimming and open-water swimming, the diving qualifier, which was originally scheduled to run from April 18-23, was rescheduled to May.

The diving World Cup was first postponed by a year at the onset of the COVID-19 pandemic last year.

The World Cup will be the final Olympic qualifying meet with quota slots to be decided in individual and two-person synchro events.

A diver has to place inside the top-18 in individual events to qualify for the Olympics. As the host nation, Japan has already qualified in each of the four synchronized diving events.

Some Olympic officials to be tested for virus on daily basis