The organizing body of the Tokyo Olympics is prepared for the possibility of holding this summer's global sporting event without spectators as the coronavirus pandemic continues to rage, the committee's president said Wednesday.

"If the situation is expected to cause problems for the medical system, in order to put the highest priority on safety and security, there may come a time when we have to decide to go ahead with no spectators," Seiko Hashimoto said after attending a virtual meeting with other organizers of the Tokyo Games. 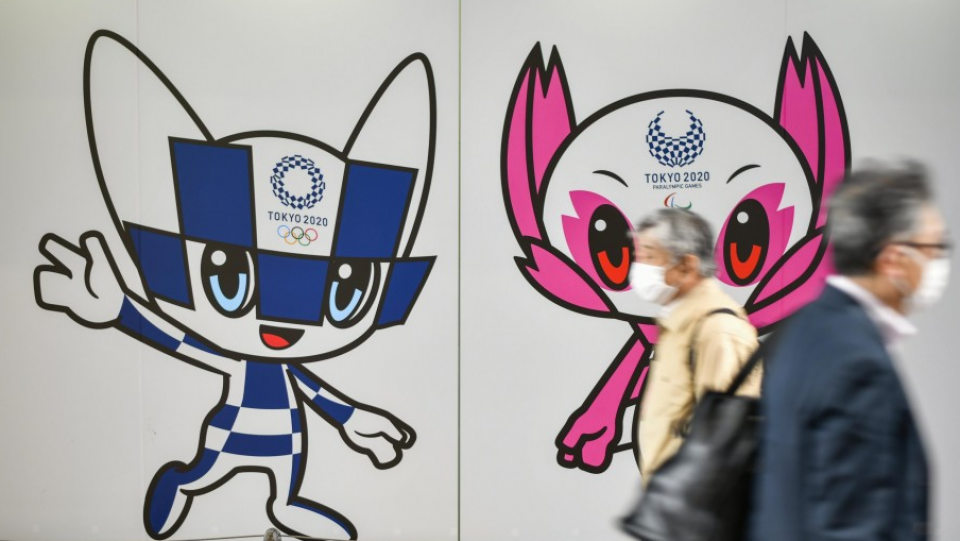 People wearing face masks walk in in Kobe, Hyogo Prefecture, on April 26, 2021, after a third coronavirus state of emergency came into force the previous day in the western Japan prefectures of Hyogo, Osaka and Kyoto as well as in Tokyo. Seen in the background is an illustration of official mascots of the 2020 Tokyo Olympics and Paralympics that have been postponed to summer 2021. (Kyodo) ==Kyodo

During the five-party meeting, also attended by International Olympic Committee President Thomas Bach, the organizers agreed to make a final decision in June regarding spectator numbers at venues, due to the need to closely monitor the pandemic.

While the organizers have already decided to bar spectators from overseas, Hashimoto told a press conference it will be "extremely difficult" to stage the Olympics and Paralympics in front of full crowds if the current infection situation in Japan does not improve, adding she hopes to see as many people as possible in the stands.

The five parties, including the International Paralympic Committee and the central and Tokyo metropolitan governments, were planning to draw up a basic policy regarding domestic spectators by the end of this month.

But they delayed the decision as highly contagious variants of the virus have been spreading rapidly in the host nation.

The Japanese organizers have been studying several possibilities, including limiting the number of spectators to 50 percent of venue capacity and only allowing the entry of people who have already purchased tickets, according to officials with knowledge of the planning.

The final decision regarding the Olympics will be in line with the Japanese government's policy regarding the upper limit of spectators at sports events.

As part of efforts to ensure the safety of the games, the organizers also decided during the meeting to test all participating athletes for the virus on a daily basis in principle, using saliva samples.

According to the updated version of the organizers' "playbook" for athletes released Wednesday, participants from overseas will need to take tests on two separate days within 96 hours of their departure time.

The rulebook also said each delegation needs to appoint liaison officers who will be responsible for working with the local organizers and Japanese health authorities to ensure that team members follow all health and safety restrictions.

"The IOC is fully committed to the successful and safe delivery of the Olympic and Paralympic Games Tokyo 2020," Bach said in his opening remarks at the online meeting, adding they will "strictly enforce" COVID-19 rules.

While Japan's accumulative total of over 583,000 confirmed COVID-19 infections are fewer than many other countries, media polls have repeatedly shown that a majority of the Japanese people are not in favor of hosting the games this summer following a one-year postponement.

The organizers have emphasized the importance of testing athletes and visiting officials frequently to detect infections at an early stage and prevent the games from becoming a super-spreader event.

However, some medical experts have voiced concerns over staging the games at this juncture when new mutants of the virus are spreading in many countries, and when the strain on Japan's medical system has been increasing.

On Wednesday, a senior Cabinet official said the Japanese organizers will secure about 30 hospitals capable of accepting athletes and officials during the Olympics.

Prime Minister Yoshihide Suga has vowed to take steps to ensure the Tokyo Games are "safe and secure," but he has been unsuccessful in bringing down infections.

Tokyo and several prefectures are under a third state of emergency until May 11 due to a recent spike in infections. The capital on Wednesday confirmed 925 cases of the virus, the highest figure since Jan. 28.

Under the emergency that took effect Sunday, large commercial facilities, theme parks, karaoke establishments and restaurants serving alcohol have been asked to close.

Meanwhile, Japan's vaccine rollout, which has been criticized as too slow, only began for those aged 65 and over earlier this month, and it is impossible for much of the general public to be inoculated by the start of the Olympics on July 23.

The IOC and the Tokyo organizing committee have not made vaccination a requirement for athletes and officials. But the IOC has recommended they receive shots to protect the health of the participants and the Japanese public. 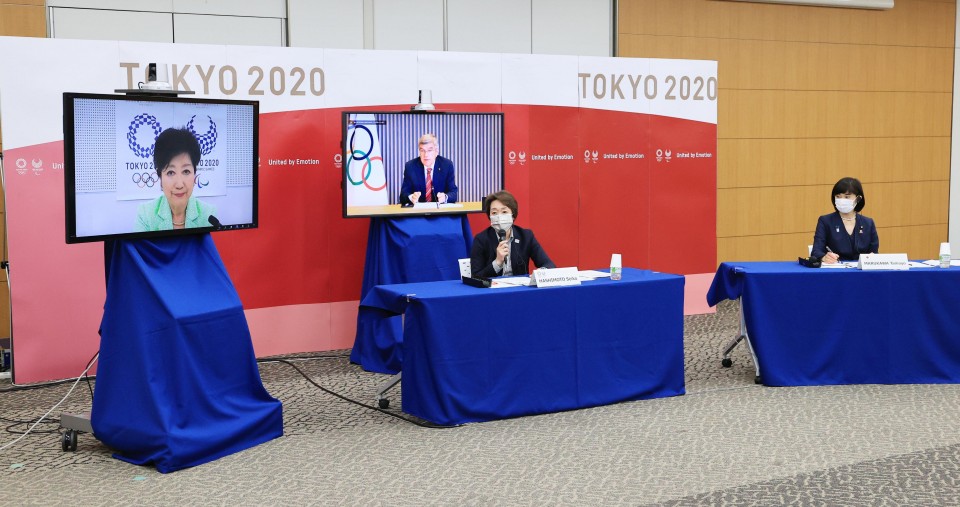