Four-time world champion Daiya Seto qualified for his third event at this summer's Tokyo Olympics on Tuesday after swimming second in the men's 200-meter butterfly at the national championships.

Seto, who touched the wall in 1 minute, 55.20 seconds, will also swim the 200 and 400 individual medleys at the Olympics after winning both events at the 2019 world championships. 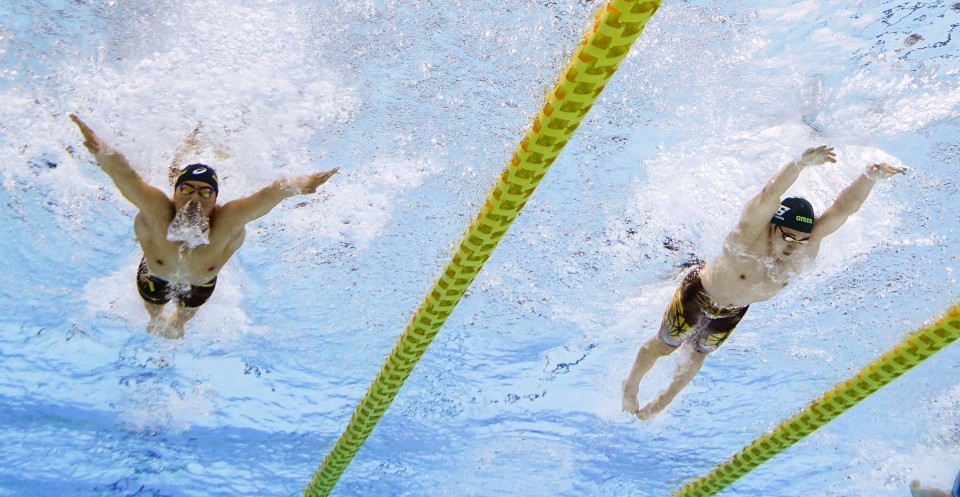 Tomoru Honda (L) and Daiya Seto swim in the men's 200-meter butterfly at the national championships on April 6, 2021, in Tokyo. (Kyodo)

"I'm getting exhausted in the final 50 meters so will look to toughen myself up in order to get a medal in the summer with a good time."

Seto was barred from competition and official training through the end of last year by the Japan Swimming Federation after a gossip magazine in September reported on his extramarital affair.

He won the 400 IM on Saturday, the first day of the eight-day nationals.

Nineteen-year-old Tomoru Honda won his second straight national title in the event and earned his maiden games berth after chasing down Seto on the final lap to win in 1:54.88. 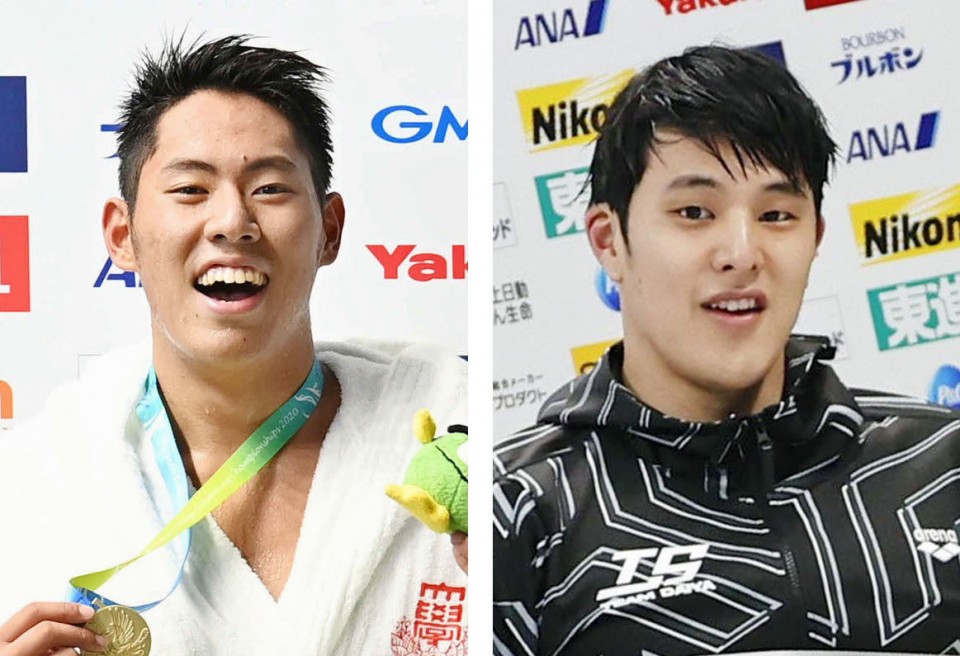 "I'm really pleased. I knew my strength was in the final 50 meters, and I wanted to win, whatever it took," said Honda. "A time slower than (1 minute and) 55 seconds wouldn't even get me a podium finish at the Olympics, so I'll aim to go below 53."

Miho Teramura won the women's 200 IM in 2:09.55 to book her second straight Olympic berth in the event, finishing 0.12 seconds ahead of runner-up Yui Ohashi who also sealed her games spot.

"I'd been working toward entering this race with a feeling of confidence. Following through on that was a real positive," said Teramura after winning the national title for the second time in a row.

"I'll try to come up with a better time in three months' time to be on the podium alongside Ohashi."

Ohashi won her place in a second games event after securing her spot in the 400 IM by topping the event on Saturday.

"I tried to break my personal record, but that made me nervous," said Ohashi. "I found out that if I push myself too hard in the first half of a race, I can't hold on in the second half."

Chihiro Igarashi won the women's 200 freestyle in 1:57.47 and sealed her place in the 4x200 relay team for the second straight games.