Katsuhiro Matsumoto rewrote his own Japanese record in the men's 200-meter freestyle Monday as he punched his ticket for the Tokyo Olympics on the third day of the national championships.

The runner-up at the 2019 world championships, Matsumoto secured his maiden Olympic berth by touching in 1 minute, 44.65 seconds at Tokyo Aquatics Centre, the games venue, shedding 0.48 second from his previous best. 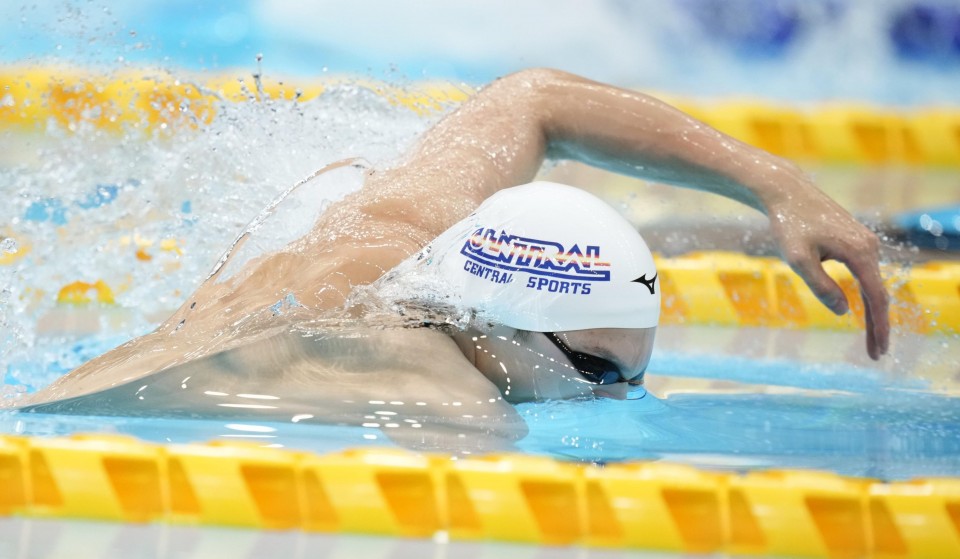 Katsuhiro Matsumoto during the men's 200-meter freestyle final at the national swimming championships on April 5, 2021, at Tokyo Aquatics Centre. (Kyodo)

"I had faith in what I've been doing and managed to swim through to the end," said Matsumoto, a strong finisher who led the entire race.

Konosuke Yanagimoto, Kosuke Hagino and Kotaro Takahashi all joined Matsumoto in securing their Olympic places in the 4x200 relay.

Hagino, the 400 individual medley gold medalist at the 2016 Rio de Janeiro Olympics, decided to skip the physically demanding event but will still contest the 200 backstroke and IM.

Veteran Ryosuke Irie secured his place in a fourth straight Olympics after comfortably winning the men's 100 backstroke in 53.13. 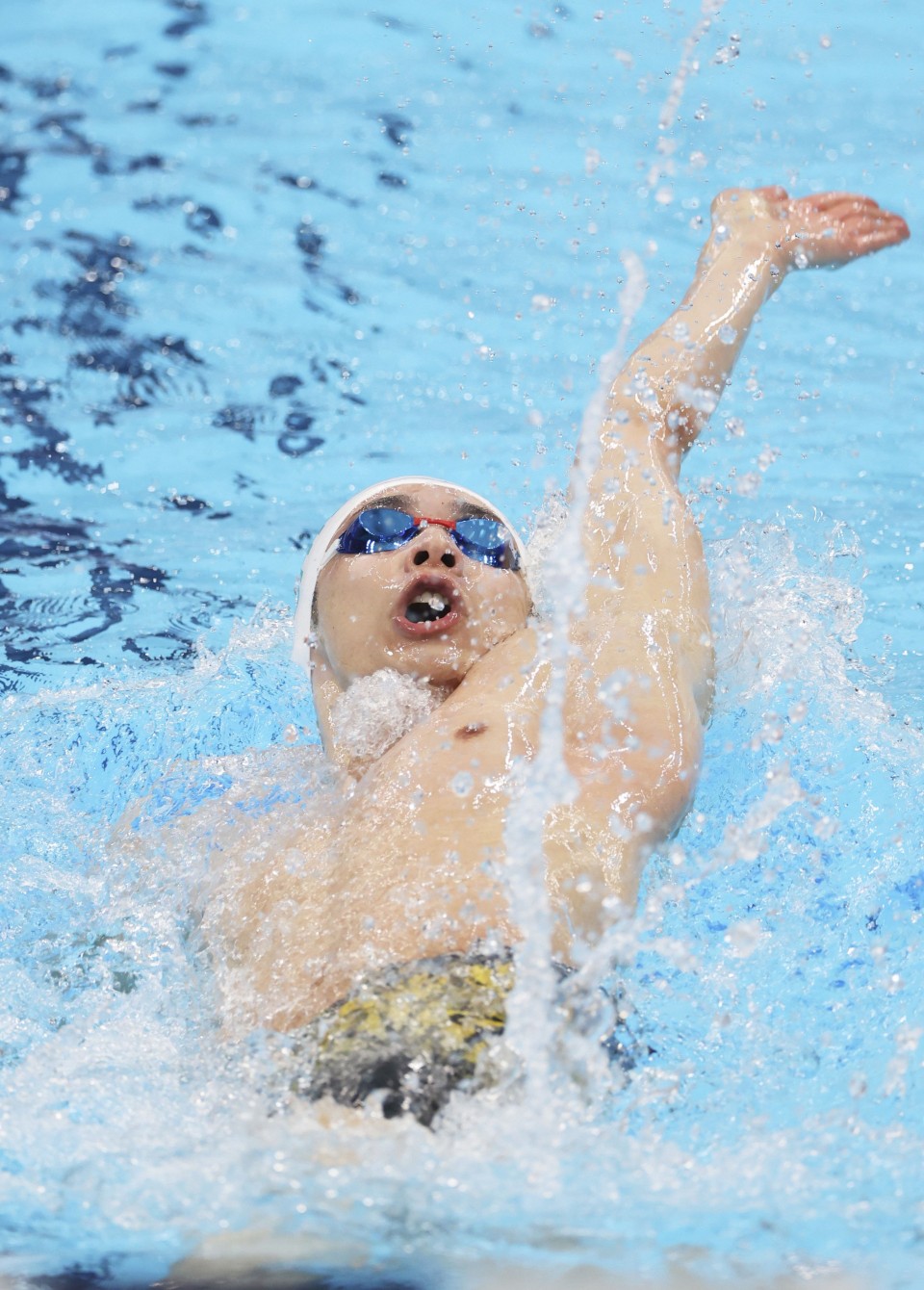 Ryosuke Irie swims en route to winning the men's 100-meter backstroke at the national championships at Tokyo Aquatics Centre on April 5, 2021, the final qualifying event for the Tokyo Olympics. (Kyodo)

"I was really nervous last night, and felt these Olympic qualifiers are hard to get used to, no matter how many of them you've been to," said Irie, who took bronze in the event at the 2012 London Olympics, along with the 200 backstroke silver.

The 31-year-old Irie has now won the 100 backstroke at eight straight national championships.

"I'm really relieved. I'd like a slightly better time, but this is where I am with the 100, and I'll keep working," he said.

Kanako Watanabe will compete in her third straight Olympics after winning the women's 100 breaststroke in 1:06.51. Reona Aoki was pipped to the post but her 1:06.56 was also enough to secure her first appearance at the Olympics.

"I expected the race to go down to the wire so winning it really boosts my confidence," said Watanabe, winner of the 200 breaststroke at the 2015 world championships. 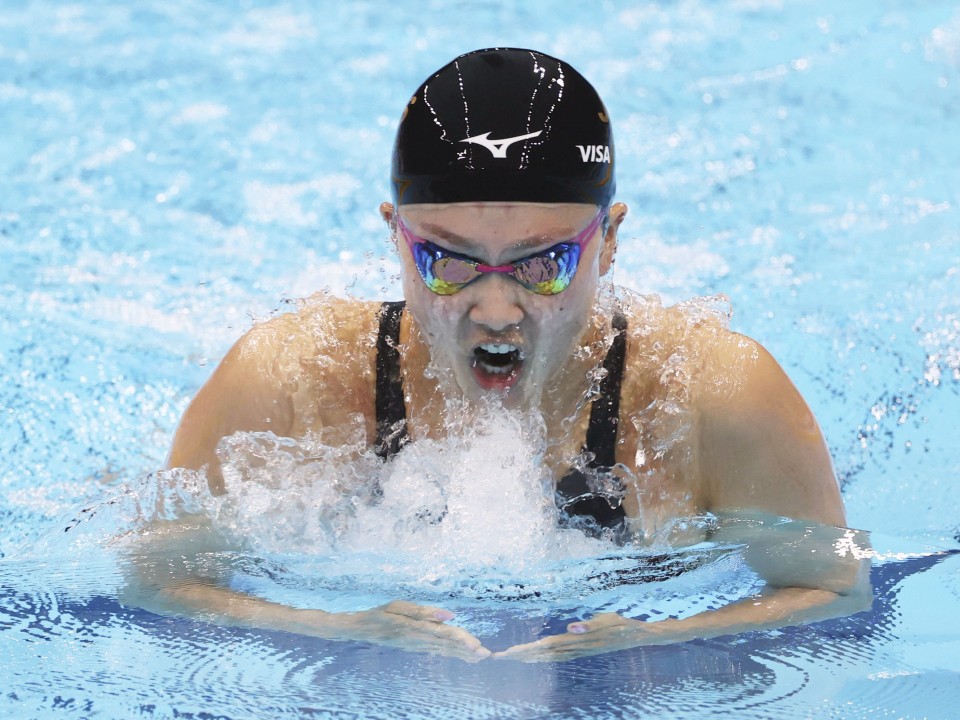 Kanako Watanabe swims en route to winning the women's 100-meter breaststroke at the national championships at Tokyo Aquatics Centre on April 5, 2021, the final qualifying event for the Tokyo Olympics. (Kyodo)

"I've been to two Olympics but could not produce results, so hopefully I can finally achieve my target this time around."

Daiya Seto -- who had already secured Olympic qualification in the 200 and 400 IM by winning both events at the 2019 world championships -- reached the 200 butterfly final with the second-fastest semifinal time of 1:55.56.

Seto, who won the 400 IM on the first day of the ongoing meet, was the runner-up at the worlds in the 200 butterfly.

Rio silver medalist Masato Sakai, however, made an early exit after finishing 19th in the heats.

Yui Ohashi, who qualified for the games by winning the women's 400 IM, reached the 200 IM final with the fastest semifinal time of 2:10.74.