Japan to set up panel on imperial succession as family shrinks

Japan will establish an advisory panel next week to solicit views from experts on ways to secure a stable imperial succession, the top government spokesman said Tuesday, amid concerns over the dwindling number of royal family members. 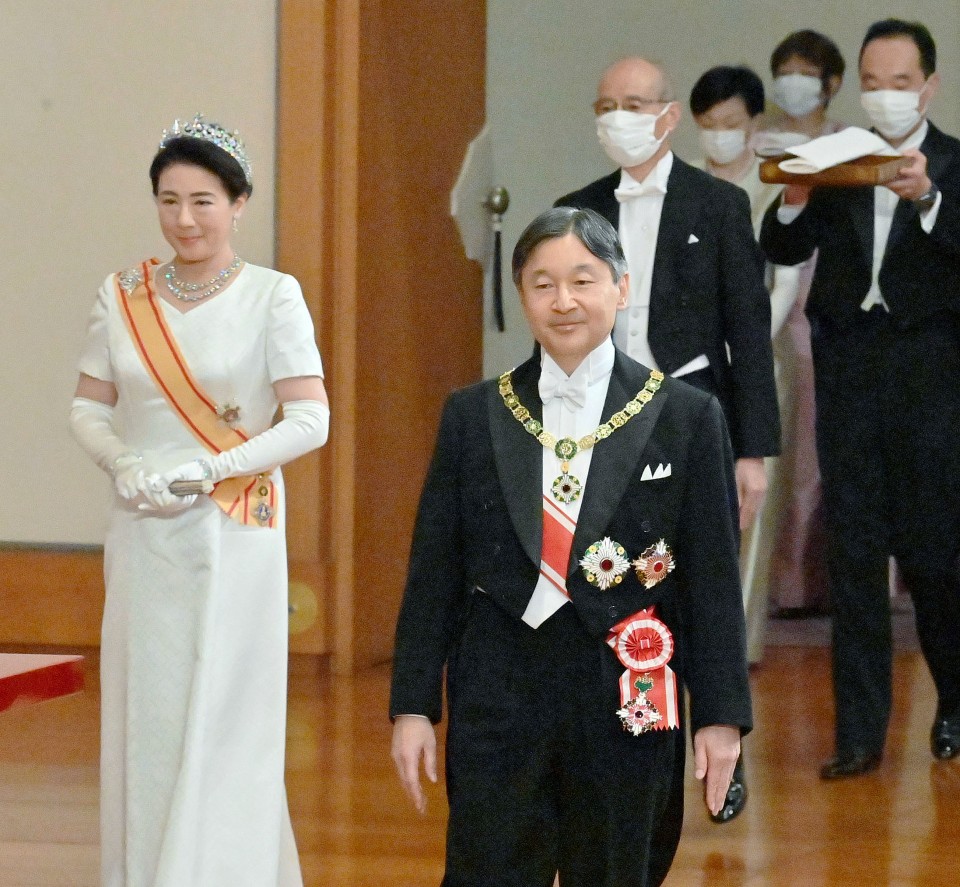 Japanese Emperor Naruhito and Empress Masako on Nov. 8, 2020, attend a ceremony called "Choken no gi" at the Matsu no Ma stateroom of the Imperial Palace in Tokyo. During the ceremony, Crown Prince Fumihito thanked the imperial couple following the formal declaration earlier in the day of him as first in line to the Chrysanthemum Throne. (Pool photo) (Kyodo) ==Kyodo

The six panel members include Tetsuro Tomita, chairman of East Japan Railway Co., and Atsushi Seike, former president of Keio University. They are expected to reach a conclusion following up to one year of discussions.

Japan's imperial house has been shrinking under the 1947 Imperial House Law, which states that only men in the paternal line can ascend the throne. It also requires women marrying commoners to abandon their royal status.

When a one-off law was enacted in 2017 to allow the former emperor's abdication, parliament adopted a nonbinding resolution calling on the government to promptly hold discussions on how to achieve a stable imperial succession and report its conclusion, without setting a deadline.

At present, there are only three heirs to the 61-year-old Emperor Naruhito -- his younger brother Crown Prince Fumihito, 55, his nephew Prince Hisahito, 14, and his uncle Prince Hitachi, 85.

The emperor and Empress Masako have one daughter aged 19, Princess Aiko.

A Kyodo News poll conducted in March and April last year showed 85 percent of respondents were in favor of allowing women to ascend the throne.

However, conservatives in the ruling Liberal Democratic Party are reluctant to make significant changes to the imperial succession, with Prime Minister Yoshihide Suga saying in January, "Under current circumstances, male-only succession should be given priority."

The panel will likely discuss ways to alleviate the burden of official duties on a shrinking pool of imperial family members, such as delegating duties to women who have lost their royal status after marrying a commoner or allowing them to head their own branches of the imperial family.