The imperial garden party planned for this spring has been canceled again to prevent the spread of the novel coronavirus, the Imperial Household Agency said Monday, the second year the event has been called off because of the pandemic. 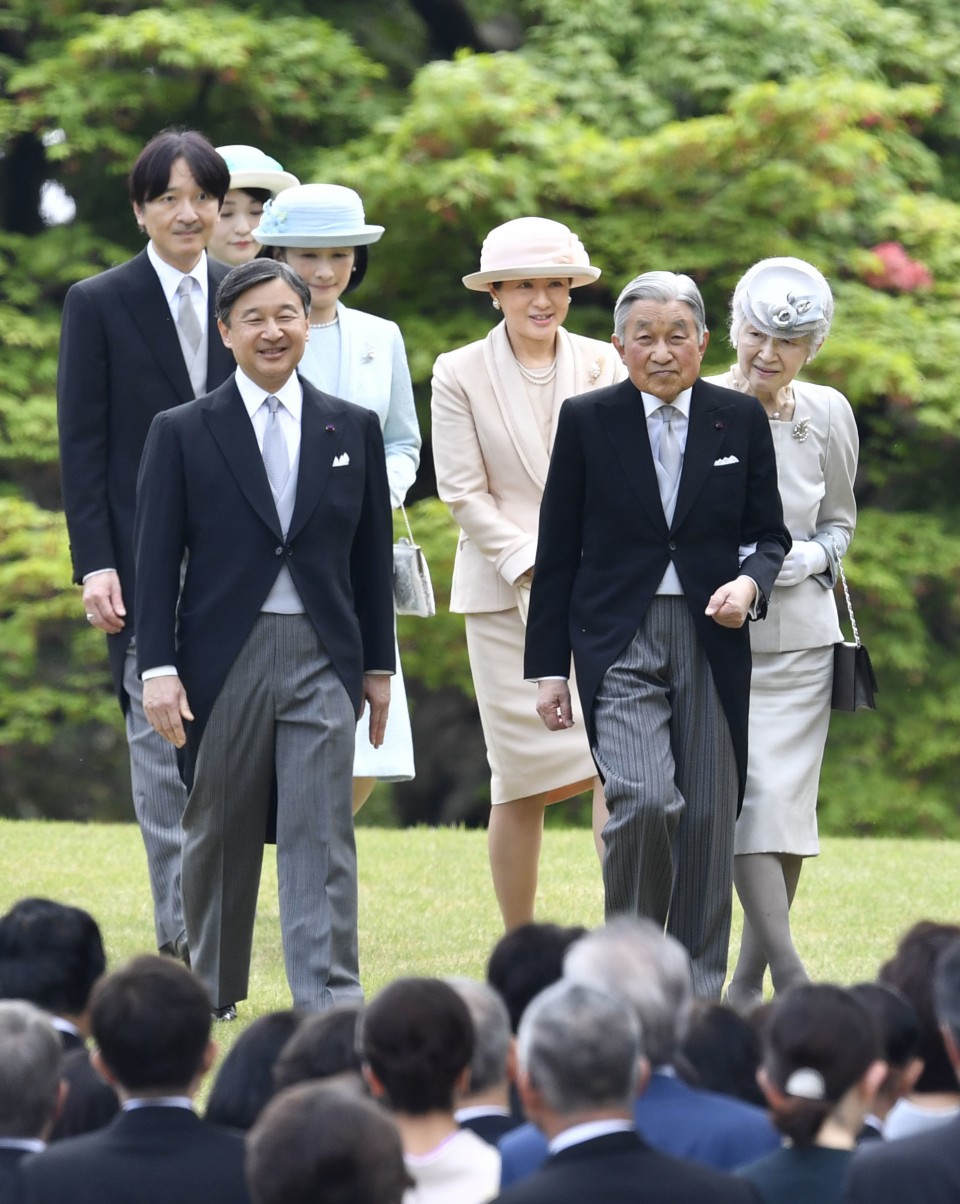 Then Emperor Akihito (front, R), Crown Prince Naruhito (front, L) and other imperial family members arrive at the venue of an "enyukai" spring garden party on April 25, 2018, at the Akasaka Imperial Gardens in Tokyo. (Kyodo)

The biannual parties, also held in the fall, have been canceled five times in a row. Garden parties were not held in 2019 as they clashed with Emperor Naruhito's enthronement rites.

Around 2,000 guests usually attend the parties at the Akasaka Imperial Gardens in Tokyo, where the emperor and empress greet and converse with people who have made notable contributions to the worlds of culture, sports and science.

Inui Street, a normally restricted section of the Imperial Palace grounds that opens to the public twice a year in the spring for cherry blossoms and in the fall for autumn foliage, will remain closed as well this spring due to the pandemic, the agency said.

It was first opened to the public in 2014 following the 80th birthday of former Emperor Akihito in December 2013. The street has been closed since the virus outbreak in early 2020.