Former prime ministers Naoto Kan and Junichiro Koizumi on Monday urged Japan to stop using nuclear power, saying the country should learn from the Fukushima crisis a decade ago and turn to renewable energy.

Both were proponents of nuclear power while in office but became critics following the March 11, 2011, earthquake, tsunami and subsequent triple meltdown at the Fukushima Daiichi nuclear plant. 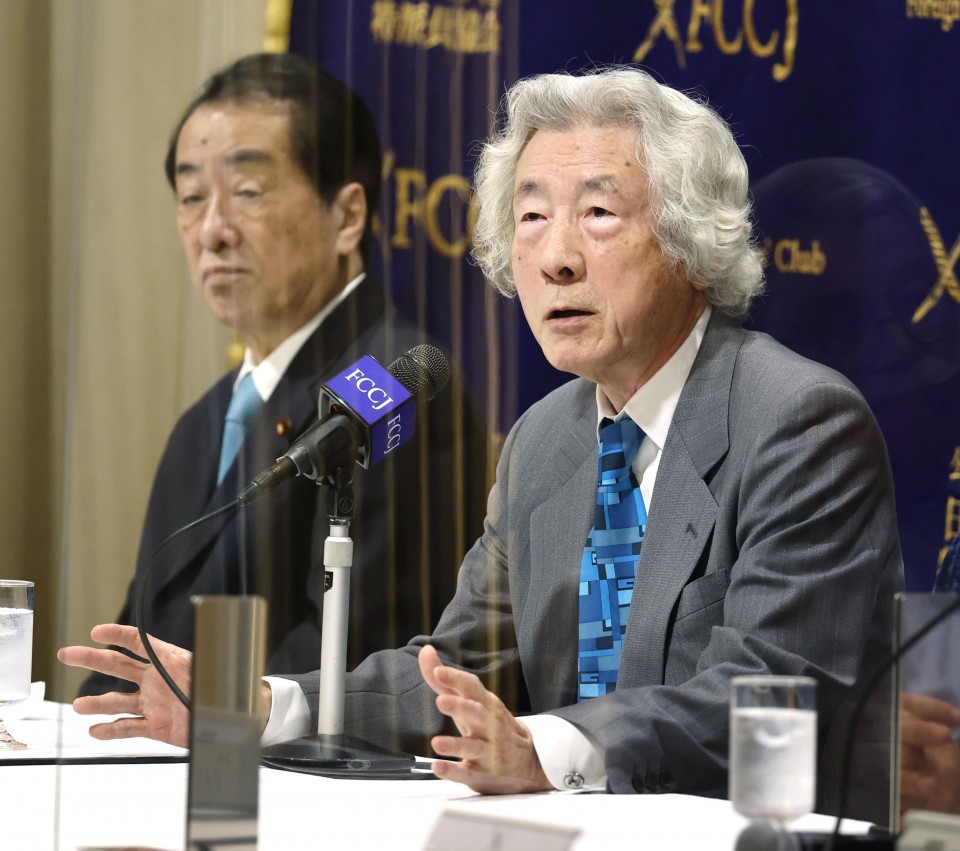 "Japan has so much natural sources of energy like solar power, hydropower and wind power. Why should we use something that's more expensive and less safe?" said Koizumi, a maverick reformist who held office from 2001 to 2006, at a joint press conference.

Kan, who led the response to the disaster at the time, criticized Yoshihide Suga's vow to reduce Japan's net carbon emissions to zero by 2050, calling it a pretense to restart nuclear reactors across the country, most of which have been halted as utilities wait to clear tougher regulations imposed after the Fukushima crisis.

While the former prime ministers come from opposite ends of the political spectrum -- Koizumi led the center-right Liberal Democratic Party while Kan headed the now-defunct Democratic Party of Japan, which leaned left -- they said opposing nuclear energy was a nonpartisan stance.

The main obstacle to shifting toward renewable energy is structural, Kan said, stemming from the entrenched interests of utility companies, government agencies and academics who constitute the "nuclear power village."

"They know it would be too expensive to build new plants, or that there's no way to properly dispose of nuclear waste. But there are a lot of stakeholders and they want to keep it that way," said Kan, now a member of the Constitutional Democratic Party of Japan.

Regarding tritium-laced water at Fukushima Daiichi quickly filling up tanks, Koizumi said in the press conference at the Foreign Correspondents' Club of Japan that plans to release the water into the sea were fiercely opposed by local fishermen and that further research into other options was needed.

Japan got 76 percent of its electricity from thermal power in fiscal 2019, compared with 18 percent from renewable energy and 6 percent from nuclear energy, according to preliminary data from the Ministry of Economy, Trade and Industry.

Under Suga's "Green Growth Strategy," the country is aiming to increase renewable energy to 50-60 percent while thermal power and nuclear energy is to constitute a combined 30-40 percent.