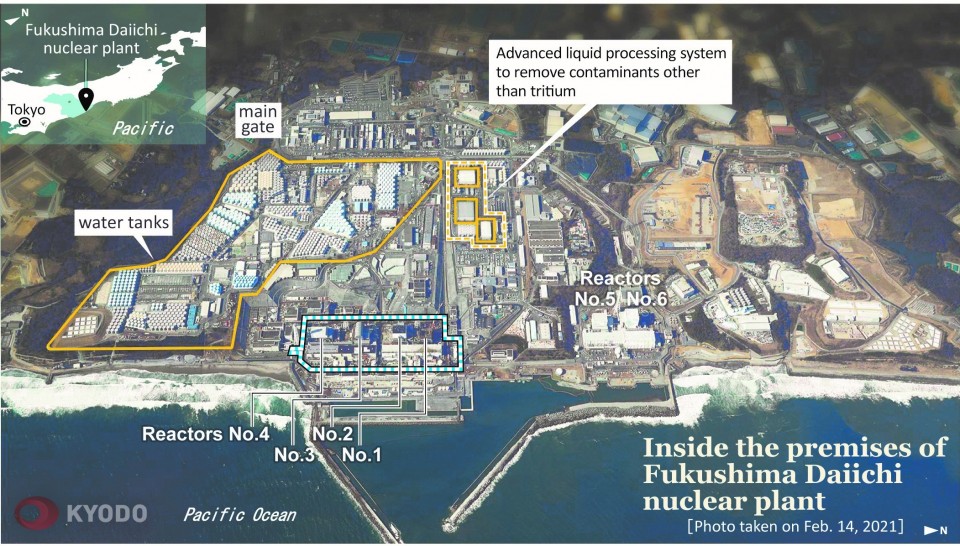 The decades-long challenge to scrap the Fukushima Daiichi nuclear plant, crippled by the massive earthquake and tsunami disaster that struck northeastern Japan in 2011, is becoming more complex as recent remote-controlled probes have highlighted just how damaged the reactors are.

Tokyo Electric Power Company Holdings Inc., operator of the six-reactor nuclear complex, aims to scrap the plant between 2041 and 2051. But critics have cast doubts on the schedule, citing not only the extremely high radiation levels, but problems associated with delayed probes and underdeveloped robots and other technology needed to extract an estimated nearly 900 tons of melted fuel debris.

Decommissioning of the plant, scene of the world's worst nuclear accident since the 1986 Chernobyl disaster, is crucial for Japan if it wants to stick to using nuclear power safely and show the world that the nuclear crisis is under control.

"It is likely that the roadmap will not be completed as scheduled," said Tetsuro Tsutsui, a member of the Citizens' Commission on Nuclear Energy, a group comprising academics and nuclear experts.

He added the "melted debris is mixed with fractured parts of buildings and concrete material and is highly radioactive, making it hard for robots to clear the debris."

The scrapping of the plant involves the daunting decision on how to dispose of the huge amount of radioactive waste left as a byproduct. This has been made worse as no municipality offered to become the final disposal site when the plant was operating.

Following a magnitude-9.0 earthquake and subsequent tsunami that hit the plant on March 11, 2011, Nos. 1 to 3 reactors at the Fukushima Daiichi plant suffered meltdowns, while hydrogen explosions damaged the buildings housing the Nos. 1, 3 and 4 reactors. 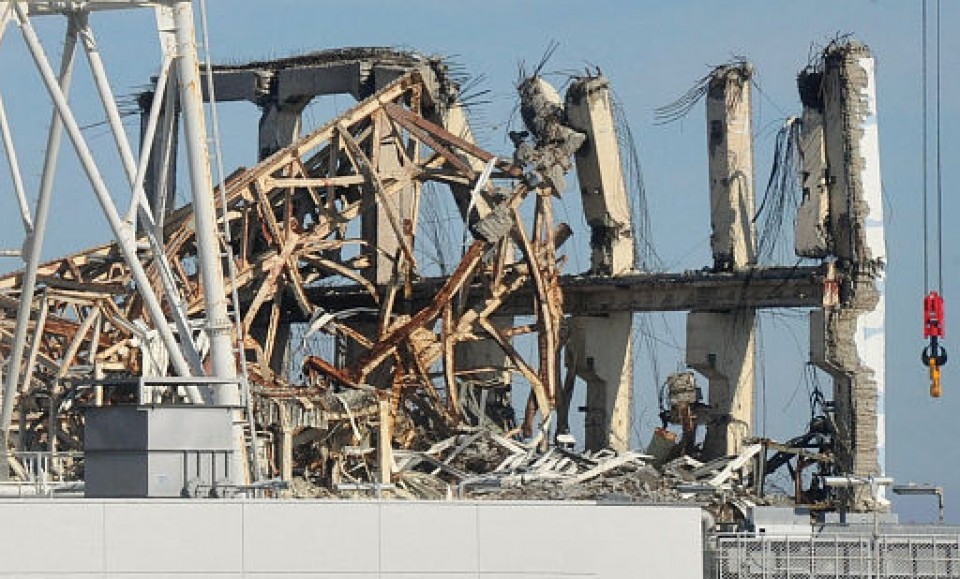 Photo taken on Nov. 12, 2011, shows the No. 3 reactor building at the Fukushima Daiichi nuclear power plant in Fukushima Prefecture, northeastern Japan, which was damaged by an explosion after the March 11 earthquake and tsunami. (Kyodo)

Due to the instability of renewable energy, Japan projects atomic power will remain one of its major power sources, accounting for 20 to 22 percent of its total electricity generation in fiscal 2030. It may further push the emissions-free nuclear power as it aims to become carbon neutral in 2050.

Of the 33 reactors in Japan, excluding those set to be scrapped, just four are currently in operation, partly because they need to clear stricter safety regulations following the Fukushima accident.

Tsutsui, a former petrochemical complex engineer, points to how the risk of extracting debris has become "clearer" compared to when the roadmap was first compiled in December 2011. With that in mind, he urged the government to act responsibly and review the roadmap.

"Nearly 10 years have passed following the Fukushima accident but with respect to the long decommissioning process, we are still hovering around the start line. We have a long journey ahead," said Fukushima Gov. Masao Uchibori in a recent briefing.

"The most difficult step is the safe and stable retrieval of the debris but we don't know what state it is in," he added. 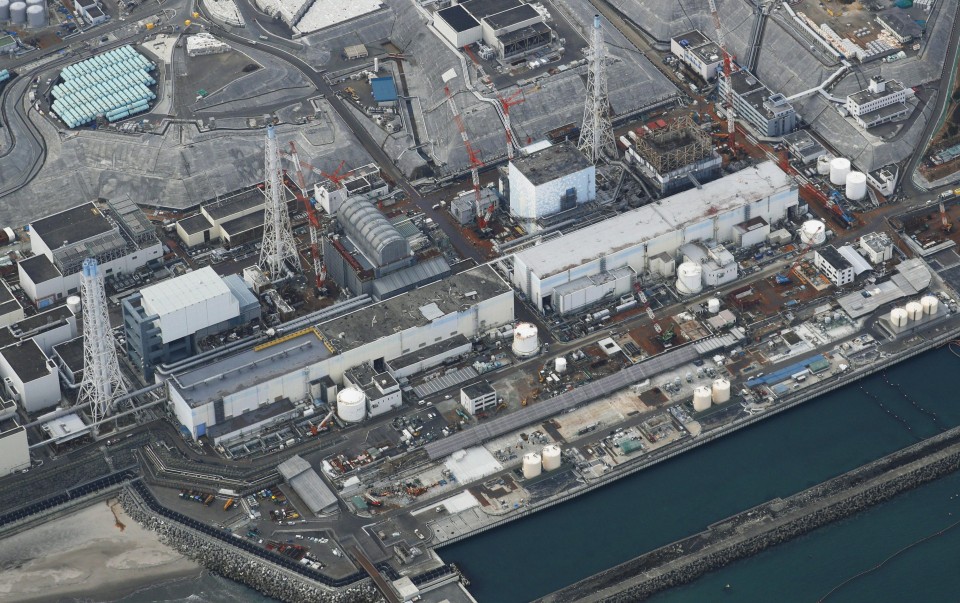 Despite the use of computer simulations and small-scale internal probes using remote cameras, data is scarce about the exact locations and other details of the melted fuel -- crucial information to determine the retrieval methods and develop the appropriate technology and robots.

Robotic probes at the Nos. 2 and 3 units have captured images of large amounts of material that appear to be melted fuel, but attempts so far have been unsuccessful at the No. 1 unit.

TEPCO opted to start the fuel removal at the No. 2 unit as it has the best grasp of the internal conditions there but no time frame has been set for the two other units.

In a setback for retrieval efforts, the company said in late December removing melted fuel from the No. 2 unit would be delayed from its initial starting period in 2021 by at least a year as the coronavirus pandemic has stalled the development in Britain of a robotic arm to be used for the extraction.

That robotic arm, however, can only extract a few grams of melted fuel debris at a time. To completely remove the hundreds of tons of melted fuel from the reactor larger machinery is required, experts say.

In another development that may affect the decommissioning process, a Nuclear Regulation Authority study group said in January a high concentration of radioactive cesium is likely to have accumulated in the lids of the containment vessels for the No. 2 and No. 3 reactors.

The regulator's findings in a new interim report draft on the Fukushima accident came as a shock because it was previously believed that most of the radioactive material remained at the bottom of the reactors in the form of melted nuclear fuel debris.

While industry minister Hiroshi Kajiyama has acknowledged the "delays" and "difficulties in making predictions," he insisted the overall decommissioning process is making "steady progress." The government and TEPCO say they will stick to the current roadmap.

TEPCO, whose biggest shareholder is the Japanese government, has not given an estimate of the costs for the debris removal, which would add to the 8 trillion yen ($75 billion) already forecast for the decommissioning process.

The utility and the government have also been grappling with the buildup of radioactive water, which is generated in the process of cooling the meltdown reactors.

Part of the water is stored inside massive tanks set up inside the premises, having gone through a system that removes various radioactive materials except tritium, which is difficult to separate from water. 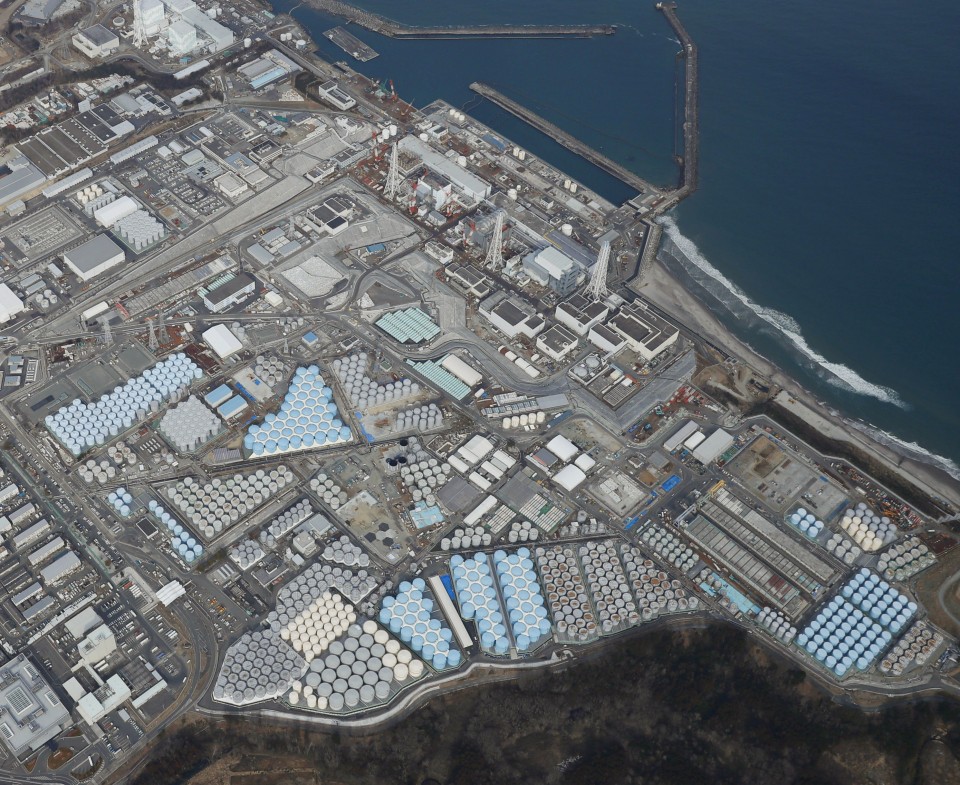 Tanks containing treated water including radioactive tritium are stored on the premises of the Fukushima Daiichi nuclear complex on Feb. 21, 2018. (Kyodo)

The government is considering dumping the water into the Pacific after diluting it to a radiation level below the legal limit, saying the tanks are filling up. It says space is needed to store debris once it is extracted from the damaged reactors.

But discharging the water remains a sensitive issue especially for the local fishing industry struggling to revive its business following the accident. Neighbors South Korea and China as well as U.N. human rights experts have expressed caution about the discharge.

Releasing it into the ocean could lead to a continued ban on exports from this area or an introduction of new export restrictions, observers say.

According to Yasuro Kawai, another member of the commission, the government's decision to release treated water into the sea is in fact the government's attempt to minimize the impact of the Fukushima crisis and say dismantling work is on track.

"But the roadmap is nothing but pie in the sky," he said.

The commission says it is more logical to keep the debris inside the reactors than to retrieve it and suggests constructing a shield around the reactors and postpone taking out the melted fuel until 100 years or 200 years later when radioactive activity levels have decreased.