Mohammad Javad Zarif's remarks in an interview with Kyodo News on Sunday appear aimed at speeding up the decision of the Biden administration, which intends to return to the 2015 nuclear deal and to resume dialogue with Iran.

Calling Japan an old friend of Iran and noting its good relations with the United States, he said, "We expect Japan to act as a friend, particularly when it comes to international law" -- suggesting that sanctions reimposed after Washington left the landmark nuclear deal in 2018 are illegal. 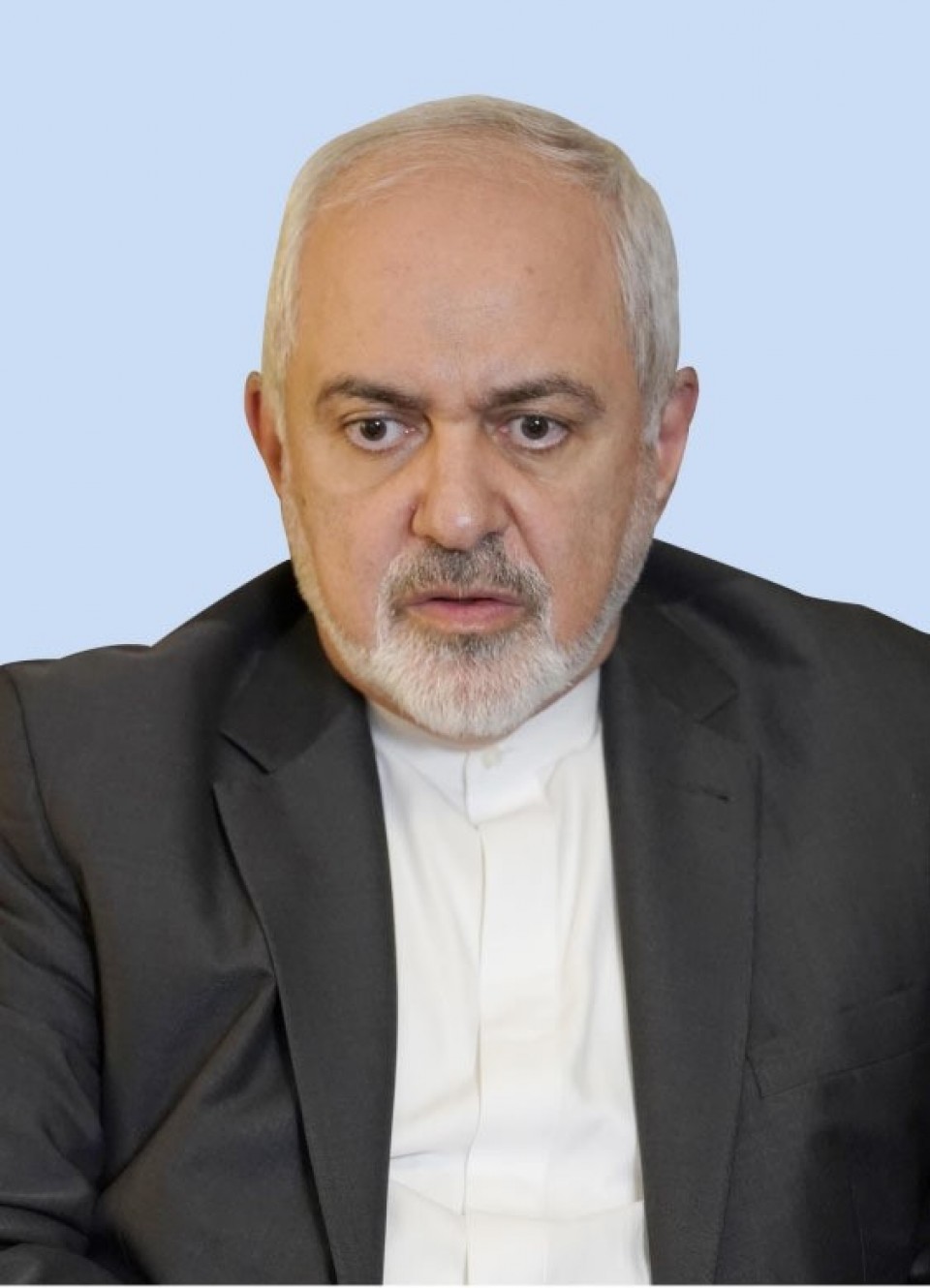 "Since the United States is violating international law, the best role that Japan can play is to show Americans that Japan will not implement their illegal decisions," he said.

Zarif specifically called on Japan to unfreeze Iranian assets frozen in Japanese banks due to U.S. sanctions, as a gesture to Iran by the new government of Prime Minister Yoshihide Suga, who came to power last September.

According to Zarif, frozen assets in Japan and South Korea total close to $10 billion. Japan's share -- mainly revenue from crude oil exports to Japan -- is estimated to be just under $3 billion.

He said the unfrozen funds could be used to procure medicines and food, including vaccines for the novel coronavirus.

On the role of the European Union, Zarif stressed EU foreign policy chief Josep Borrell's responsibility to sequence a restoration of compliance with the nuclear accord by Washington and Tehran.

But the foreign minister ruled out direct negotiations with the Biden administration to that end.

"When Washington takes its steps, and we see the outcome, we can immediately take (steps) ourselves, and it is up to Borrell to choreograph these steps," he said.

With the inauguration of the Biden administration on Jan. 20, expectations have been raised for an improvement of U.S.-Iran relations, which had deteriorated almost to the point of war under Trump.

But so far, both sides insist the other act first.

The U.S. side wants Iran, which has been strengthening uranium enrichment in contravention of its commitments under the 2015 deal, to resume full compliance with it.

It also seeks to lengthen and to strengthen the provisions of that deal, using it in turn as a platform to negotiate follow-on agreements to address such concerns as Iran's ballistic missile program.

Zarif, however, said the deal cannot be renegotiated.

He warned the window of opportunity to resolve the impasse will soon close as Iran's parliament has set Feb. 21 as the day to end nuclear watchdog inspections beyond the country's obligations under its safeguards agreement with the International Atomic Energy Agency.

"A law has been passed by parliament. That law has to be implemented," he said while pressing Biden's team to decide soon whether to return to the nuclear deal with Iran or continue Trump's legacy by not quickly lifting sanctions.

Under the deal struck with six major powers -- Britain, China, France, Germany, Russia and the United States -- Iran agreed to curb its nuclear activities in exchange for the lifting of sanctions.

Since 2018, when Trump withdrew the United States from the accord struck under his predecessor Barack Obama, Iran has downgraded its commitments, resulting in an increase in its nuclear fissile purity up to 20 percent and installation of new generation and speedy subterfuges in its underground facilities.

Zarif called that a natural outcome of Trump's failed "maximum pressure" policy on Iran and added, "If President Biden wants to continue the same legacy, he will not be able to produce miracles."

Biden told CBS News last week that he would not lift sanctions first in order to get Iran back to the negotiating table and that Iran needs to stop uranium enrichment beyond levels agreed to in the nuclear deal.

But Iran's Supreme Leader Ayatollah Ali Khamenei emphasized later that sanctions must be lifted first and said this is Tehran's "final and irreversible" policy.

The focus will be on whether Japan and Europe can act as intermediaries and find clues to get out of the current predicament.

Zarif expressed his willingness to meet with senior Japanese government officials, saying, "They can raise whatever they want to raise with me, and I will respond to them based on Iranian policy and based on long-standing friendship between Iran and Japan."

The previous administration of Prime Minister Shinzo Abe tried to mediate between the United States and Iran such as by proposing the barter of Iranian crude oil and U.S. grain, which never materialized.