Speaking from the Capitol, which just two weeks earlier had been stormed by a pro-Trump mob seeking to block the transfer of power, the 78-year-old Democratic president declared that democracy has prevailed but much work is needed to repair and heal the bitterly divided country. 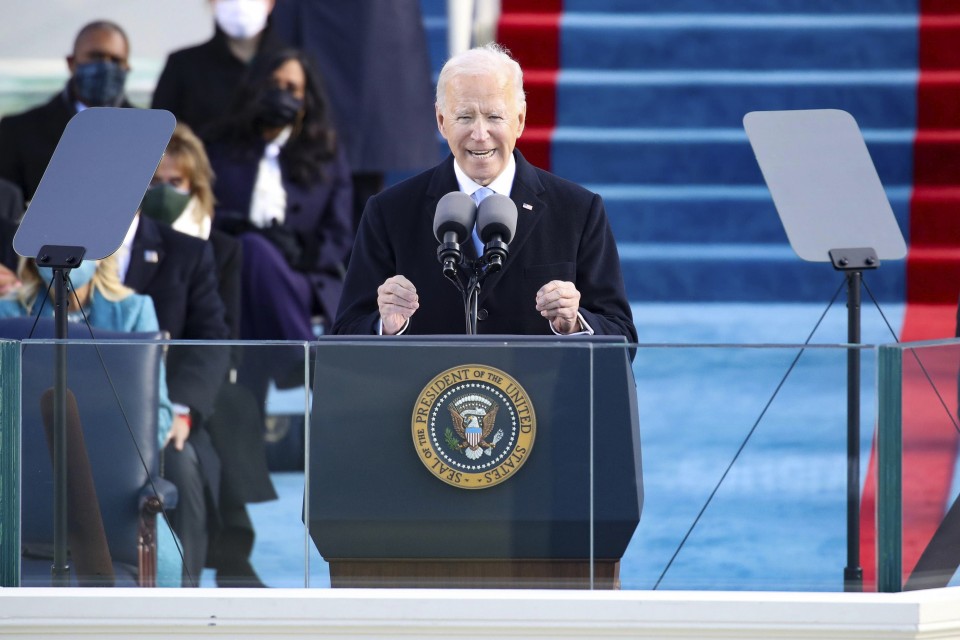 U.S. President Joe Biden delivers his inaugural address at the Capitol in Washington on Jan. 20, 2021. (Getty/Kyodo)

"Today, on this January day, my whole soul is in this: Bringing America together. Uniting our people. Uniting our nation. And I ask every American to join me in this cause," Biden said after being sworn in as the 46th president of the United States.

As his message to countries around the world, the former vice president in the administration of Barack Obama said the United States will "repair our alliances and engage with the world once again" while leading "not merely by the example of our power but by the power of our example."

Biden is the oldest-ever U.S. president at the time of inauguration. Vice President Kamala Harris, a 56-year-old former senator of California, made history also as the first black and first Asian American to hold the nation's second-highest office.

The new administration's challenges range from curbing the spread of the novel coronavirus, which has killed more than 400,000 people in the country, reviving growth, addressing racial injustice and tackling the climate crisis.

It will also have to deal with China's assertiveness and threats from a nuclear-armed North Korea.

Biden spent his first hours after the inauguration reversing some of Trump's controversial legacies, such as by signing a document to start the process of the United States rejoining the Paris climate accord and another to re-engage it with the World Health Organization.

He also signed an executive order to end a travel ban targeting several Muslim-majority countries, which has been criticized as a policy rooted in religious animus and xenophobia. Additionally, he halted the construction of a U.S.-Mexico border wall, Trump's signature project.

In a contrast to Trump, who played down the seriousness of the pandemic and was reluctant to wear a mask, Biden issued a mask mandate for visitors to federal buildings and launched a campaign asking the public to mask up for 100 days. 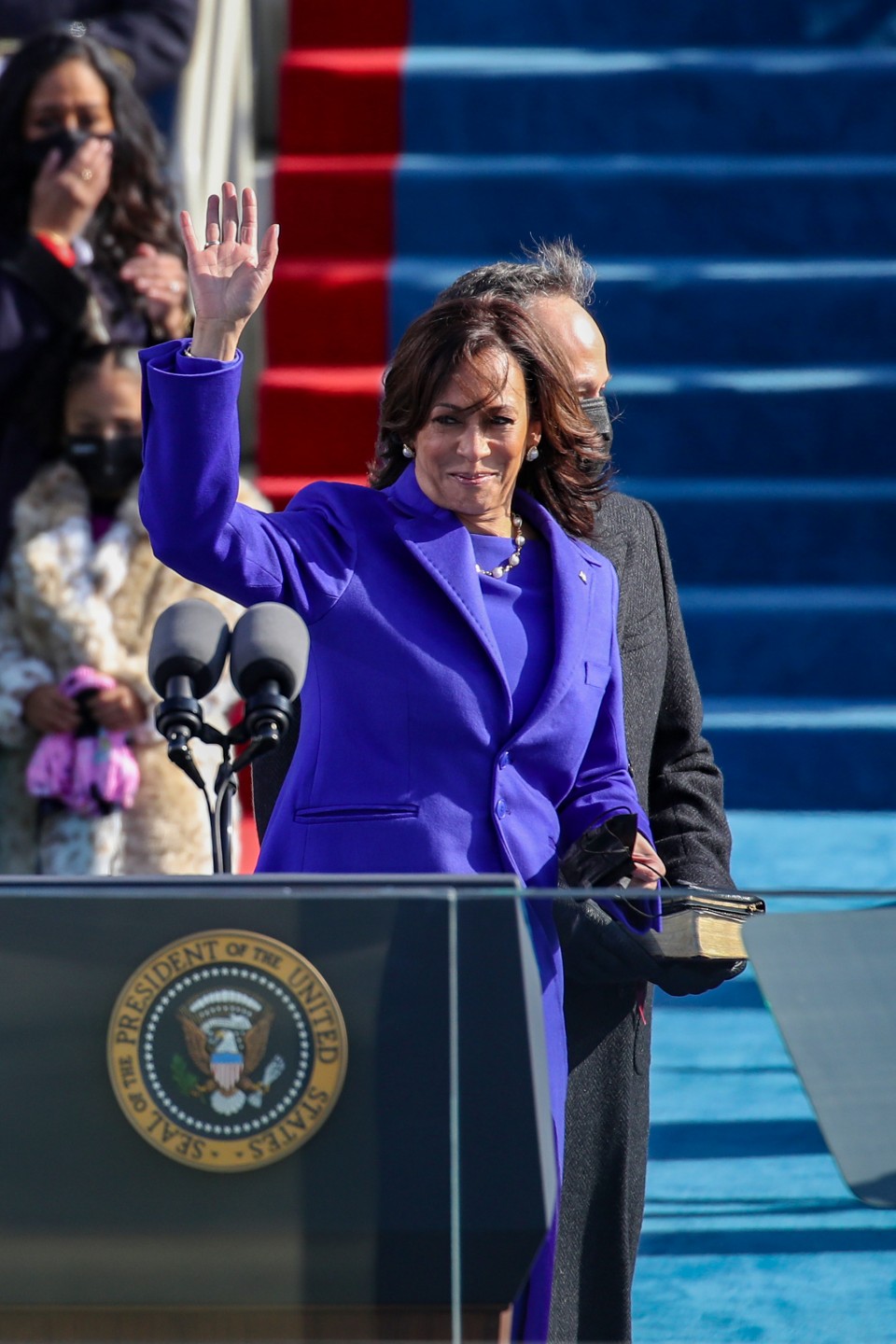 Newly sworn in U.S. Vice President Kamala Harris waves during the inauguration of  President Joe Biden on the West Front of the U.S. Capitol on Jan. 20, 2021 in Washington.  (Getty/Kyodo)

The inauguration ceremony took place under the guard of a massive military presence in Washington amid concerns over further armed protests in the wake of the Capitol riot. The center of Washington was placed in a state of lockdown and fences were set up in various locations.

The celebration was pared down, just as many events have been amid the coronavirus pandemic, and the traditional inaugural parade from the Capitol to the White House was replaced with a virtual one featuring performances across the country.

Trump, a 74-year-old Republican, left the White House earlier in the day, making him the first outgoing president in over 150 years to skip the inauguration of his successor. Former Vice President Mike Pence attended the ceremony.

"Things that we've done have been just incredible...So just a goodbye. We love you. We will be back in some form," Trump told a group of cheering supporters at Joint Base Andrews near Washington, before taking his final ride on Air Force One to head to Florida.

He has refused to offer Biden a full concession, having reiterated baseless claims of widespread fraud in the November presidential election. 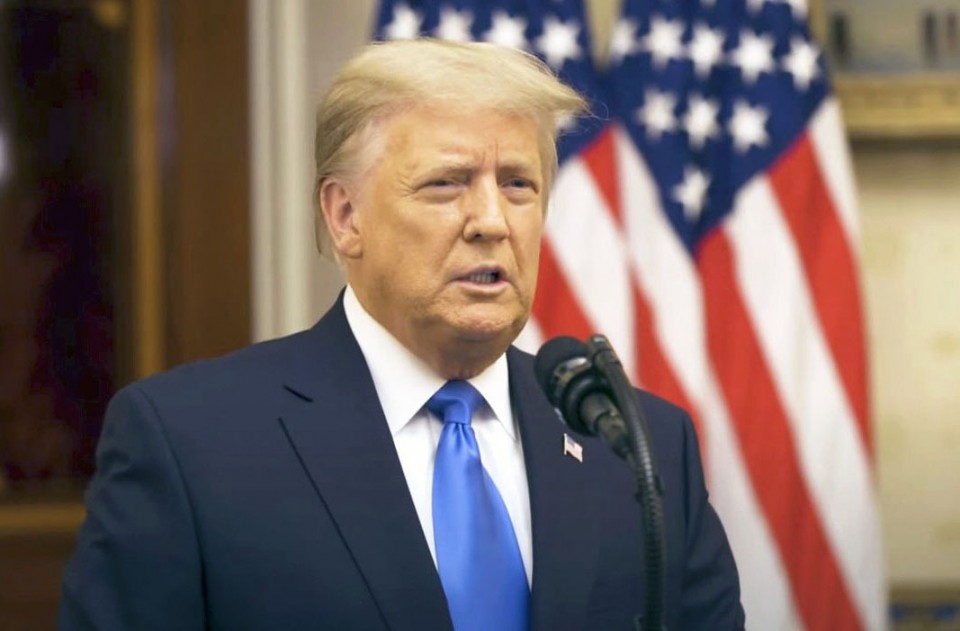 The final days of the Trump presidency unfolded chaotically in the wake of the Capitol riot on Jan. 6, which stirred an uproar over his role in inciting what some have described as an insurrection while Congress was engaged in a constitutional process to certify Biden's win in the election.

Expectations are high that Biden, whose political career spans nearly half a century including two vice-presidential terms through January 2017, will bring normalcy back to the White House after rocky years under Trump.

Under the banner of putting America's interests first, Trump pulled his country out of international agreements, implemented protectionist trade measures and pressured allies in Asia to pay for more of the costs associated with hosting U.S. troops in their countries.

He has also deepened divisions within U.S. society with his controversial tweets and remarks on race, immigration and protests.

Trump is the first elected U.S. president to fail to win a second term since Republican George H.W. Bush in 1992. The Republican Party also failed to retake the House of Representatives and lost control of the Senate in the 2020 elections. 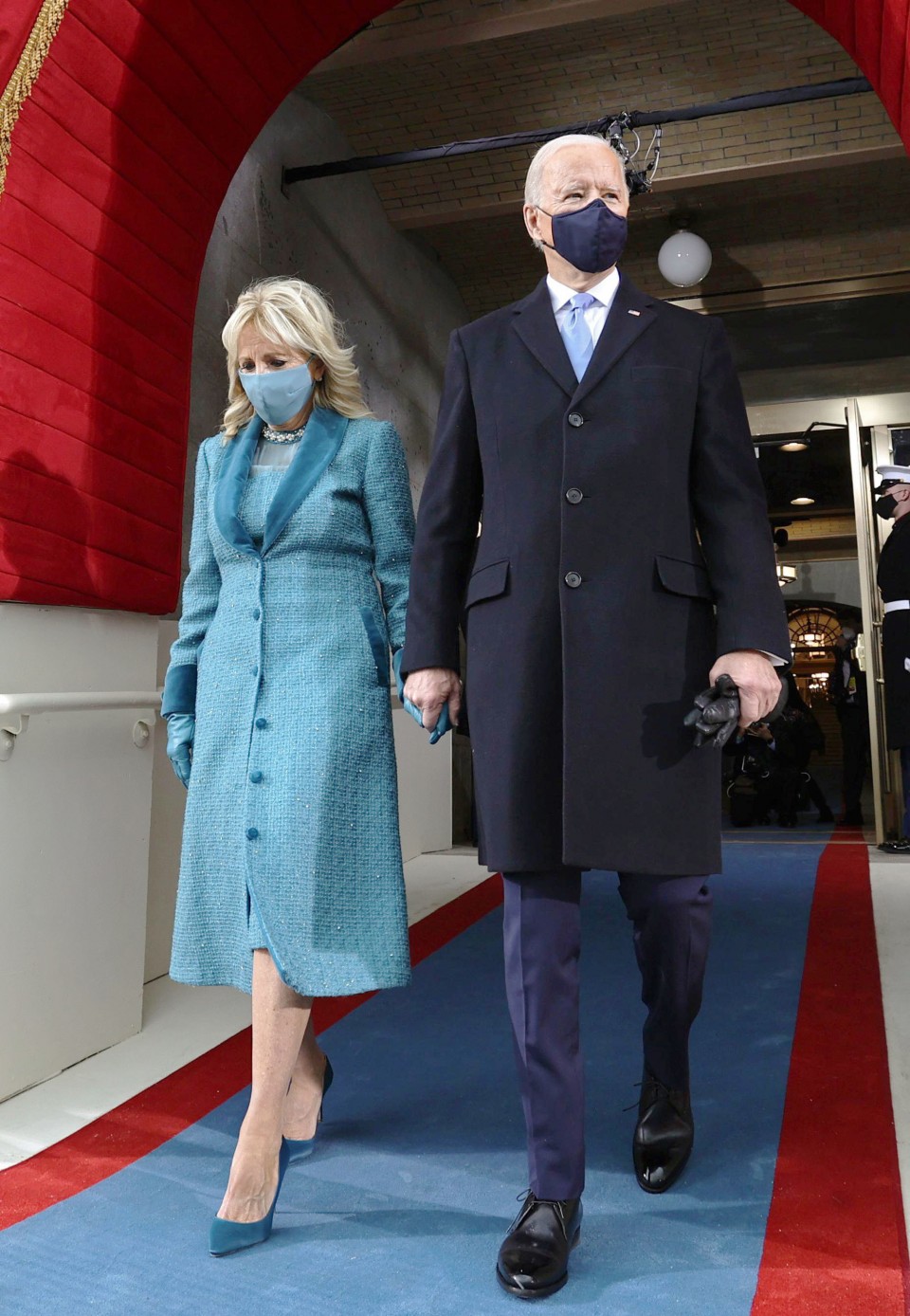 President Joe Biden arrives with his wife Jill Biden at the U.S. Capitol for the inauguration on Jan. 20, 2021, in Washington. (UPI/Kyodo)

The following is the gist of new President Joe Biden's inauguration speech and other actions taken on Wednesday.

-- lead the world not merely by the example of power but by the power of example.

-- put his whole soul into uniting the divided country.

-- cease process of withdrawing from the World Health Organization.

-- put an end to travel ban affecting some Muslim-majority countries. 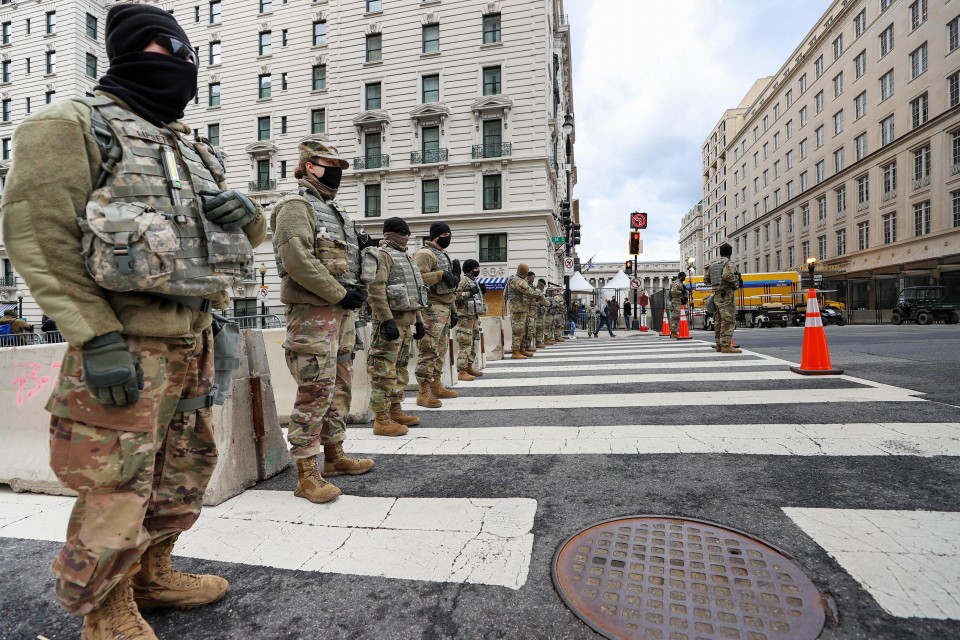 Security measures are taken near Capitol building and the White House by National Guard soldiers on the inauguration day for President-elect Joe Biden, in Washington, D.C. on Jan. 20, 2021. (Anadolu Agency/Getty/Kyodo)

The following is a chronology of major events under Donald Trump, whose presidency ended Wednesday.

July 7 -- U.S. says it has notified United Nations of its withdrawal from World Health Organization.

Nov. 7 -- Trump refuses to concede after Biden projected as winner by U.S. media.