Liberal Democratic Party lawmaker Tamayo Marukawa took office as the new Olympic minister on Thursday, replacing Seiko Hashimoto who took the helm of the organizing committee of this summer's Tokyo Olympics and Paralympics.

Prime Minister Yoshihide Suga told reporters he expects Marukawa to use her previous experience in the role, which she held from 2016 to 2017, to help realize a "safe and secure" games.

Marukawa, a 50-year-old member of the House of Councillors who also served as environment minister, pledged to prioritize measures against the COVID-19 pandemic in preparing for the Tokyo Games.

"We cannot stage successful games unless the public feels the events can be held safely," she said at a press conference. 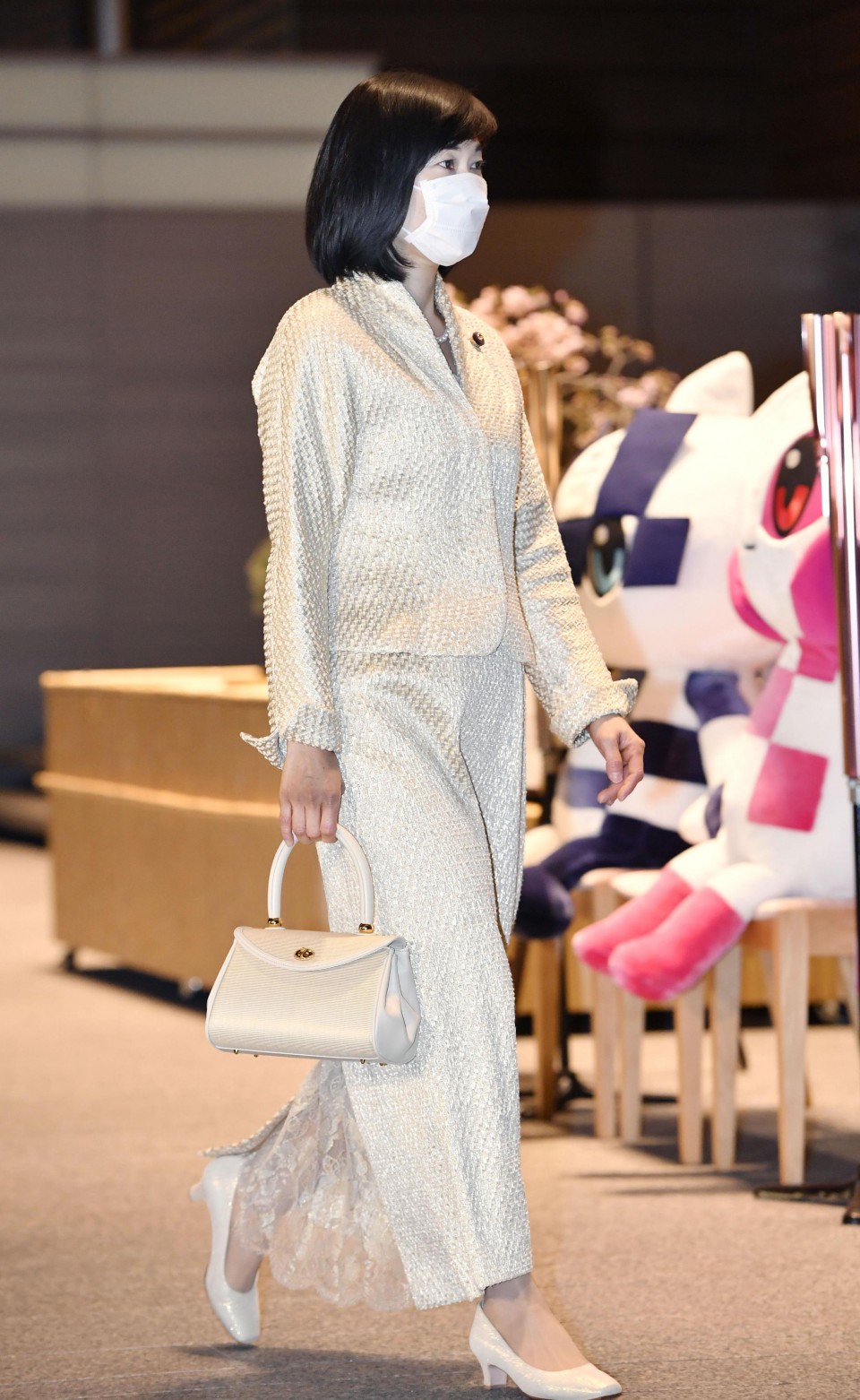 New Japanese Olympic minister Tamayo Marukawa arrives at the prime minister's office in Tokyo on Feb. 18, 2021, following her attestation ceremony at the Imperial Palace. Marukawa replaced Seiko Hashimoto who took the helm of the organizing committee of this summer's Tokyo Olympics and Paralympics. (Kyodo) ==Kyodo

A decision on how many spectators will be allowed to attend will be made in the spring, Marukawa said.

"Unfortunately it has recently become clear that Japan is only halfway along in its efforts for gender equality," said Marukawa, who concurrently took over Hashimoto's portfolios as minister in charge of women's empowerment and gender equality.

The Cabinet change, the first since Suga took office last September, came with less than six months until the postponed Tokyo Olympics and amid public skepticism of whether the games can take place during a pandemic.

More than 80 percent of respondents in a Kyodo News poll conducted this month said the Olympics and Paralympics should be either delayed again or canceled outright.

A newscaster-turned-politician, Marukawa is a native of Hyogo Prefecture, western Japan, but represents Tokyo as a third-term upper house member.

She also previously served as environment minister from 2015 to 2016 under then Prime Minister Shinzo Abe, and since last September has been the LDP's head of public relations.

Her husband is also an LDP lawmaker, House of Representatives member Taku Otsuka.