Ozeki Shodai and No. 1 maegashra Daieisho both fashioned wins on Friday to retain their share of the New Year Grand Sumo Tournament lead after 13 days.

Shodai, seeking his second Emperor's Cup, made a promising drive but decided to resort to a pull-down attempt against Takanosho (7-6), who countered to force the ozeki all the way back to the opposite edge of the ring at Tokyo's Ryogoku Kokugikan.

With one foot on the straw bales, Shodai's forceful slap down saw the sekiwake touch the sandy surface an instant before Shodai's backward momentum carried him out. The ozeki's narrow win was only confirmed after a discussion by ringside judges. 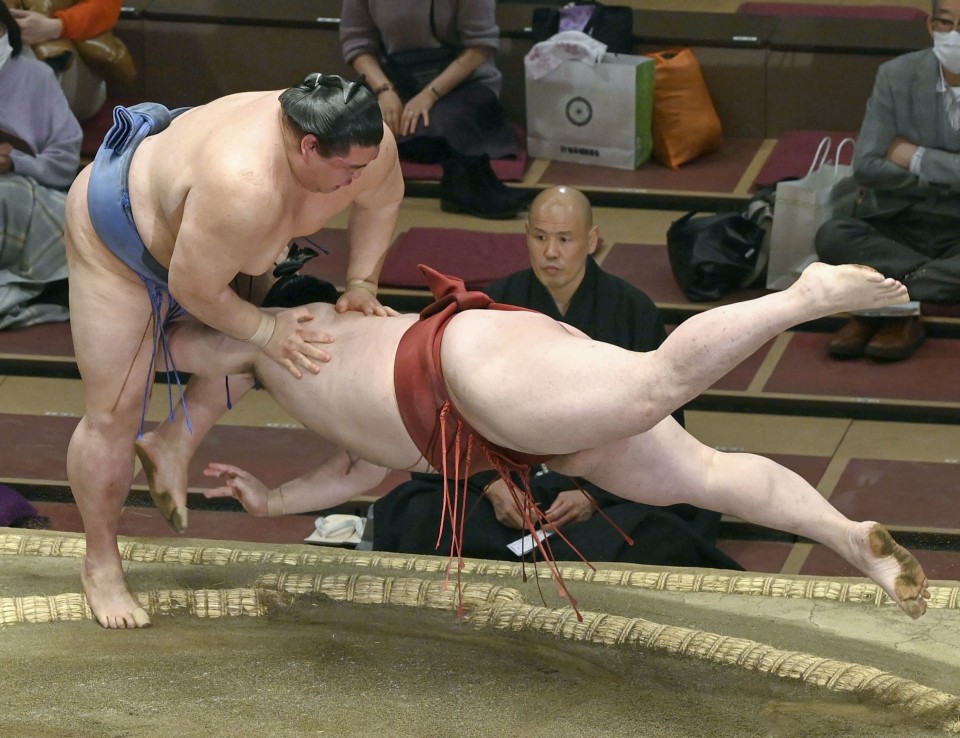 Former sekiwake Daieisho, meanwhile, left No. 6 Ryuden (4-9) no room to maneuver, forcing the rank-and-filer back with his powerful charge before shoving him straight off the ring in a resounding win to stay in the hunt for his first 15-day grand tournament championship.

Asanoyama was one of four wrestlers who maintained some slim hope of a championship by improving to 9-4.

The ozeki, who suffered his fourth loss the day before against sekiwake Terunofuji, held a firm left-overarm belt hold before executing a textbook throw to flip No. 5 Okinoumi (7-6) down to defeat.

Terunofuji failed to get a belt hold against low-charging Endo (5-8). The former ozeki, however, made an impressive display of his upper body strength by dislodging the No. 5 rank-and-filer from his own belt. As Endo stepped back to regroup, Terunofuji was on him in a flash and shoved him out.

Meisei, however, is out of contention after the No. 7 rank-and-filer saw his thrust parried and countered by No. 3 Onosho (8-5), who secured a winning record with a push-out win. 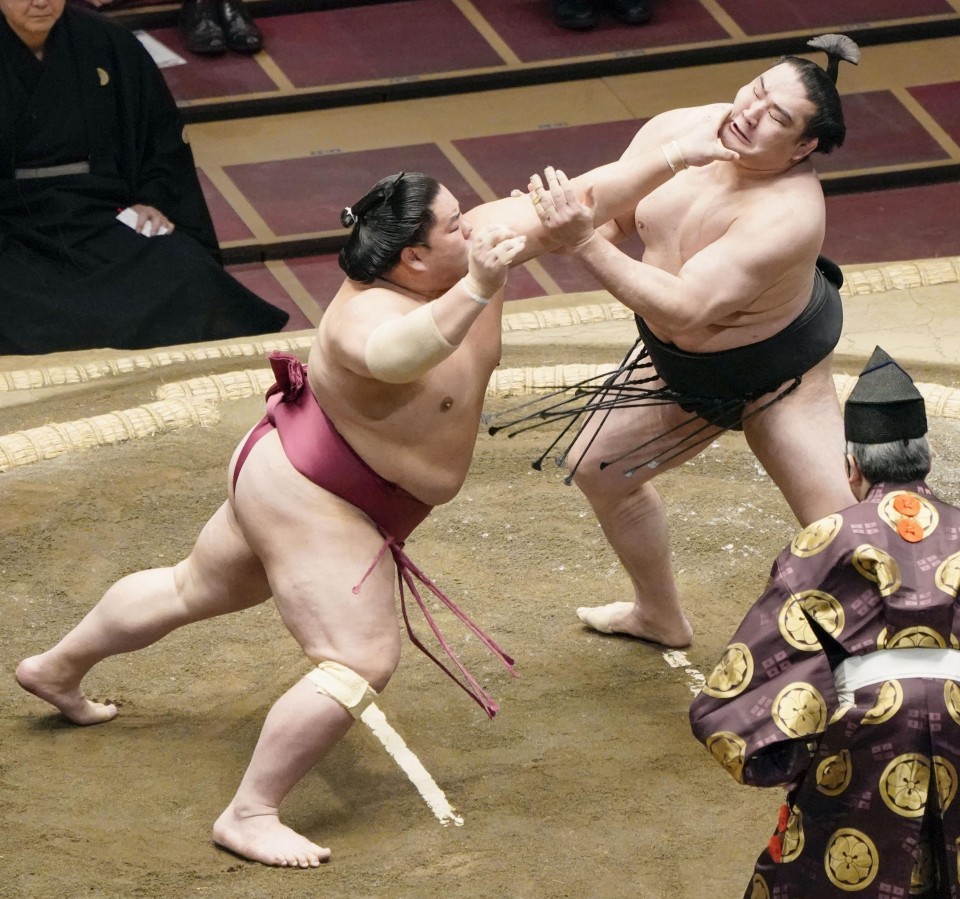 Komusubi Mitakeumi (8-5) triumphed for the sixth straight day and secured a winning record after pushing out hapless No. 6 Kagayaki (5-8).

Fellow komusubi Takayasu (8-5) also secured a winning record as the former ozeki kept his calm to chase No. 4 Tamawashi (5-8) around the raised ring before thrusting the Mongolian out.

Ozeki Takakeisho, who entered the tournament with a shot at promotion to yokozuna, withdrew with an ankle injury on Day 10 of the meet, which is missing a postwar-record 17 wrestlers from the top two divisions, 15 of them due to the coronavirus.