Joint overnight leaders Daieisho and Shodai stayed at the front of the pack Thursday at the New Year Grand Sumo Tournament after each claimed their 10th win.

Ozeki Shodai convincingly beat No. 6 maegashira Ryuden in the penultimate bout on Day 12 at Ryogoku Kokugikan, while No. 1 Daieisho had a close call against No. 7 Meisei. 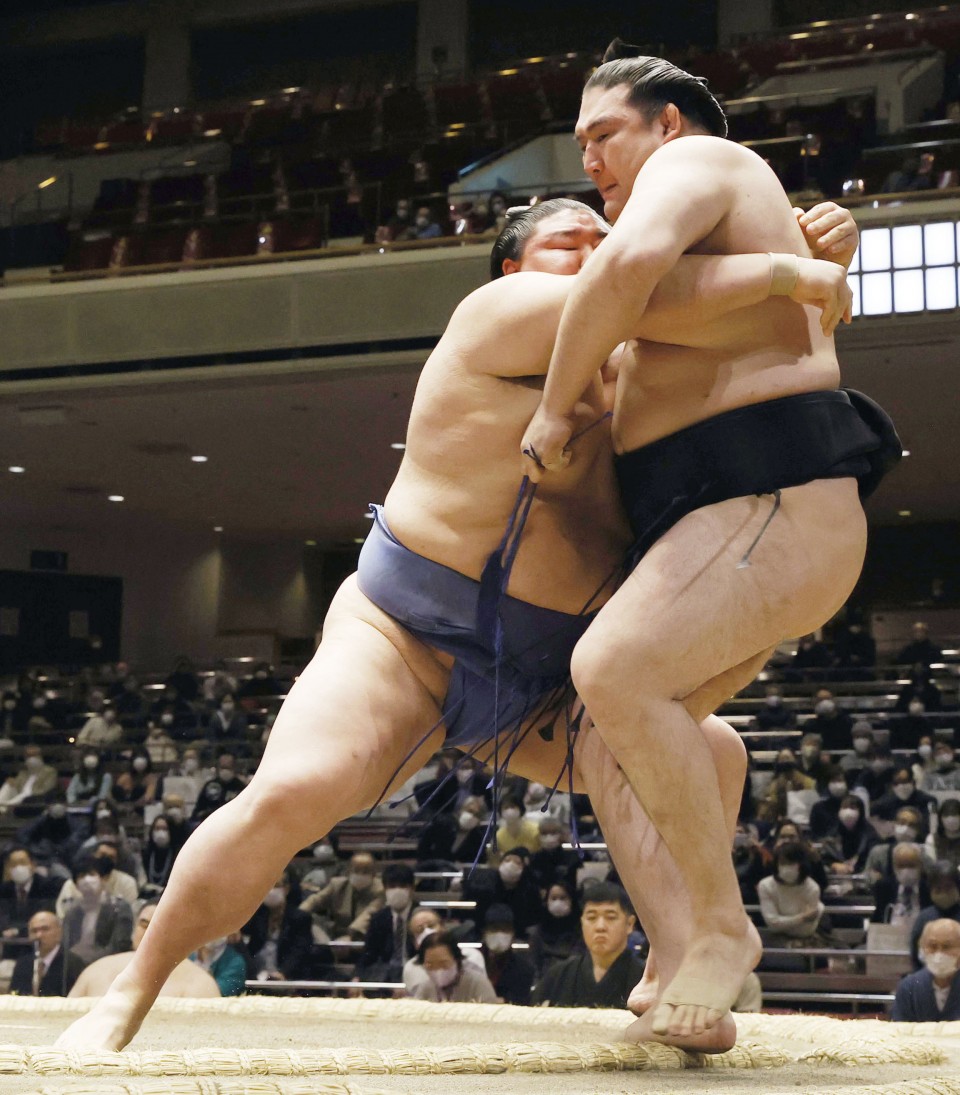 Ozeki Asanoyama was unable to keep pace with the leaders at the 15-day meet, however, dropping two wins back with a loss to sekiwake Terunofuji.

Following an underwhelming win the previous day against No. 5 Okinoumi, Shodai (10-2) was in control from the outset against Ryuden (4-8), handing him a losing record via a quick force out.

In the day's final bout, current and former ozeki met chest to chest before Terunofuji (8-4) secured a winning record by wrenching Asanoyama off balance and dragging him over the straw.

The win was Terunofuji's fourth straight against Asanoyama (8-4) since July, when he won the Emperor's Cup in his makuuchi division comeback tournament.

"I focus on my own sumo. I don't really think too much about who I'm meeting, I just take each day as it comes," Terunofuji said.

In a frenetic battle that saw the momentum shift back and forth, Daieisho (10-2) narrowly avoided getting shoved out before thrusting down Meisei (8-4) while backpedaling on top of the straw.

No. 12 Ichinojo (8-4) earned his all-important eighth win by slapping down No. 3 Onosho (7-5). The towering Mongolian has posted three straight winning records since making his return to the top division following a run of injuries.

"There have been some good moments, and some bad, but I've been determined to do my best," Ichinojo said.

Kotonowaka's Sadogatake stablemate, No. 3 Kotoshoho, finally broke an 11-match losing streak to start the tournament by pushing down No. 8 Tokushoryu (2-10) at the edge.

Sekiwake Takanosho improved to 7-5 with a win over No. 5 Endo (5-7), withstanding an early flurry from the maegashira before twisting him off balance and pushing him out. 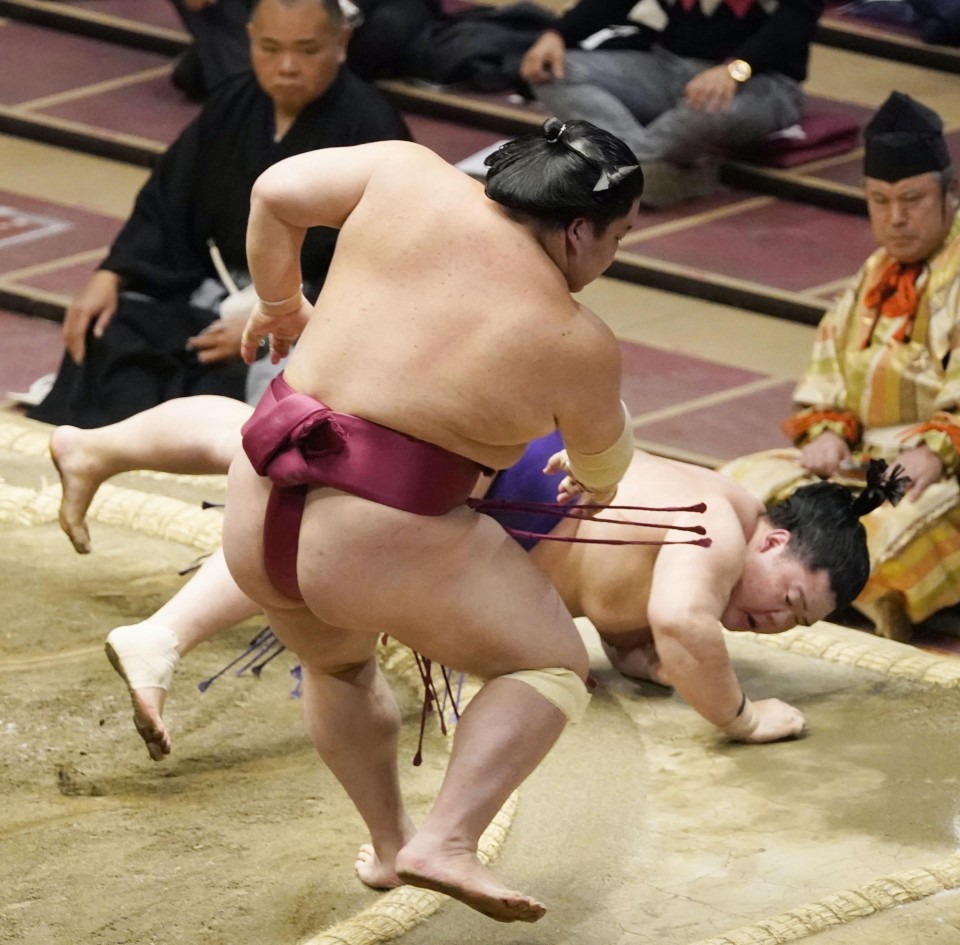 Komusubi Takayasu remained one victory away from a winning record at 7-5. The former ozeki was forced out by No. 5 Okinoumi (7-5), while the other komusubi, Mitakeumi, advanced to 7-5 by toppling No. 4 Tamawashi (5-7).

Ozeki Takakeisho withdrew with an ankle injury on Day 10 of the meet, which is missing a postwar-record 17 wrestlers from the top two divisions, 15 of them due to the coronavirus.