After sitting out nearly three weeks due to coronavirus safety measures, Rui Hachimura said Saturday his return to NBA action has been "very difficult physically and mentally."

The second-year forward on Friday played his first game for the Washington Wizards since Jan. 11, scoring nine points and grabbing five rebounds in a 116-100 loss to the visiting Atlanta Hawks. 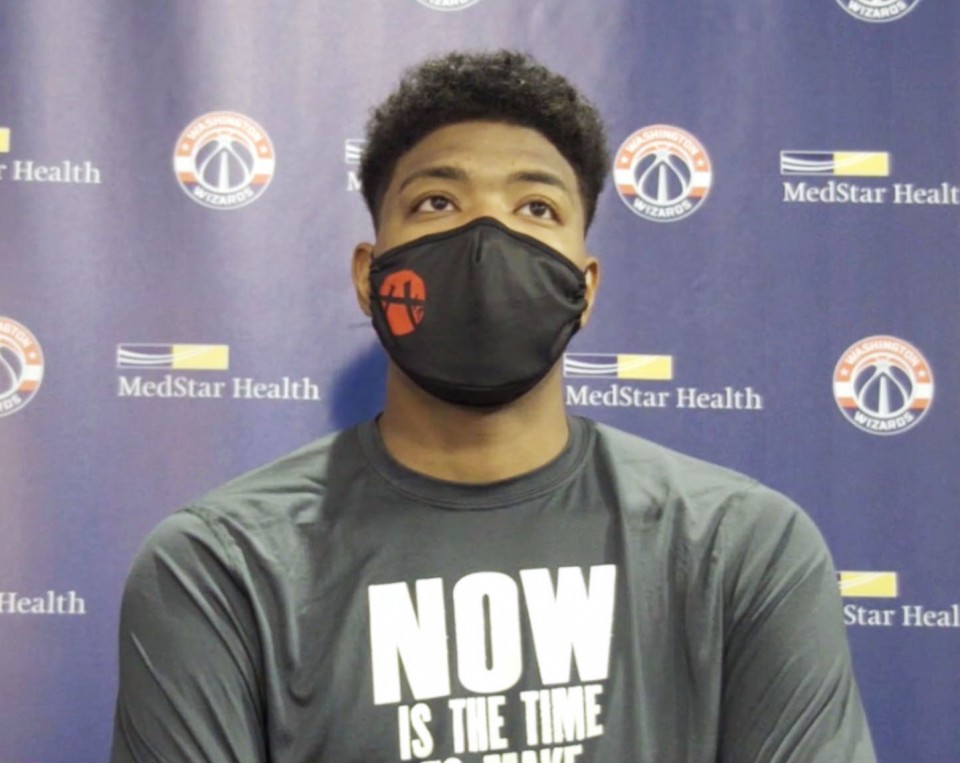 Washington had postponed six games after several players tested positive for the virus, but Hachimura and five teammates remained sidelined under the safety protocols when the team resumed its schedule last Sunday.

It was the second extended absence of the season for the 22-year-old Toyama Prefecture native, who missed the start of the Wizards' campaign with an eye infection.

"I played last night, but I think my mind wasn't right. I wasn't really focused on basketball."

The Wizards came into the season with high hopes after adding former MVP Russell Westbrook and promising Israeli rookie Deni Avdija to a roster anchored by All-Star guard Bradley Beal.

But despite Beal leading the league in scoring at 34.7 points per game, they have since compiled the worst record of three wins and 12 losses amid the interruptions from the virus, which have been compounded by several other injuries.

Hachimura is nevertheless confident Washington can turn things around with its full complement of personnel.

"It's hard...we haven't had our whole team yet. Every game somebody is out," said Hachimura, who is averaging 13.0 points and 4.6 rebounds from eight games this season.

"Of course we are very new -- Russ just got here, I just got here last year, Deni just got here. Brad's been here, but everybody else on the team has got injuries."

"I think (when) we start getting more chemistry, once we train together, I think we're going to be good."

In response to a question from a reporter, Hachimura credited conversations with his teammates for helping him continually improve his English after arriving at Gonzaga University three years ago with little grasp of the language.

"I was in an (English learning) program most of my school year. I was there for almost two years, I was just studying English. I think I learned more from my teammates, just communicating, hanging out, on the court, off the court," he said.