Rui Hachimura returned to action with nine points and five rebounds for the Washington Wizards on Friday in their 116-100 defeat to the Atlanta Hawks in the NBA. 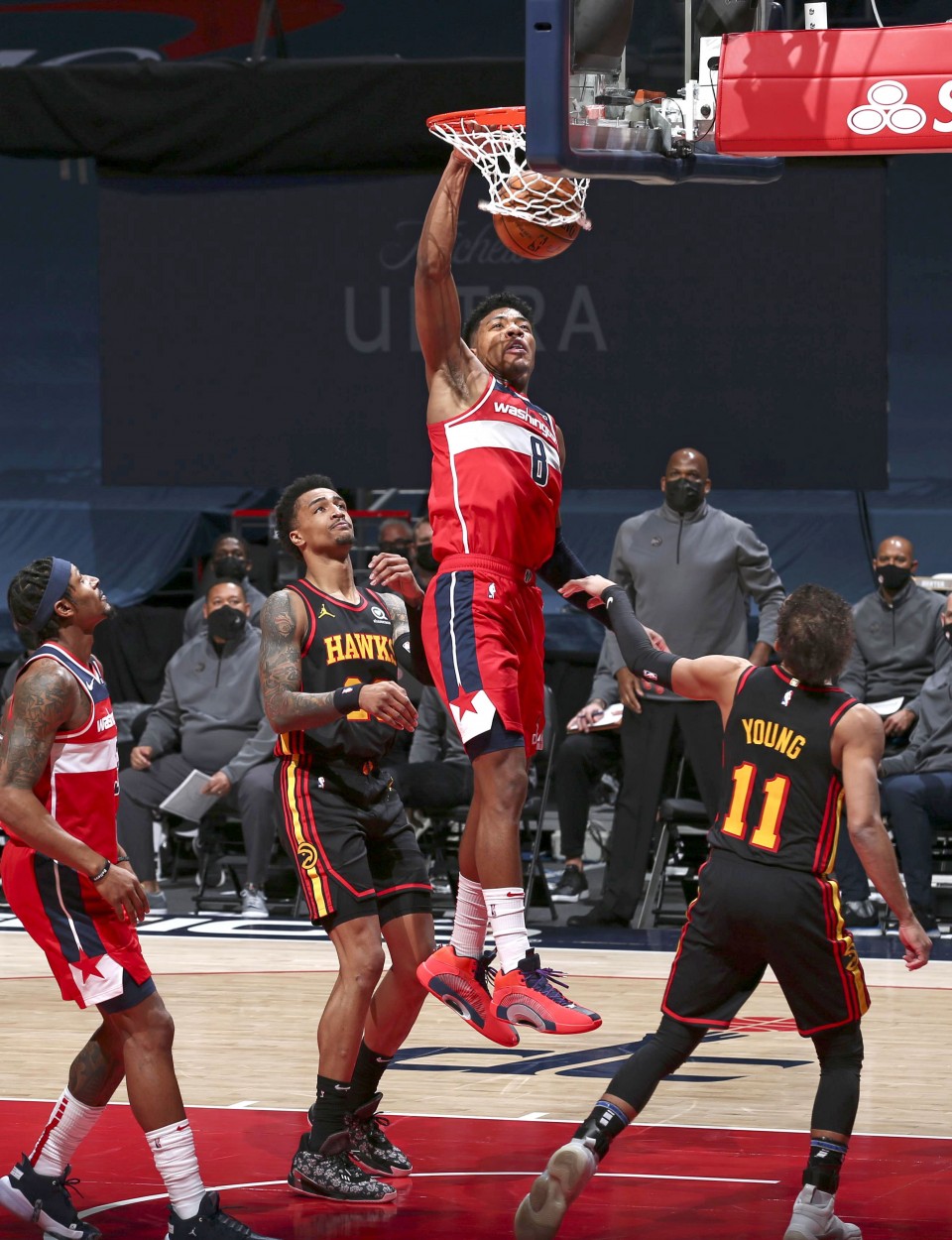 The Washington Wizards' Rui Hachimura (C) dunks the ball during a game against the Atlanta Hawks at Capital One Arena in Washington DC on Jan. 29, 2021. (NBAE/Getty/Kyodo)

The Wizards returned to action last Sunday following a six-game postponement after several players tested positive for the coronavirus, but Hachimura and five of his teammates remained sidelined due to safety protocols.

The Japanese forward played in a match for the first time since Jan. 11, but could not stop his team from falling to their fourth straight defeat in his 24 minutes and five seconds on the court. The result leaves the Wizards with three wins and 12 defeats this season.

Compatriot Yuta Watanabe came off the bench and scored a personal-high 12 points for the Toronto Raptors in their narrow 126-124 defeat to the Sacramento Kings.

The forward's 24 minutes and 27 seconds on the court was his longest this season. The third straight defeat for the Raptors leaves them with a 7-12 record.