"We earnestly call for (U.S.) participation in the treaty," said Michiko Kodama, 82, assistant secretary general of the Japan Confederation of A- and H-Bomb Sufferers Organizations at a Tokyo press conference. 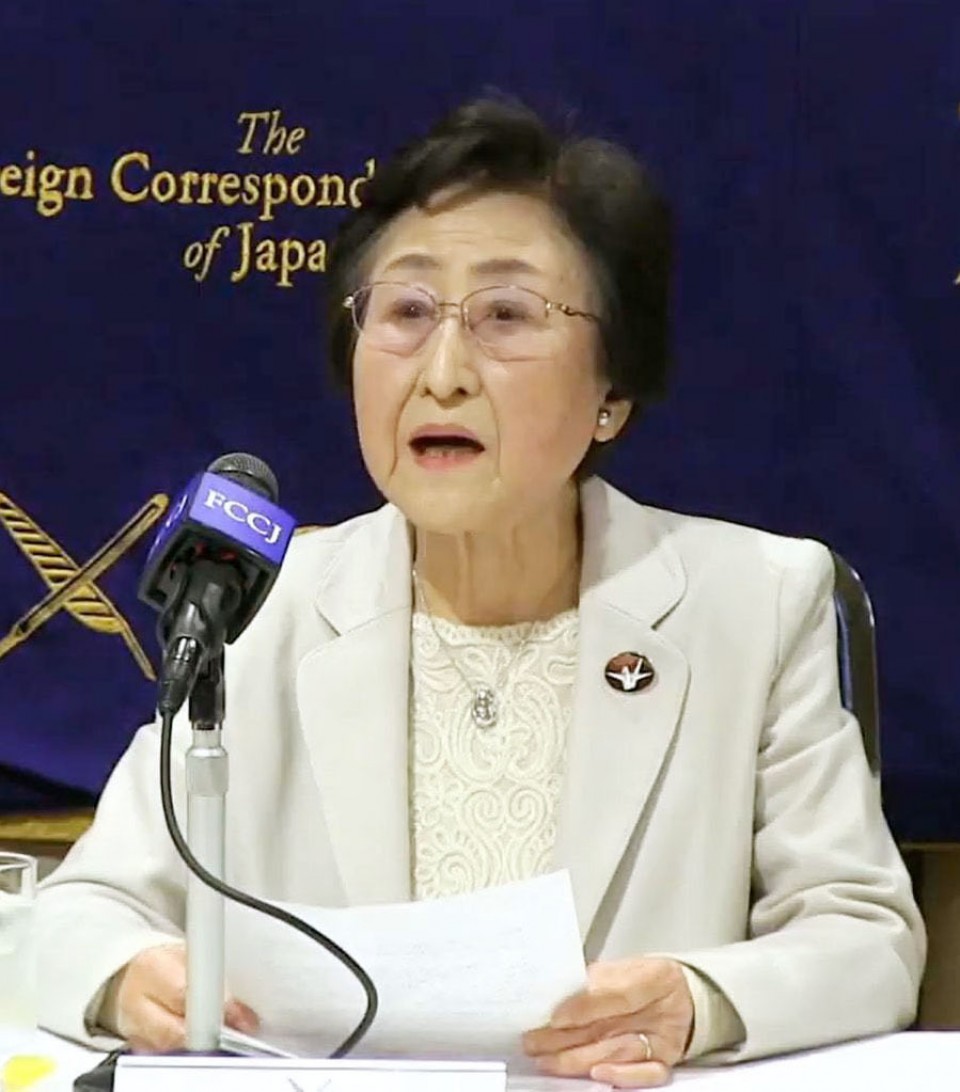 Screenshot taken on Jan. 21, 2021, shows Michiko Kodama, assistant secretary general of the Japan Confederation of A- and H-Bomb Sufferers Organizations, speaking at a press conference in Tokyo. (Kyodo)

The Treaty on the Prohibition of Nuclear Weapons adopted in 2017, the first international pact outlawing the development, testing, possession and use of nuclear weapons, will enter into force Friday after 50 countries ratified it.

However, nuclear weapon states, such as the United States, Russia and China, are not part of it.

Kodama said she wants Biden to remember World War II and keep alive the memory those who perished in Hiroshima and Nagasaki just as he grieved the victims of COVID-19, the respiratory illness caused by the novel coronavirus.

The mayors of Hiroshima and Nagasaki also asked in a joint letter to Biden if he would visit the two cities and take part in a meeting of the parties to the nuclear ban treaty, local officials said.

In August, Biden, who was vice president under Barack Obama, said he will strive for a world without nuclear weapons and criticized his Republican predecessor Donald Trump for undermining past efforts to curb the dangers of such arsenals.

"I will work to bring us closer to a world without nuclear weapons, so that the horrors of Hiroshima and Nagasaki are never repeated," Biden said in a statement released on the 75th anniversary of the dropping of the atomic bomb in Hiroshima, western Japan.

Akira Kawasaki, a campaigner of the International Campaign to Abolish Nuclear Weapons, which won the Nobel Peace Prize in 2017 for its efforts that led to the adoption of the nuclear ban treaty, told the Tokyo news conference he hopes the Biden administration will "cease to put pressure on countries supporting the pact."

Japan has not signed the pact in consideration of its security alliance with the United States, which offers the shelter of a nuclear umbrella. The treaty only binds those states which have formally signed and ratified it.

Kodama's group has collected more than 13.7 million signatures calling for all nations to join the nuclear ban treaty in a campaign launched in 2016 and submitted them to the United Nations earlier this month.

14 minutes ago | The Kyoto Shimbun