Atomic bomb survivors and anti-nuclear activists urged Japan on Sunday to ratify a U.N. treaty banning nuclear weapons, saying Tokyo should take the lead in achieving a world free of such weapons.

Speaking in an online event, Setsuko Thurlow, a Canada-based atomic bomb survivor and peace advocate, criticized Japan's reservations about the Treaty on the Prohibition of Nuclear Weapons under former Prime Minister Shinzo Abe, who stepped down last month after nearly eight years in power. "I would like Prime Minister Yoshihide Suga to see the reality in a flexible way without doing the same thing as his predecessor," Thurlow said. 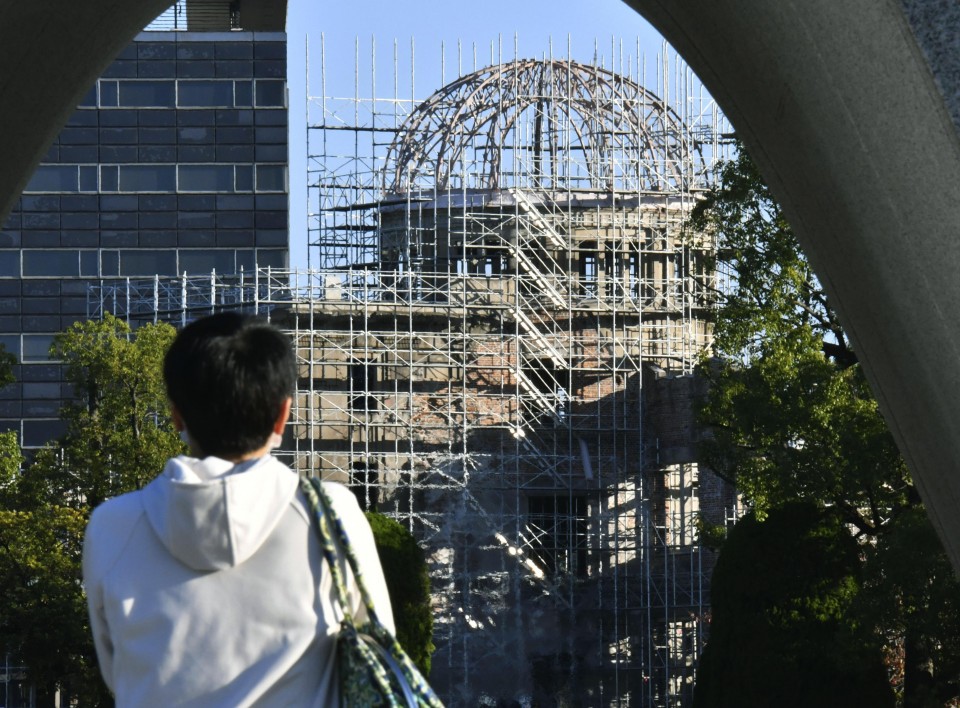 She was speaking hours after the United Nations said 50 countries had ratified the 2017 treaty, a move that paved the way for its entry into force on Jan. 22.

The activist, who survived the 1945 U.S. atomic bombing of Hiroshima at age 13, said that achieving the abolition of nuclear weapons would take a long time and that she would like to take a step at a time toward that end.

She was speaking at the event organized by Peace Boat, a Japanese nongovernmental organization.

Separately, the Japan Confederation of A- and H- Bomb Sufferers Organizations, a Tokyo-based body for nuclear and hydrogen bomb survivors, urged the Japanese government to change its policy, which relies on a nuclear umbrella provided by its security ally the United States.

"The government should shift its nuclear policy, swiftly ratify the treaty and take the lead in realizing a world free of nuclear weapons," the group also known as Nihon Hidankyo said in a statement.

The mayors of Hiroshima and Nagasaki, the two Japanese cities devastated by atomic bombings, also welcomed the ratification as creating momentum for the elimination of nuclear weapons.

In an address at a civic gathering in front of the Atomic Bomb Dome near ground zero, Hiroshima Mayor Kazumi Matsui said the ratification reflected the view of atomic bomb survivors and the public that "nuclear weapons are an absolute evil."

Matsui told reporters, "I want the Japanese government to work and make the treaty work effectively" now that debate on implementing the pact will start.

Nagasaki Mayor Tomihisa Taue in a press conference urged the government to participate as an observer in a meeting of signatories after the ratification.

Toshiyuki Mimaki, acting head of the atomic bomb survivors in Hiroshima, said the ratification by the 50 countries had established a basis to press nuclear powers and those under a nuclear umbrella to abolish nuclear weapons.

Speaking at a news conference in the western Japan city, Mimaki, 78, urged the government to ratify the treaty, saying, "Can the (only) atomic-bombed country just stand by and watch developments from the sidelines? I would like the government to change its attitude."