A couple in eastern Japan were arrested for allegedly neglecting their 3-month-old daughter and not seeking medical attention, causing her death, police said Wednesday.

Yuki Kanai, 29-year-old, and his 28-year-old wife Azusa, are suspected of not properly caring for their fourth daughter, Kia, who became malnourished and underweight due to an injury that left her unable to drink milk in August last year, the police said. 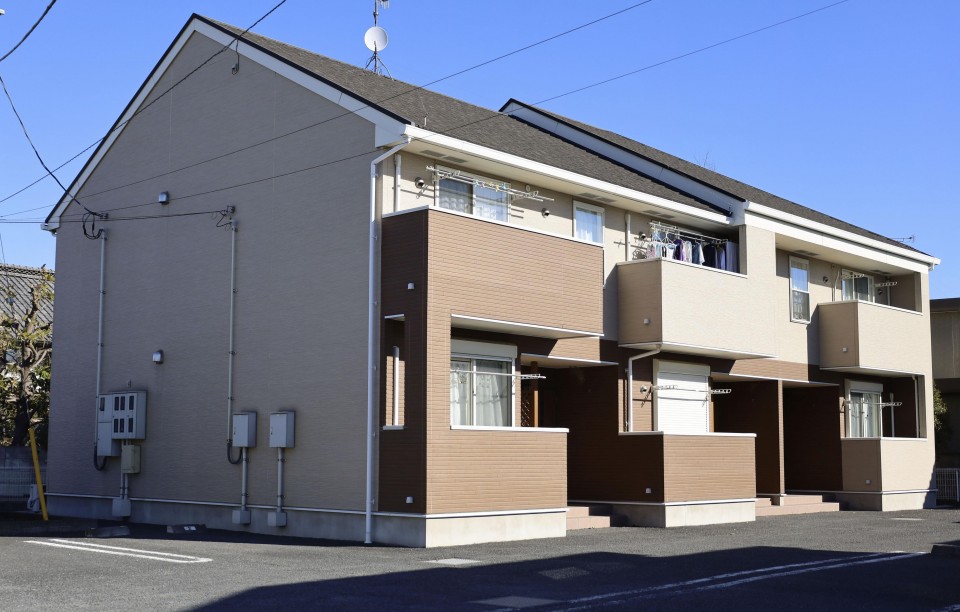 An apartment in Misato, Saitama Prefecture, where Yuki Kanai and his wife Azusa are suspected of neglecting their 3-month-old daughter who died last year, is pictured on Jan. 20, 2021.(Kyodo)

Mother sentenced to 9 years in jail in child starvation case

Japan to survey cases of sexual violence among abused children

The parents from the town of Misato, Saitama Prefecture, north of Tokyo, did not take the daughter to the hospital, which could have prevented her death in September, according to the prefectural police.

As an autopsy showed the baby's ribs and other bones were broken, the police are investigating the parents for physically abusing the child.

The police said the father admitted to injuring the daughter and quoted him as saying, "I didn't seek medical treatment (for my daughter) because I didn't want to be arrested for abusing" her.

The mother was also quoted as telling the police, "My husband refused to take (her) to hospital, and I obeyed him."

When the police received a report of a baby's noisy crying on Aug. 23, officers visited Kanai's home that day and the following day. But they did not find that Kia or the other children had been injured.

The officers decided that it was not child abuse but reported the incident to the town government and a local child consultation center, the police said.

On Sept. 11, the mother made an emergency call, reporting that Kia's body turned pale. She was showing no vital signs and was later pronounced dead after arriving at the hospital.

The baby was suffering from bacteremia, which resulted in bodily dysfunctions, and her weight was below the average of children of the same age, the police also said.