The major stakeholders in this year's Tokyo Olympics denied on Friday a news report that the Japanese government has privately concluded the games will have to be canceled due to the coronavirus and that the host nation is seeking to host them in 2032, the next available year. 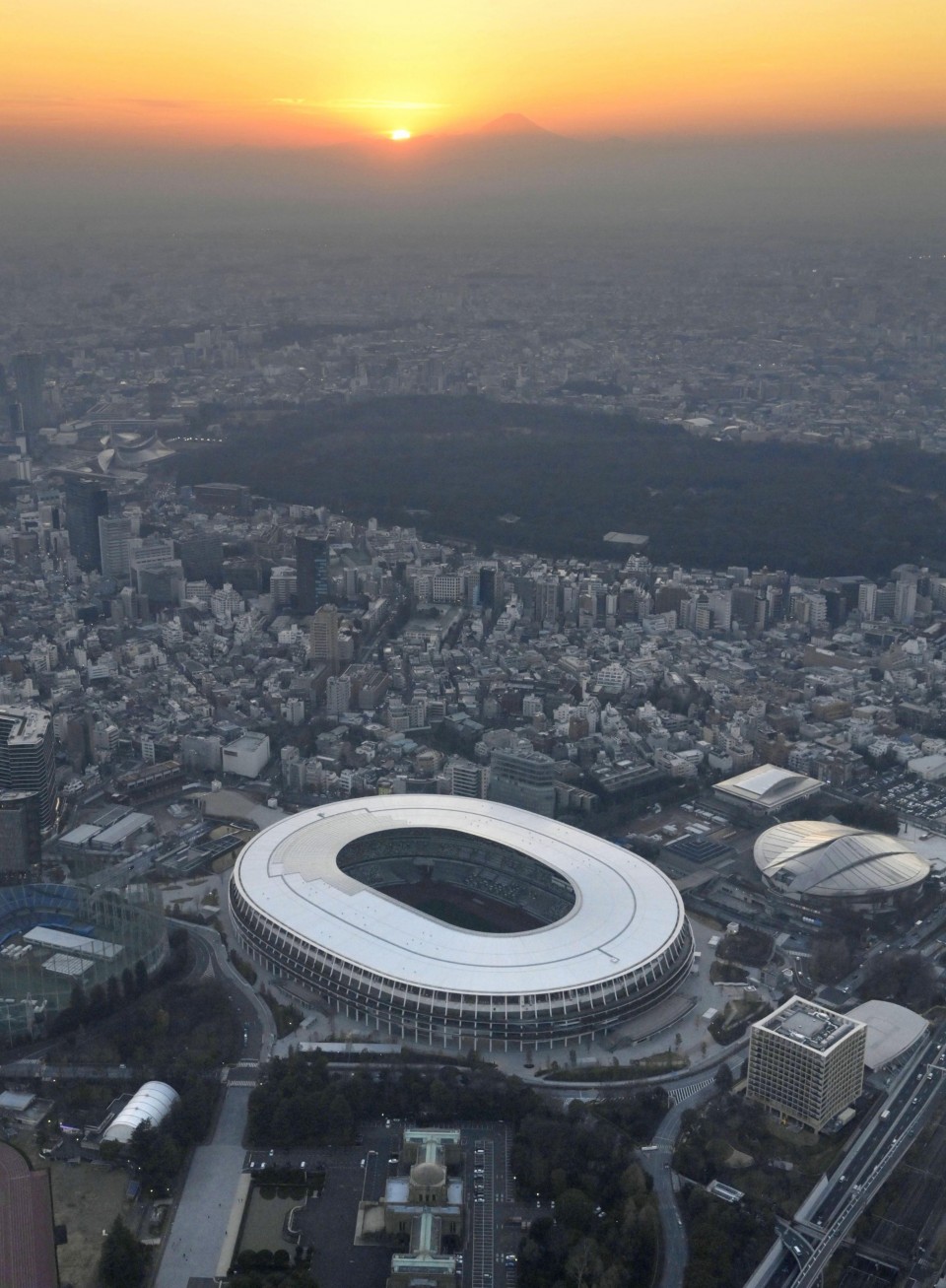 Photo taken from a Kyodo News helicopter on Jan. 21, 2021, shows the National Stadium, the main venue of the Tokyo Olympics and Paralympics. The half-year countdown to the games that have been postponed to the summer of 2021 due to the coronavirus pandemic is set to start Jan. 23. (Kyodo) ==Kyodo

The IOC reiterated the Japanese government's response to the report, calling it "categorically untrue," while the IPC issued a broad statement of unity.

"The IPC, IOC, Tokyo 2020 Organizing Committee and all delivery partners are fully committed and focused on delivering safe and secure Olympic and Paralympic Games this summer," the IPC said in its statement. "This position has not changed and has been confirmed once again today by the IOC, Tokyo 2020 and the Japanese government."

The Times quoted a senior member of the ruling coalition as saying there is agreement that the games, already postponed a year from the summer of 2020, are doomed and the aim now is to find a face-saving way of announcing the cancellation that leaves open the possibility of Tokyo playing host at a later date.

"We would like to fully deny (the report) by saying there is no truth to it (report of cancellation)," Deputy Chief Cabinet Secretary Manabu Sakai said at a regular press conference.

"Of course we have to take into account the situation abroad, and we will decide on whether to actually hold the event at some point, but until then, the Japanese government will do what needs to be done," he said.

Prime Minister Yoshihide Suga, who has repeatedly said holding the games would be "proof that humanity has defeated the virus," told the Diet the same day that the government is "considering specific anti-virus measures" to realize a safe games.

Tokyo Gov. Yuriko Koike also dismissed the report, saying that cancelation and postponement of the games have not been discussed. "I think we should submit a complaint," she said at a press conference.

The IPC explained some of the planning already in place to combat the virus' threat and the rationale behind the confidence expressed.

"In early February, the IOC, IPC and Tokyo 2020 will publish the first editions of Playbooks targeting Games stakeholders. These Playbooks will start to explain exactly how we aim to deliver this summer's event and outline the personal responsibilities each person attending the Games must follow to ensure safe and secure Games," the statement read.

"By the time of the Games this summer, we are optimistic that daily case numbers will be much lower than during these dark winter months."

On Thursday, International Olympic Committee chief Thomas Bach told Kyodo News in an online interview that there is "no plan B" even as doubts grow amid a sharp resurgence of coronavirus cases in the capital and other major cities in Japan.

"We have at this moment, no reason whatsoever to believe that the Olympic Games in Tokyo will not open on the 23rd of July in the Olympic stadium in Tokyo," Bach said in the interview two days ahead of marking six months until the rescheduled event begins.

Despite the IOC and the Japanese government reiterating their determination to hold the Olympics this year, the situation is becoming increasingly uncertain with the virus resurgence in the country.

The central government declared a state of emergency on Jan. 7 in the Tokyo region and expanded it six days later to some other major prefectures including Osaka, Aichi and Fukuoka.

A Kyodo News poll earlier this month showed around 80 percent of the respondents in Japan believe the Tokyo Olympics and Paralympics should be canceled or rescheduled.